For lovers of colorful Time Management fun that is both clever and challenging, Viking Heroes is a must-play.

After the many successes of Viking Brothers and Viking Sisters series, Yustas Games Studios brings it all full circle with the ultimate crossover – Viking Heroes. For the first time, brothers Everand and Boromere and sisters Helga and Brunnhilde joined forces to defeat an evil sorcerer who has unleashed her powers on Midgard. Are you ready to embark on the franchise’s most thrilling adventure yet? 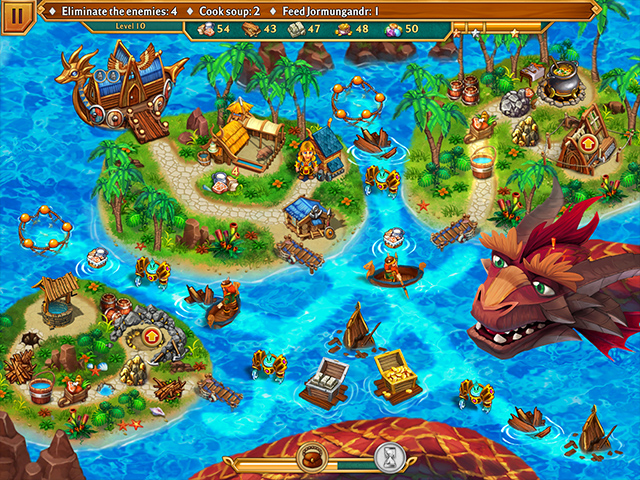 For fans of this best-selling Time Management series, Viking Heroes goes above and beyond to exceed their expectations. The Vikings theme remains fresh with plenty to imaginative themed elements to keep the game exciting throughout. While the storyline is not the focus, it adds some context to the events that are happening in the game which helps up the entertainment value.

The core gameplay of Viking Heroes is not much different from other Time Management games. However, as previously mentioned, the Vikings theme keeps driving the game’s momentum and allows it to be playful and experimental with the tasks. Amongst the piles of straightforward Time Management tasks, there is also plenty of fun themed tasks that change from level to level. 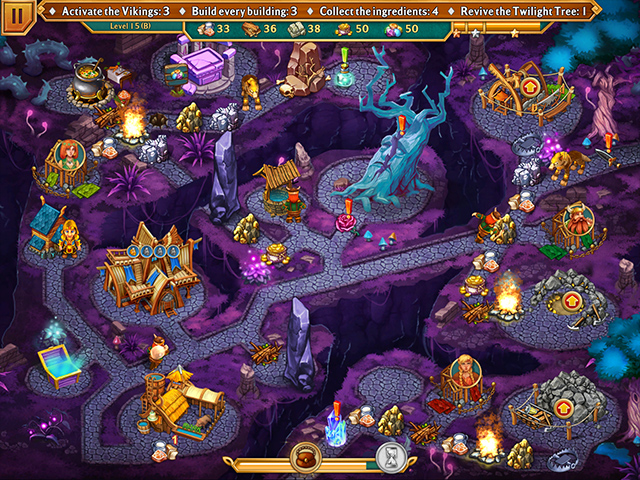 Moreover, Viking Heroes benefits from some clever and creative level designs. Although the base gameplay is familiar, the little thoughtful details and twists here and there really make the game shine. For example, one of my personal favorite new features is how resources production stations pile up multiple batches of resources even if you did not collect the first batch as soon as it was produced. Viking Heroes offers three modes of gameplay; easy, normal, and hard. Playing on the normal mode, I often find it quite challenging to score three stars on the first try. This is because the levels are designed so that strategy is required as much as the ability to think on your feet.

To top it off, Viking Heroes is a gorgeous game. The fantasy visual elements really let the vibrant graphics pop and the wide spectrum of the color palette keeps the visuals engaging from the very first level to the very last. The game’s background music is upbeat and melodic and most importantly, exudes an infectious positive energy that is hard to deny. 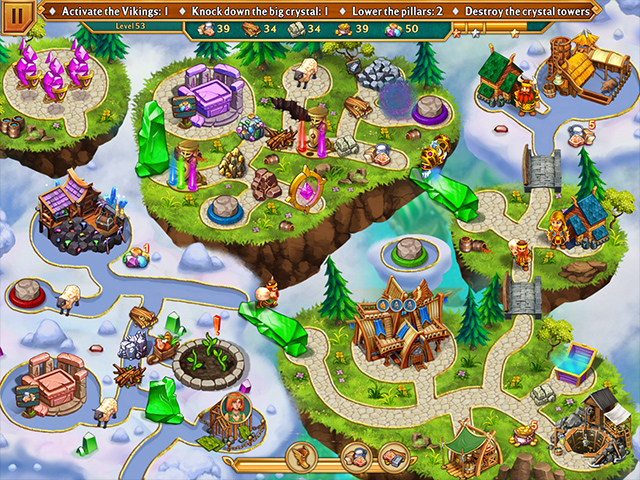 For lovers of colorful Time Management fun that is both clever and challenging, Viking Heroes is a must-play.

by All About Casual Games on February 20, 2020
From Yustas Games Studio, the creators of current bestsellers including Weather Lord and Rose Riddle series comes a new Western-themed Time Management game. Help the Wild West hero build railroads from coast to coast and connect small towns across the country in a new family-friendly favorite – Golden Rails: Tales of the Wild West! Given […]
Comments
Leave a reply