Jewel Match Twilight 3 is an entertaining and addicting Match 3 extravaganza that is jam-packed with cool features and extra content.

Over the years, the Jewel Match franchise has gotten adept (and extremely efficient) at churning out new sequels, both in with its many Match 3 installments and its themed solitaire spin-offs. Jewel Match Twilight 3 is the third Halloween-themed game for the franchise’s Match 3 arm – while it might be several months out of season, the fun still remains. 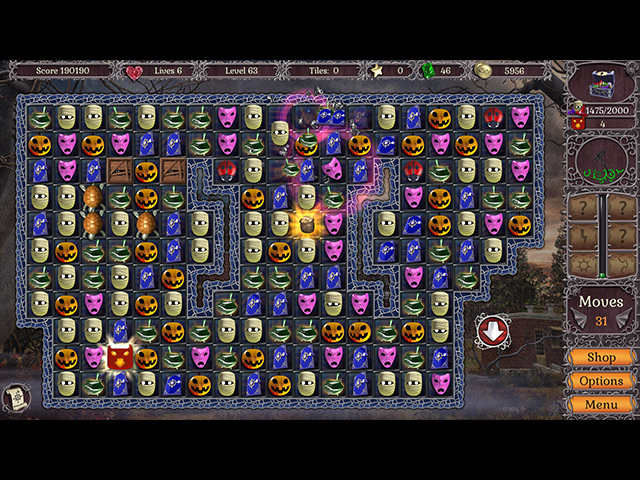 At its core, Jewel Match Twilight 3 is simply a spooky Match 3 game, but what lies on top of that tried-and-true premise is not so simple. In fact, this might be one of the most complex Match 3 games in the casual games market today. Jewel Match Twilight 3 comes in two difficulty levels and three modes; limited moves, limited time, and relaxed. These modes can be changed at the beginning of each level, which is a nice touch. Levels can also be accessed through the map and replayed later on in a different mode if you desire.

Jewel Match Twilight 3 benefits from having creative and complex level designs, which in turn also make the game a challenging one. Each level usually contains multiple rooms, which you can move into once your current room is completed according to the objectives. There are also special rooms such as magic rooms and crystal rooms, which are optional and are solely there so you can have some extra fun collecting coins and other bonuses to unlock puzzles outside the main game. The Match 3 levels also contain a wide variety of Halloween-themed obstacles, boosters, and mechanics. These are often innovative and exciting, effectively keeping the player anticipating what the game has in store for the next level. 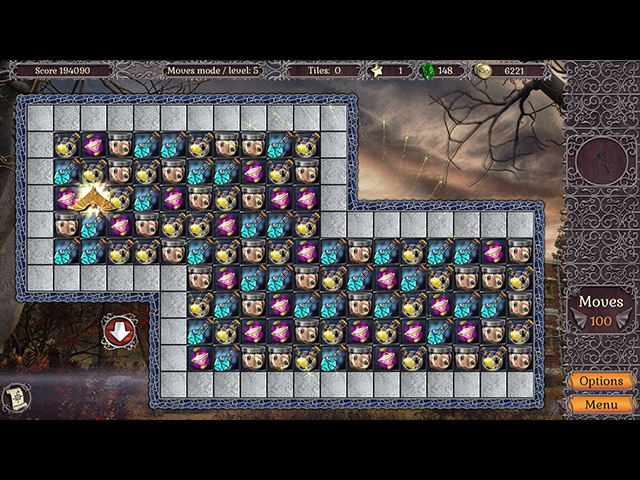 Clearing Match 3 boards can bee fun and all, but playing through the game’s 180 massive levels can be quite tiring. Jewel Match Twilight 3 makes sure to spice things up every so often by offering plenty of additional features outside the main gameplay. This includes scenes to decorate, imaginative challenge levels, extra puzzles and hidden object scenes, and a shop with various power-ups to purchase.

Presentation-wise, Jewel Match Twilight 3 totally nails the Halloween theme. The visuals are leaning more campy than creepy, but there is certainly nothing wrong with that. The color palette is generally dark with bright colors that are generously used to highlight Match 3 tiles and other areas as needed. Moreover, the game utilizes animations and special effects incredibly well, especially since there is a large amount of moving elements on each scene. It can be argued that the art style is a little outdated and not as sophisticated as some of the franchise’s other entries, but that is subjected to personal preference. 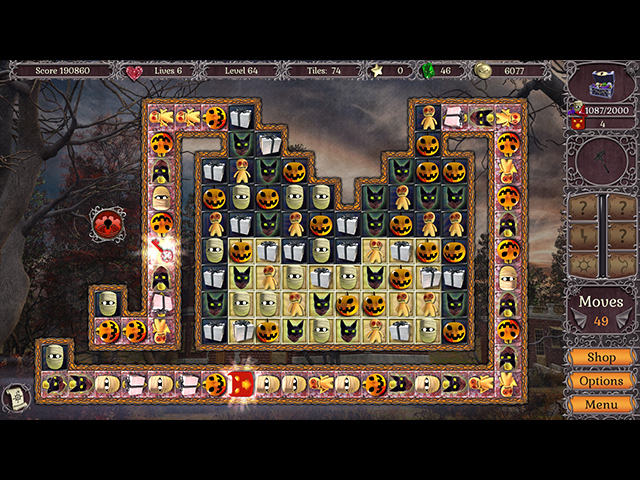 Jewel Match Twilight 3 is an entertaining and addicting Match 3 extravaganza that is jam-packed with cool features and extra content.

Paranormal Files: Trials of Worth – Review

by All About Casual Games on March 31, 2020
Rick Rogers is back for a new thrilling case in the fifth chapter of the popular Paranormal Files series from Elephant Games. Two archeologists are found in catatonic states after they came across mysterious artifacts during their expedition. Can you help Rick solve this paranormal case and not get under the influence of this mythic […]
Comments
Leave a reply