Beyond the Kingdom 2 – Review Beyond the Kingdom 2 Collector's Edition

Beyond the Kingdom 2 is a polished and visually-pleasing game that will surely test your Time Management wits and skills.

The first Beyond the Kingdom was an instant hit when it was released in 2018. Now the fan-favorite Time Management series is back with a new sequel! Dark forces from all over are invading the once-peaceful Fairy Kingdom. The king has asked you, the hero of the kingdom, to join his loyal assistants and rid the kingdom of its enemies. 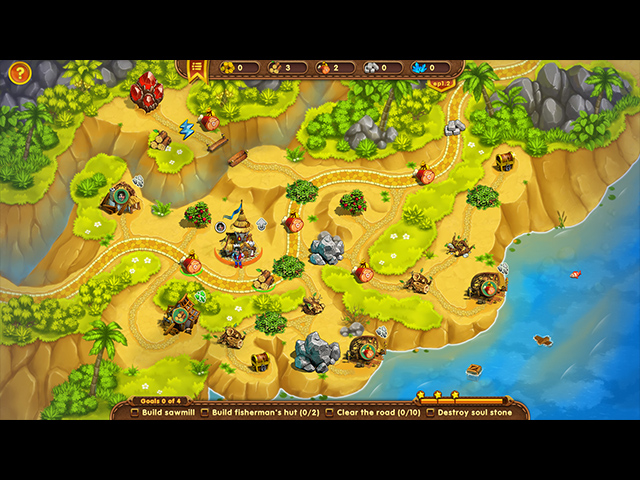 At its core, Beyond the Kingdom 2 is not much different from other recent time Management games. The main gameplay mechanics are familiar and most level objectives are predictable. However, it is the creative thematic twists that make this such a special game. From pirates to leprechauns and everything in between, you will encounter a variety of enemies that come to wreak havoc in the kingdom. These creatures usually come with interesting tasks for you to complete.

It is also worth noting how well-designed Beyond the Kindom 2 is. Each level requires you to strategize carefully in order to achieve the three stars goal. This is the perfect game for hardcore Time Management fans who crave being challenged as the difficulty of the game progresses quite rapidly. Moreover, this sequel also introduced some new features that were not presented in the predecessor. One main addition is the Druid, which can help you with a range of magical tasks such as replenishing dried-up bushes, changing one station type to another, and driving away enemies. 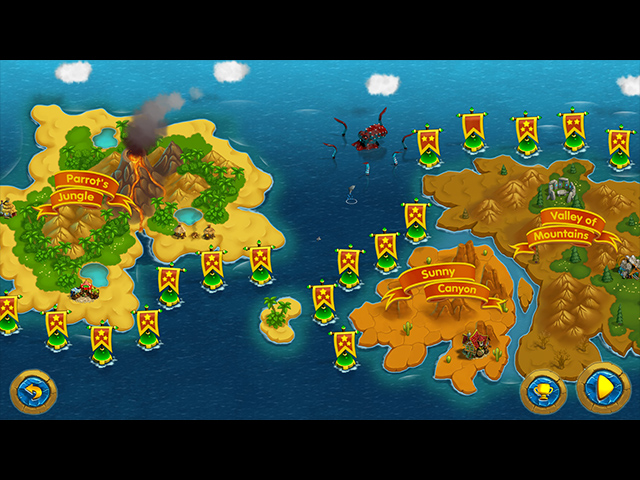 Beyond the Kingdom 2 spreads across 40 levels on seven different islands, so there is constantly a change in scenery. Every island has its own unique look and color palette so you are always excited about what comes next. Visually, the game is downright gorgeous. The colorful Medieval-inspired kingdom theme reminds me of the all-time great series Royal Envoy, which is certainly a compliment. All other production aspects including the animations and the music are well-done as well.

Another nice touch to the game is that it allows you to switch your difficulty settings level-to-level without losing your progress. Beyond the Kingdom 2 comes in three modes for all types of players – Relaxed, Casual, and Challenge. As for the Collector’s Edition package, it comes with 10 bonus levels, a strategy guide, wallpapers, soundtracks, and concept art. 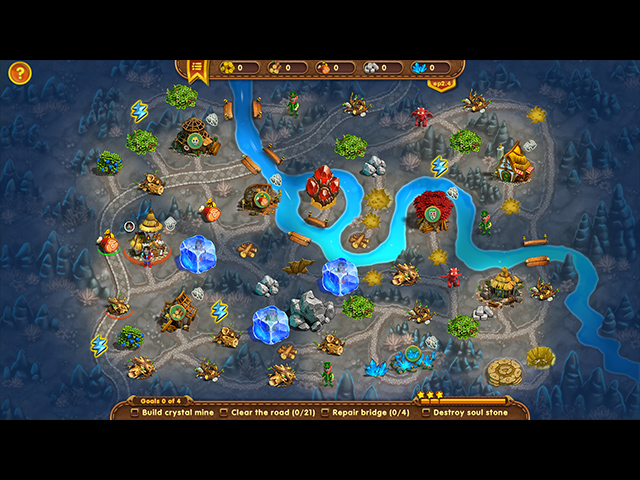 Beyond the Kingdom 2 is a polished and visually-pleasing game that will surely test your Time Management wits and skills.