Alice's Wonderland 2: Stolen Souls might not flow as smoothly as its predecessor, but it is still an imaginative Time Management game worthy of your time.

Alice is back in the magical Wonderland for a new adventure! In this fantasy Time Management sequel from Big City Lab, Alice is needed back in Wonderland again when The Queen of Spades used a powerful artifact to turn her friends against her. With her most loyal companions, White Rabbit and Mad Hatter missing – it is up to her to stop the evil queen from wreaking havoc across the land in Alice’s Wonderland 2: Stolen Souls. 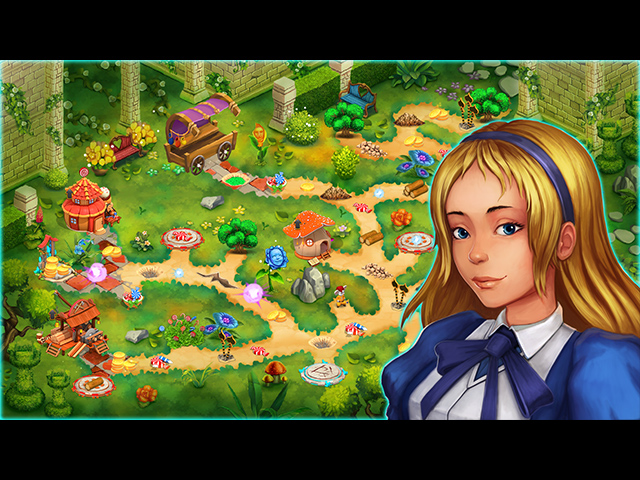 The first Alice’s Wonderland game was an absolute delight so I for one was super ecstatic for this sequel. Alice’s Wonderland 2: Stolen Souls maintains the same fairy tale concept from the first game. The game smartly incorporates fascinating and creative twists into familiar Time Management mechanics. This includes, but not limited to, Alice needing to collect “imagination” before casting spells, the Tweedle workers collecting candies as their energy source, and exchanging goods at spots here and there.

Part of what makes Alice’s Wonderland 2: Stolen Souls such an entertaining game to play has to with its plenty of fun and quirky characters. These characters not only have a role to play in the storyline but are also crucial in adding new elements and tasks to the gameplay itself. The game never gets stale or boring throughout its 40 main levels because new and interesting elements keep being introduced and added to the gameplay. 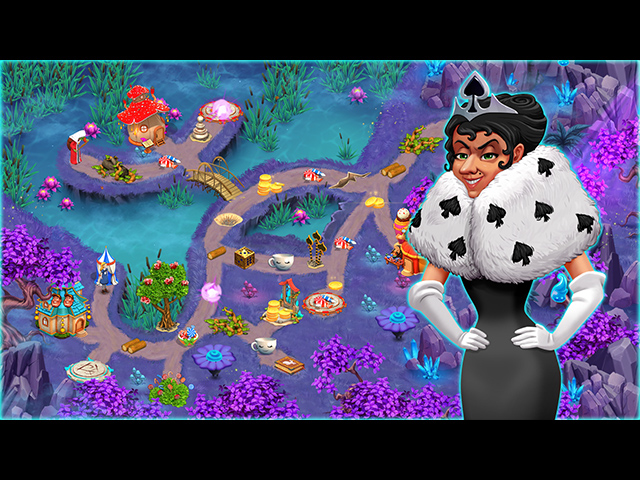 In terms of the game’s sights and sounds, they are nothing short of delightful. Alice’s Wonderland 2: Stolen Souls features bright graphics, charming animations, and impressive artwork – immersing the player right in the wonderland. I personally prefer the calmer, more relaxing color scheme of the first game, but the bold colors used in this sequel make for a nice change as well. On the audio side, the background music is fantastic. The general rhythm is fairly upbeat, but not to the point that induces panic or feels distracting. The lovely melodies and instrumentals add another layer of magic to the game.

Despite its light-hearted tone and a lively theme, Alice’s Wonderland 2: Stolen Souls can also be frustrating at times. This is because the base challenge level of the game is relatively high compared to other games of its kind. Most levels require some sort of strategic planning before the level begins, which usually makes the game more complex and entertaining. However, there is a handful of levels in this game that require you to replay the level from the beginning if you make one wrong move or do not strategize properly. Although the game comes in three difficulty modes, veteran Time Management players might even struggle to keep up three stars streaks playing on the normal mode.

Given how difficult the game can be, the Collector’s Edition should have at least come with a strategy guide. Nonetheless, it includes a fair share of other extras; 12 bonus levels, 2 bonus mini-games, wallpapers, concept art, soundtracks, and extra achievements. 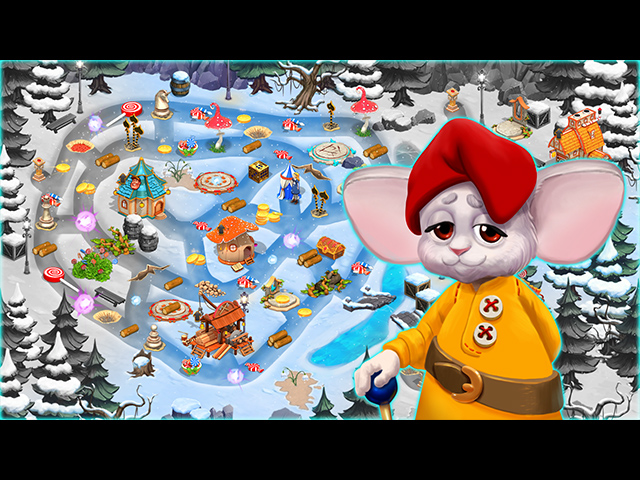 Alice’s Wonderland 2: Stolen Souls might not flow as smoothly as its predecessor, but it is still an imaginative Time Management game worthy of your time.

by All About Casual Games on August 12, 2020
Not even a year has passed since the release of Alice’s Wonderland: Cast In Shadow, and we are already on the third installment. In Shackles of Time, Alice is grappling with her emerging adulthood while Wonderland falls for a curse and is frozen in time. Can you help Alice save her friends once again? The […]

by All About Casual Games on October 6, 2019
Alice’s Wonderland: Cast In Shadow Review – A New Fairytale Time Management Game Join Alice on her epic adventure through the treacherous Wonderland! Big City Lab presents a brand-new Time Management game that has you playing alongside Alice as she encounters her many friends and foes on her quest to stop her most dangerous enemy, […]
Comments
Leave a reply