Northern Tales 5: Revival is a triumphant return of the universally-adored Time management series.

The best-selling Time Management series Northern Tales is back for another epic sequel! When Hesta’s henchmen attacked the Vikings of the North, Ragnar must return to Earth to help his people. Can you defend the courageous Vikings from the evil spirits in Northern Tales 5? 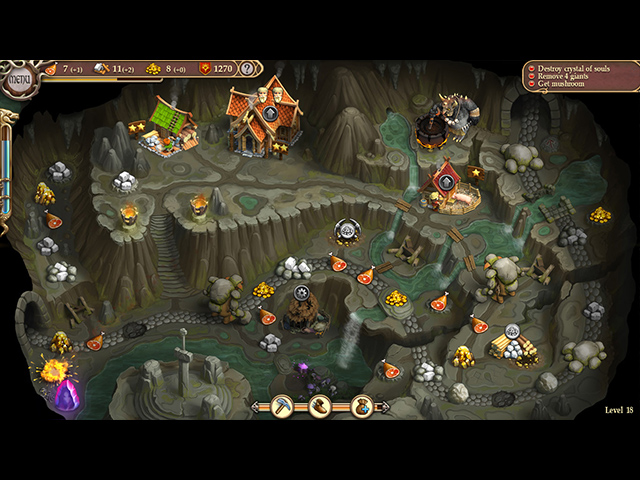 Five and a half years after Northern Tale 4, this beloved resource-management series is brought back by Whiterra Studio, Qumaron‘s partner studio. Regardless of the long hiatus, Northern Tales 5: Revival miraculously maintains all the series’ charm and entertainment values from the old days. Although as of late, the Vikings theme in Time Management is dominated by the Vikings Brothers series and the storyline here is far from original, Northern Tales 5 still manages to captivate and engage through expertly-crafted and thoughtful gameplay.

With the option to select from three difficulty modes (including an untimed mode), Northern Tales 5: Revival can be enjoyed by all types of players. The difficulty progression from level to level is reasonable and gives you sufficient time to familiarize yourself with new mechanics so you are not thrown out of balance when things kick into gear. The level design here is also extremely clever, with plenty to challenge and complex scenarios that require some serious strategizing. 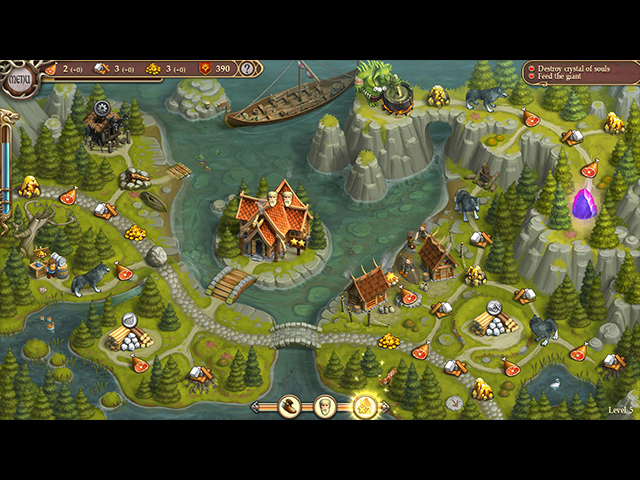 From extremely obscured hidden objects to rotating power-ups, there is enough variety in Northern Tales 5: Revival to make each of the 40 levels feel unique and refreshing. Since past Northern Tales installments featured 50 levels as standard editions, this sequel feels a little short with 40 levels and 6 bonus levels. Nonetheless, there is no denying the quality of the game, especially with such superb production values.

Apart from the six bonus levels, the Collector’s Edition also comes with a few extra features. This includes wallpapers, soundtracks, and achievements. However, the strategy guide is nowhere to be seen, which would have been incredibly useful considering the layered nature of the game. 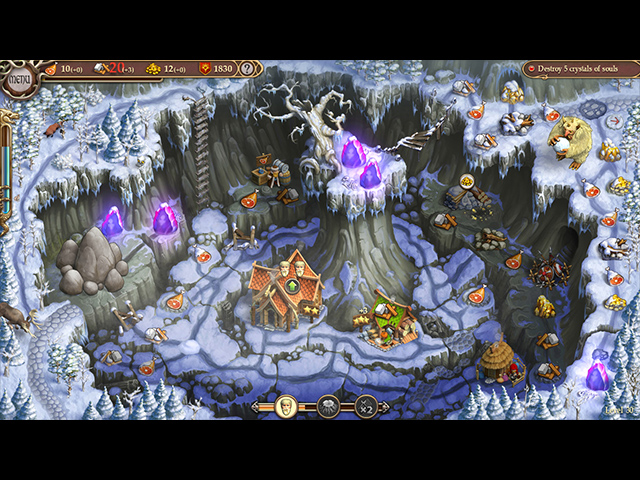 Northern Tales 5: Revival is a triumphant return of the universally-adored Time management series.

by All About Casual Games on August 9, 2020
In Roads of Rome: New Generation III, Rome is flourishing and their trade relations with the Gallic are going smoothly. That is until one Gallic leader decides to revolt and gather an army to march on Rome, are you ready for a battle? Qumaron (formerly Realore) is well-known for its brilliant Time Management series – […]

by All About Casual Games on August 17, 2019
General Flavius of Britons is up for a dangerous new journey! After ridding the land of Britons of the Filth in the first chapter, Flavius realized that he still needs to clear the source of the evil. Enter the Shadow Lands – the underworld for the dead souls of the Celts where the Filth has […]

by All About Casual Games on November 4, 2018
Five years after the conclusion of the fan and critic’s favorite Aantado trilogy, Realore sends us off on a new thrilling adventure with the Roman Adventures series. During the glory era of the Roman Empire, Caesar sent General Flavius to take over the British Isles from the Celtic people in an attempt to expand the Roman borders. […]
comments
Leave a reply