Hermes: War of the Gods – Review Hermes: War of the Gods does not take big risks, but there is still a lot to love in this high energy, supremely entertaining Time Management game.

In May 2019, Alawar released their new Time Management series Hermes: Rescue Mission to great success. Today, they are back with an even more ambitious sequel with Hermes: War of the Gods. It is the first day of the Olympics and a furious Goddess appeared out of nowhere and declared war on mankind. Can the powerful Hermes stop the threat and rebuild what was destroyed? 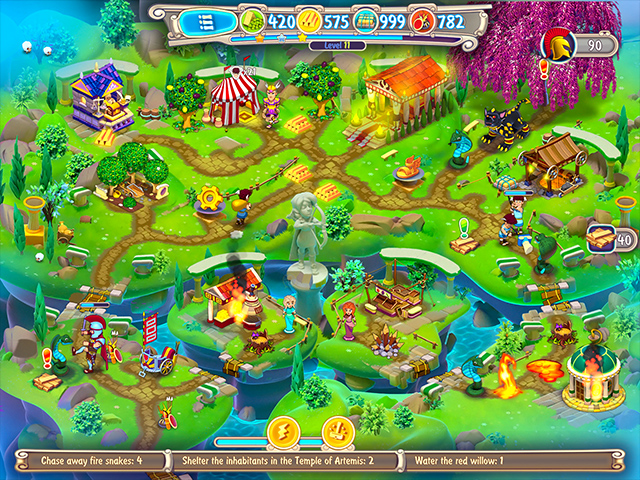 Alawar is one of the most experienced Time Management games studios, churning out best-selling franchises such as Rescue Team and Weather Lord ever since the early days of the genre. Their expertise is evident in this new, neatly crafted game. On the surface, Hermes: War of the Gods is just another typical resource management game. Even the Greek gods’ theme is hardly new to the genre. While the game does not go much beyond the usual genre tropes and majorly subverts any expectations, the game itself is so well-made that it is difficult to fault.

With three difficulty modes – Relaxed, Novice, and Expert – Hermes: War of the Gods can be enjoyed by all levels of players. Playing on the Novice mode, which is the regular timed mode, I found the game to be reasonably challenging. It is clear that the developer spent time brainstorming different ideas and perfecting the level designs. Thus, each level requires the player to strategize before each move in order to achieve the three stars goal. 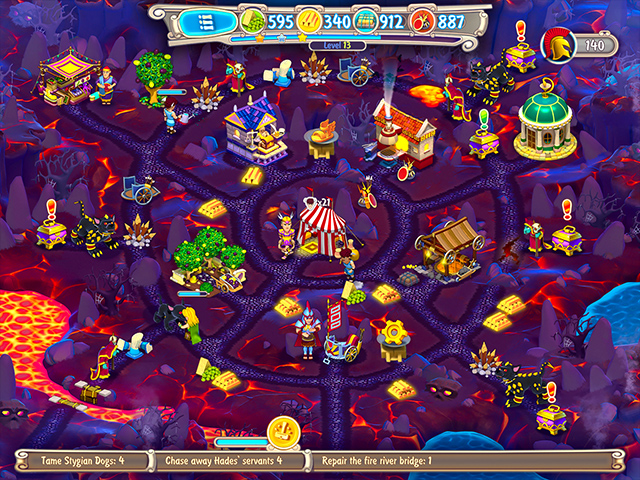 This is never boring as Hermes: War of the Gods sparkles with creativity left and right. From interesting resources to imaginative tasks that are cleverly tied to the storyline, each level feels different from the next. The game also includes a cool thoughtful feature which is the Olympics Village. At the end of each level, you can spend bonus points on rebuilding different parts of the village. Each part needs time to complete and grants you different power-ups, such as increasing the worker’s speed or increasing resources.

A big part of what makes Hermes: War of the Gods such an engaging play is its production. The game’s vibrant and playful visuals effectively maintain the upbeat mood of the game. Thanks to its high-quality animations, the game is not only pleasant to look at but very entertaining as well. On the music and sound effects side, the cheerfulness of these elements is a delight and very much appreciated.

Hermes: War of the Gods remains surprisingly fresh and fun throughout its 50 main levels and 20 bonus levels. As a Collector’s Edition, apart from the bonus levels, the game also comes with achievements, few collectibles, wallpapers, soundtracks, concept art, and a strategy guide. 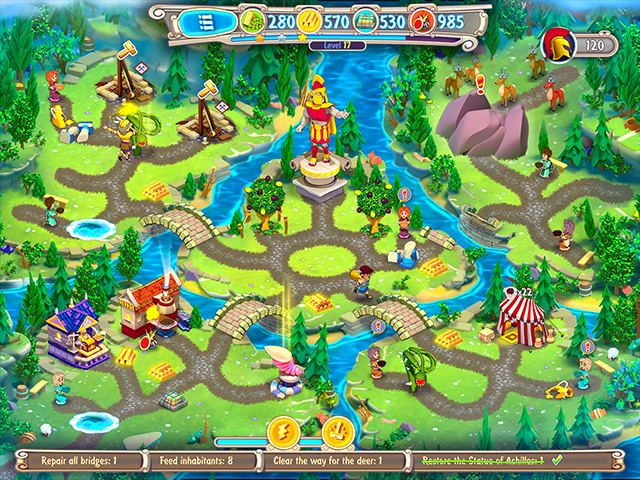 Hermes: War of the Gods does not take big risks, but there is still a lot to love in this high energy, supremely entertaining Time Management game.