Redemption Cemetery: The Stolen Time continues the series’ flatline trajectory. Well, at least it is not getting worse.

Goddess Hecate went rouge and stopped innocent people’s life clock before it was supposed to, and you are one of her many victims! Help Chronos of the Temple of Time save three innocent souls (in Redemption Cemetery’s fashion) and have a chance at saving yourself in Redemption Cemetery: The Stolen Time! 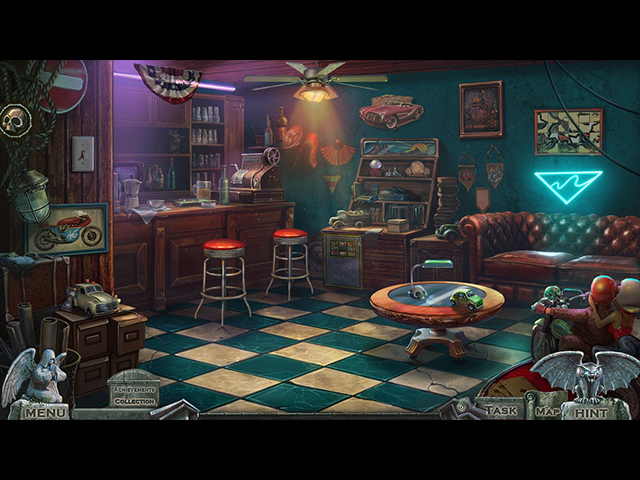 When the series was first started, Redemption Cemetery’s whole premise of traveling back in time and saving innocent souls was fresh and fun. However, as years went by, the series still wholly relies on this same-old schtick. With fifteen games into this hidden object series from AMAX Interactive, this new sequel, again, feels like an unnecessary rehash of the game we have played 14 times before. Although the story elements involving Hecate and the human life clock have the potential to be interesting, they are never fully realized. Instead, the game has the player accomplishing recycled tasks, saving the innocents in three random locations with little correlation to what happens in the main storyline.

As mentioned, Redemption Cemetery: The Stolen Time majorly suffers in the originality department. With each predictable task, the game slowly threads along the familiar route. While the hidden object scenes and the puzzles are remotely bad, they are definitely not exciting and complex enough to hold the game together on their own. 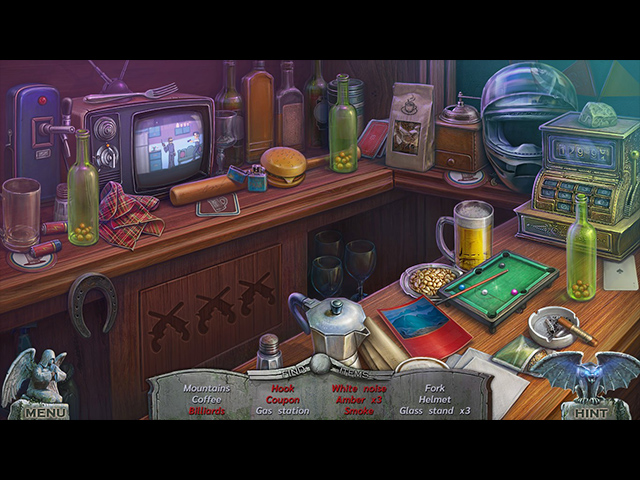 Thankfully, Redemption Cemetery: The Stolen Time is at least a mesmerizing game to look at. The game’s gothic-style artwork is well within AMAX Interactive’s wheelhouse and as expected, it is brilliantly executed. From the location design to the quality of the animations, every visual element falls into place. Moreover, the game features some outstanding voice-acting and haunting musical scores, making the game more suspenseful than the storyline and the gameplay allow it to be.

Redemption Cemetery: The Stolen Time has an average length of roughly three and a half to four hours. If you are interested in the Collector’s Edition, it might be better to wait for a half-off sale. The package comes with an hour-long bonus chapter, a strategy guide, wallpapers, concept art, screensavers, soundtracks, replayable hidden object scenes, replayable puzzles, achievements, collectibles, and morphing objects. 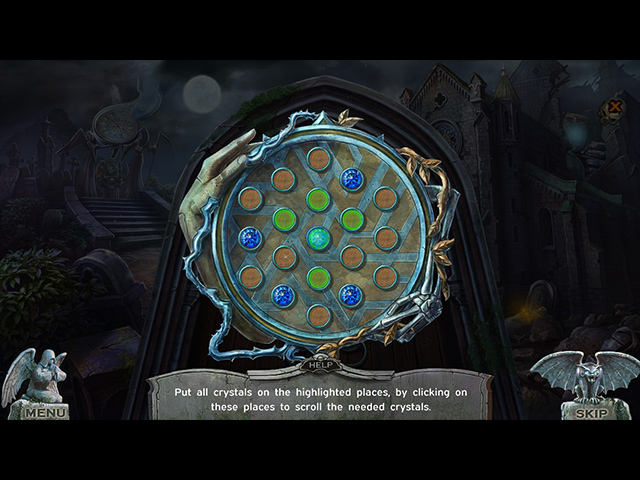 Redemption Cemetery: The Stolen Time continues the series’ flatline trajectory. Well, at least it is not getting worse.

by All About Casual Games on June 26, 2020
When you received an urgent message from your university professor, you knew that something bad had happened! Travel back to your university and join forces with the professor’s assistant, Natasha to rescue the professor from his mechanical kidnappers. As his star student, can you live up to your potential in PuppetShow: Fatal Mistake? The PuppetShow […]

New Releases
Featured Games
Legendary Tales: Stolen Life – Review
Legends of Solitaire: Diamond Relic – Review
Vacation Adventures: Cruise Director 7 – Review
Hidden Expedition: The Price of Paradise – Review
Rescue Team: Danger from Outer Space! – Review
© 2012-2020, All About Casual Games.
All About Casual Games is licensed under a Creative Commons Attribution-NonCommercial 4.0 International License. Based on a work at www.allaboutcasualgame.com. Permissions beyond the scope of this license may be available at http://www.allaboutcasualgame.com/p/contact-us.html.
Send this to a friend