Christmas Wonderland 10 is escapism at its finest and one that can be enjoyed with your whole family!

Who would have thought that one day a humble hidden object series that focuses purely on hidden object scenes will become one of the casual games industry’s best-selling series? Christmas Wonderland fans rejoice because in 2019, this beloved series has finally and deservedly received the Collector’s Edition distinction. Board the S.S. Wonderland Princess and travel to some of the most festive locations on Earth in Christmas Wonderland 10! 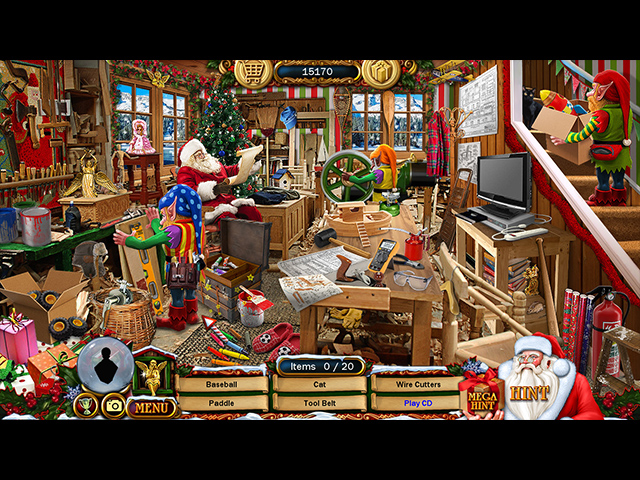 Wow, has it been that long since the very first Christmas Wonderland game? I still vividly remember starting the first Christmas Wonderland game (which was also Casual Arts’ first step into its now-signature hidden-object puzzle hybrid format) and was thoroughly impressed with its exuberant energy and delightful creativity! Even with ten games deep, this holiday series still manages to maintain its momentum and holds the player’s attention all the way through its gazillion hidden object scenes and many puzzles.

One of the factors that make this hidden object series so successful is its cross-generational appeal. Just like simple yet addicting solitaire games, well-made free-to-play games, or fun and educational games such as the popular cool math games, Christmas Wonderland 10 is light-hearted, relaxing, and most importantly entertaining. Spead across a variety of festive locations are the imaginatively designed hidden object scenes. While the premise behind these scenes is safe and familiar, the developer’s efforts to elevate it is clear. From zoom-in zones and interactive hot spots to missing toy collectibles and bonus angel statues, there is plenty of appropriately-themed twists and complications to add to the entertainment value and the challenge of the game. 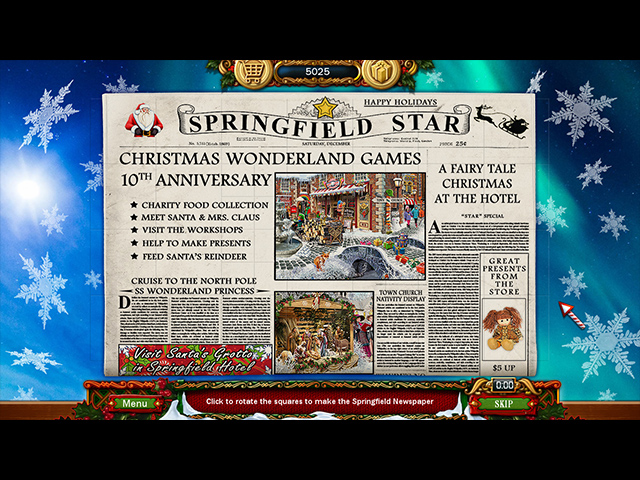 Further, Christmas Wonderland 10’s joyous sights and sounds also significantly add to the experience. The photo-realistic graphics are brightly colored and sharply rendered. There is so much to look at in each scene it is hard to peel your eyes away from the screen. Still, each scene is carefully designed so that none of the elements feels out of place. The wonderful renditions of Christmas classic tunes playing in the background are also extremely effective in building a cheerful environment that you can lose yourself into.

Christmas Wonderland 10 is the first game in this decade-long series to be offered as a Collector’s Edition. This special edition includes a plethora of features such as an extreme mode, bonus locations, wallpapers, soundtracks, achievements and extra puzzles.

Christmas Wonderland 10 is escapism at its finest and one that can be enjoyed with your whole family!

by All About Casual Games on November 17, 2019
Welcome aboard to the USS Liberty in the latest sequel of Casual Arts’ best-selling Vacation Adventures: Cruise Director series. From the Caribbean Islands to Asia, join the crew in an epic adventure around the globe! Vacation Adventures: Cruise Director 6 is the first in the series to be offered as a Collector’s Edition, and I […]
comments
Leave a reply

Featured Games
Cat and Ghostly Road 2020: See Everyone’s True Form With Your...
Hypnospace Outlaw 2019: Review
The Centennial Case: A Shijima Story 2022: Review
Twin Mirror 2021: Review
Havsala: Into The Soul Palace 2022: Can you Escape The Soul Palace?
© 2012-2020, All About Casual Games.
All About Casual Games is licensed under a Creative Commons Attribution-NonCommercial 4.0 International License. Based on a work at www.allaboutcasualgame.com. Permissions beyond the scope of this license may be available at http://www.allaboutcasualgame.com/p/contact-us.html.
Send this to a friend