Grim Tales: Guest From The Future has a compelling storyline buried beneath its cliches and disposable junkpiles - you just need to dig through it a little.

In this seventeenth installment of Grim Tales, one of HOPA’s longest-running franchises, you are back in the midst of the Grays’ family drama. You received an unexpected visit in the middle of the night from Anna Gray, who claimed to be your daughter from the future. You are quickly updated on a strange family curse that affects the Grays in Anna’s reality. Travel to the future and preserve your family’s history in Grim Tales: Guest From The Future. 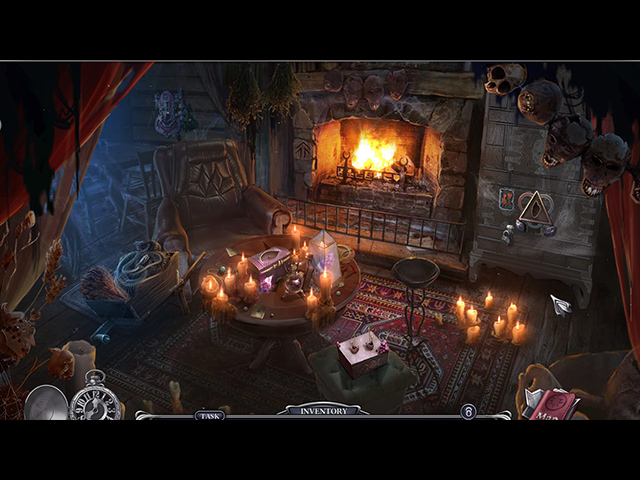 At some point in the history of the series, time-traveling has become one of the main through-lines of Grim Tales. However, this might be the first time that the player gets to travel forward in time, instead of back in time to fix the past. Grim Tales: Guest From The Future has an ambitious idea for a plot, which unfortunately struggles when it comes to execution. Although Gray’s family history is very interesting to explore, the sluggish pacing and some illogical story elements are too much of a distraction. The Daddy’s Skull, which remains a constant through some of the latter Grim Tales games, is nothing more than a nuisance in this sequel and often disrupts the flow of the storytelling.

Further feeding into Grim Tales: Guest From The Future’s many dull moments is the game’s totally predictable gameplay. In order to learn more about the fascinating details of the storyline, it is required to go through countless cookie-cutter tasks and lackluster puzzles. The hidden object scenes are the highlights of this game, especially the more interactive, multi-layered ones. 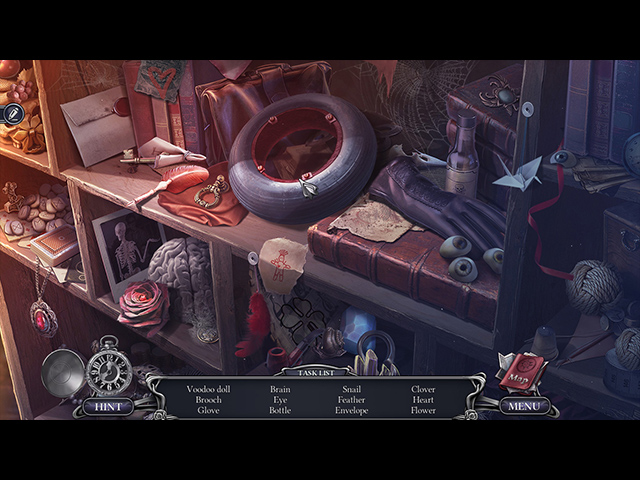 Aesthetically, Grim Tales: Guest From The Future is one of the darker games in the series. The visuals are completed with sophisticated colors, intricate artwork, and impressive animations. On the audio side, the music rises and falls at the right moments, while the majority of the voice-overs are spot-on. Even if the game might not be that exciting to play, it is still a joy for the eyes and the ears.

Not the entirety of Grim Tales: Guest From The Future’s four hours of playtime is enjoyable, but it has plenty of worthy moments. The Collector’s Edition will make a great purchase during a sale as it also comes with a good package of extras. This includes a bonus chapter, a strategy guide, wallpapers, screensavers, soundtracks, achievements, collectibles, morphing objects, plus an Archives with replayable hidden object scenes and replayable mini-games. 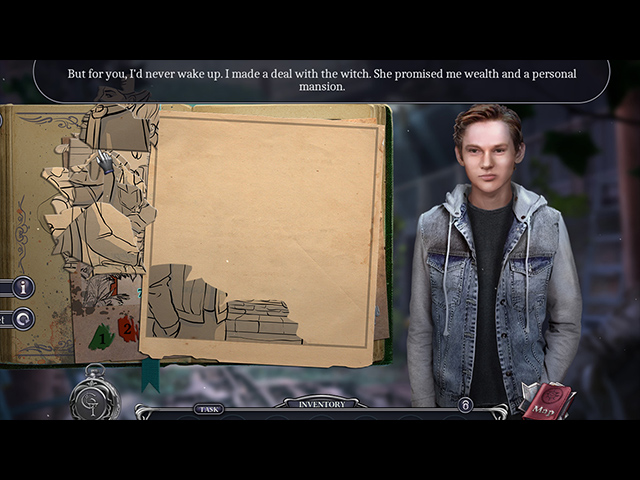 Grim Tales: Guest From The Future has a compelling storyline buried beneath its cliches and disposable junkpiles – you just need to dig through it a little.