Reviews
previous article
How Gaming Has Changed Over the Decades
next article
Hotel Ever After: Ella's Wish - Review The Great Empire: Relic Of Egypt

The Great Empire: Relic Of Egypt is an exquisitely crafted and addicting experience filled with energy and irresistible visuals.

An ancient Pharoah has been awoken from his slumber and seeks to wreak havoc across the peaceful Egyptian paradise! With the help of the royal army, can you assist the current rightful Pharoah in restoring peace and prosperity back to Egypt as well as stop the vindictive age-old Pharoah? 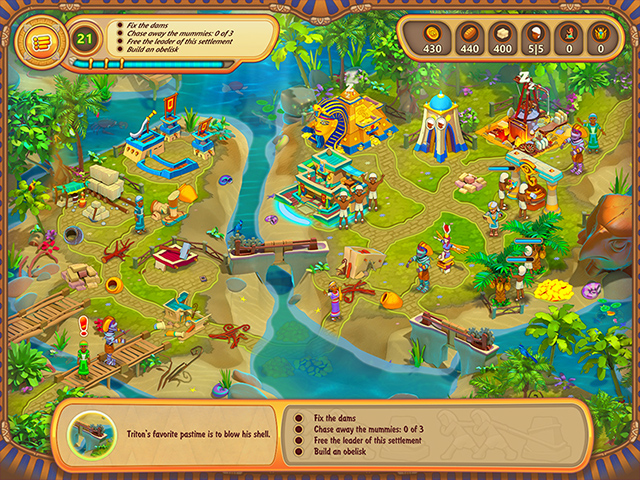 The Ancient Egypt theme is widely popular in today’s culture, as well as across a variety of casual games genres. Thus, it is no surprise to see yet another Time Management game sets in the Ancient Egyptian era. Fortunately, The Great Empire: Relic Of Egypt from Alawar executes this overused theme so wonderfully that it actually feels refreshing. While the storyline is not the main focus of the game, it does a great job of propelling the game forward. What really stands out are the Egyptian-themed elements that are jam-packed throughout the game.

There is great variation between levels, both visually and gameplay-wise. Even though the tasks and the objectives are simply new twists on the familiar classics, the Egyptian spin is interesting and exciting. Apart from the resource-management levels, The Great Empire: Relic Of Egypt also allows the player to purchase permanent upgrades in The Sciences and earn neat achievements in The Gifts. 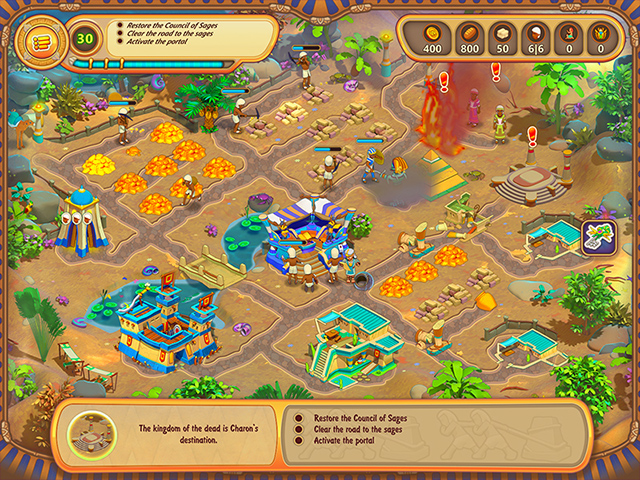 The Great Empire: Relic Of Egypt is further elevated by lively sights and sounds. The visuals really “pop” in this Time Management game, with its bold colors and quirky animations. Given the standout brightness of the graphics, the game might need some time for your eyes to adjust to, but it is by no means overwhelmingly or distractingly bright. The uptempo music also serves as a great companion to the game and helps maintain a light-hearted and fun atmosphere.

However, The Great Empire: Relic Of Egypt is not without flaws. Some advanced Time Management players might find the game to be a little slow, particularly with the character movements and task completions. The game is no doubt a clickfest, with tasks requiring multiple clicks in order to be completed. Regardless, just like casino games offered on M88 Malaysia, The Great Empire: Relic Of Egypt is a hard-to-put-down gaming experience. With its three difficulty modes, players of all preferences should be able to enjoy the game through all of its 50 well-designed levels. 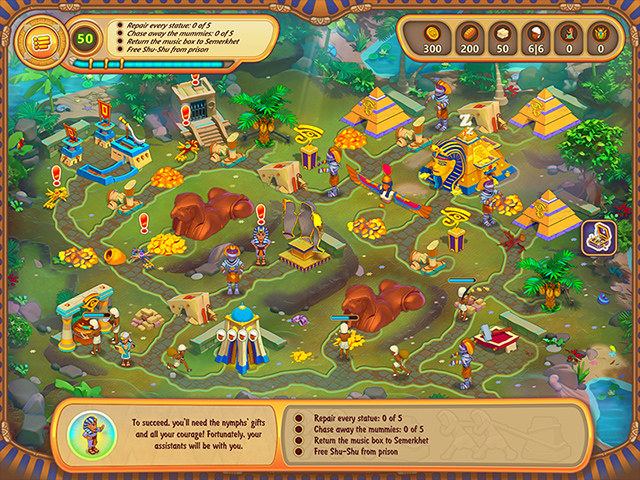 The Great Empire: Relic Of Egypt is an exquisitely crafted and addicting experience filled with energy and irresistible visuals.