Alicia Quatermain 4: Da Vinci and the Time Machine is refreshing, addicting, and visually impressive - hitting all the right marks for a memorable Time Management experience.

JetDogs brings you the fourth installment in the best-selling Time Management series. Leonardo Da Vinci’s newly-built time machine accidentally sent his loved one Cecilia back into the past! In an attempt to undo the damage, Da Vinci wanted to follow Cecilia back in time, but an error forwarded him into the future instead. Can Alicia Quatermain help straighten out this mayhem in this time-traveling adventure? 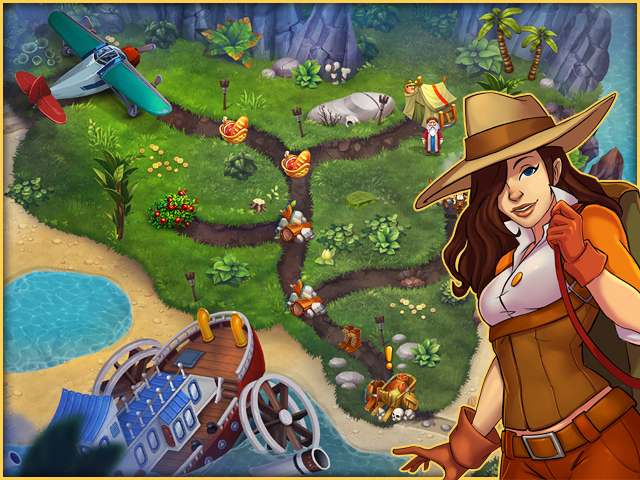 Although this is the first Alicia Quatermain on the site, Time Management fans are most likely already familiar with this franchise. On a thematic level, Alicia Quatermain 4 is not much of a departure from the genre norms, with time-travel slash expedition theme that we know all too well. However, there are also enough twists to intrigue even the most experienced of players.

Instead of laying out all the level goals and objectives as a list from the very beginning of each level, the level goals are displayed one by one. As soon as the player completes a goal, a new goal will pop up. This progressive nature allows for more flexibility in the gameplay, more excitement that arises from a sense of uncertainty, and commands more engagement from the player. This also means that storyline is very much the center of Alicia Quatermain 4: Da Vinci and the Time Machine. Conversations with various characters take place throughout the level, not just at the beginning and the end like we are used to. 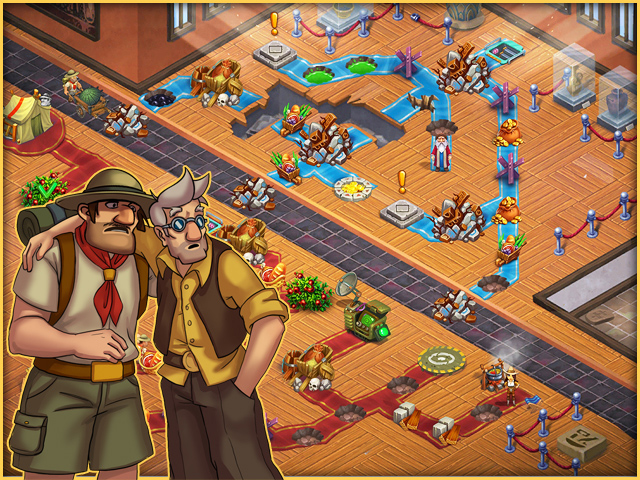 In a way, this reimagining of the gameplay also ups the challenge level. Advanced players will enjoy the strategic elements, while beginners will appreciate the interesting storyline and the upbeat energy. Alicia Quatermain 4: Da Vinci and the Time Machine comes with three difficulty modes, including an untimed mode, so there is definitely something for everyone. Moreover, there is also a Museum that can be decorated using stars that are earned at the end of each level.

Alicia Quatermain 4: Da Vinci and the Time Machine will fall apart if it is not for its wonderful production. The lively graphics and impeccably animated characters are vital aspects that make this game such an entertaining adventure from start to finish. At the same time, the charming music also helps highlight the game’s bright and fast-paced tone.

The standard edition of Alicia Quatermain 4: Da Vinci and the Time Machine comes with 50 levels, spread across five distinct environments. As for the Collector’s Edition, there are additional eleven levels, a strategy guide, wallpapers, hidden runes, and plenty of achievements. 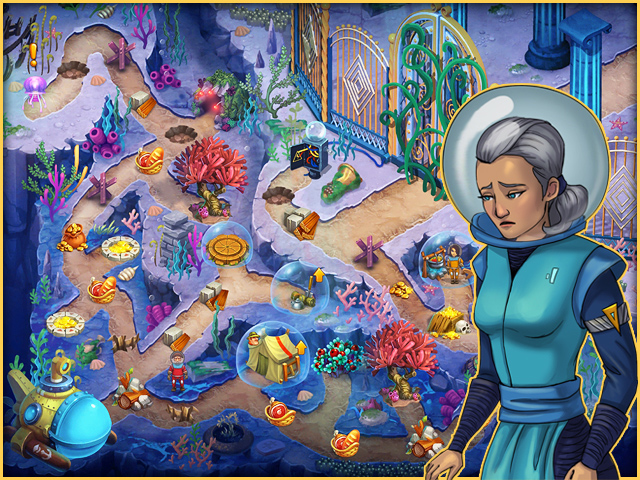 Alicia Quatermain 4: Da Vinci and the Time Machine is refreshing, addicting, and visually impressive – hitting all the right marks for a memorable Time Management experience.

by All About Casual Games on September 2, 2020
The residents of Hellas’ plan to surprise the goddess Demeter with a rich basket of food went sour when a hungry kitten devoured the whole meal. Not only did this make Hellas furious, the powerful goddess now seeks to punish the innocent citizens of Hellas. Can you help Megara set things right in this new […]
Comments
Leave a reply