Enchanted Kingdom: Descent of the Elders masks its mediocre storyline with a cluttered gameplay and from the entertainment perspective, it works!

After the lukewarm The Fiend of Darkness, the Enchanted Kingdom franchise rebounds with this new sequel.  The Elven Island suddenly reappeared after its disappearance over seven centuries ago!  However, the Tar Empire soon learns that this return is no good sign when along with it brings the mysterious human-targeted plague. Can the peace between elves and humans be restored and can you find the antidote to this deadly disease? 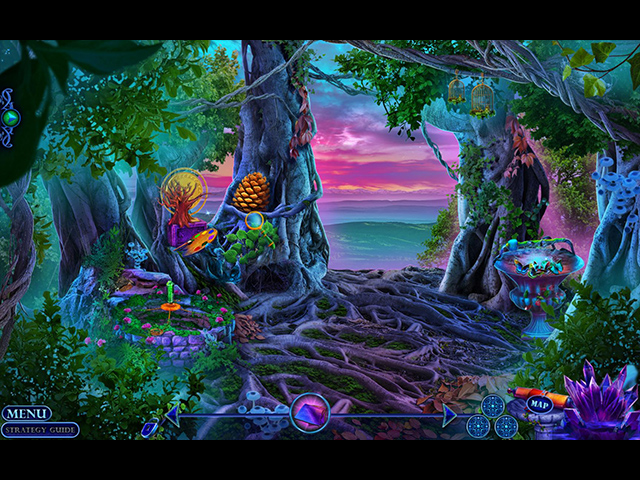 Just by reading the synopsis, you probably know that you are in for another fantasy adventure with a cliché plot. Enchanted Kingdom: Descent of the Elders’ storyline is definitely not its strongest suit. The game is packed with fantasy mumbo jumbo, confusing and undistinguishable characters, and a predictable backstory. Not to mention, the Elves truce sub-storyline is far too similar to another recent release.

Luckily, there is so much to do in Enchanted Kingdom: Descent of the Elders that the plot quickly becomes secondary. As a hidden object puzzle game, this game surely features a lot puzzles. Even the hidden object scenes act more like puzzles with all their interactive elements. As for the puzzles themselves, they are not totally original, but are certainly quite challenging. Advanced players might be ecstatic to learn that they can opt for a Hard mode on most. of the puzzles, which are already fairly difficult on the Easy mode. For more casual players, there is a Match 3 alternative to many of the puzzles and the hidden object scenes, which I think is thoughtful of Domini Games. 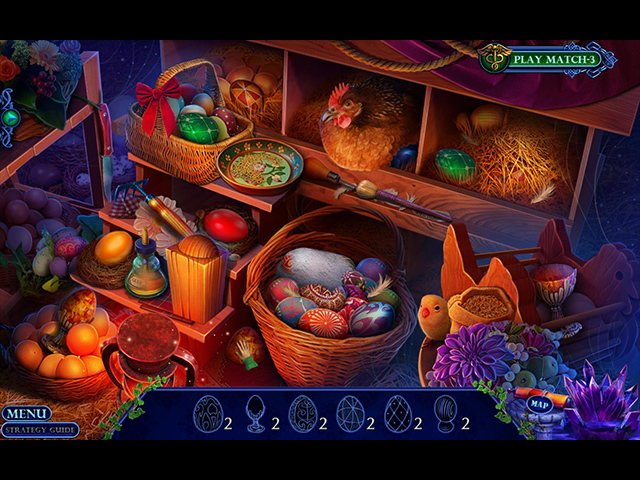 As a companion to the rather standard adventure portion of Enchanted Kingdom: Descent of the Elders, the game also features a Diagnostic Scepter. In order to activate the scepter, three mini-games are required to be completed beforehand. Some might view this as unnecessary gimmick that distracts from actual storytelling, which is a perfectly valid point. On the bright side, these mini-games are never repeated and the variety is definitely appreciated.

From the look and feel standpoint, Enchanted Kingdom: Descent of the Elders stays in line with other games from the high-profile studio. Surprisingly, I am not bothered by the saturated fluorescent colors in the visuals, even though they are still present in this game. Perhaps, I am just immune to it by this point. That being said, the animations and the cutscenes are objectively exquisite.

Enchanted Kingdom: Descent of the Elders comes in at the four-hour mark and the bonus chapter clocks in another hour – a standard length for a HOPA game. The Collector’s Edition is just as expected, it includes a strategy guide, wallpapers, concept art, soundtracks, replayable mini-games, replayable hidden object scenes, achievements, collectibles, morphing objects, and a Laboratory. 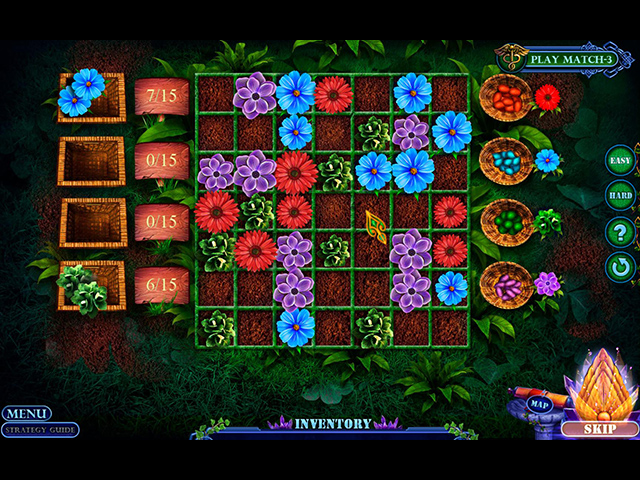 Enchanted Kingdom: Descent of the Elders masks its mediocre storyline with a cluttered gameplay and from the entertainment perspective, it works!