DragonScales 5: The Frozen Tomb might not be the prettiest look, but it is definitely one of the most innovative and exciting Match 3 games out there.

After completed all her introductory training in the previous chapter, Zarya, an aspiring sorcerers is now ready for another challenge. Take a journey to the Frozen Tomb and help Zarya complete her final mission before becoming a master warrior by releasing the Sacred Dragon! 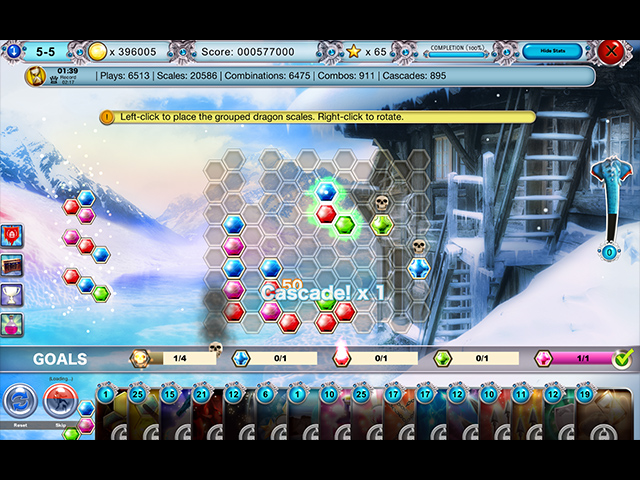 DragonScales 5: The Frozen Tomb is my first introduction into the DragonScales series, so I cannot compare the quality of this sequel against its predecessors’. That being said, it will be hard to top this one in terms of entertainment value. Essentially, DragonScales 5 is a reverse Match 3 game. In each level, you are given a set of three colored hexagonal titles at once, in which you will need to decide where to place them one at a time. The placement of the first tile is crucial because you can only place the following two tiles in the adjacent spaces. Once you have placed the third tile, you cannot go back and revise your moves as all the tiles will drop down to fill empty spaces below them. Matches are made for groups of three or more tiles of the same color. 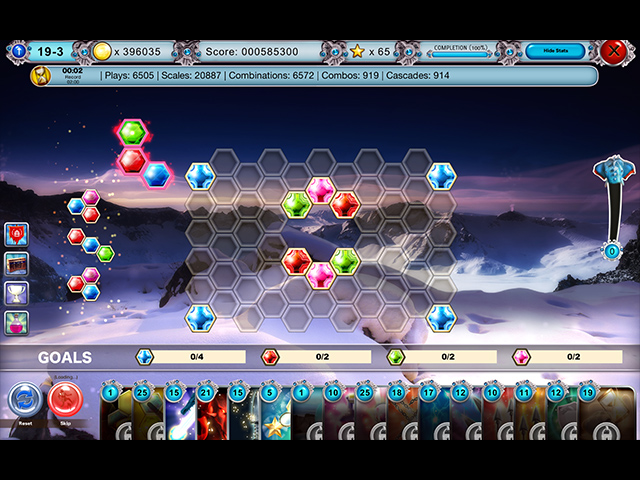 I found this new format to be unique, addicting, challenging, and extremely refreshing. Instead of making tons of countless moves like in most Match 3 games, DragonScales 5: The Frozen Tomb forces the player to make conscious, strategic moves. With over 200 levels on the Adventure mode, I was surprised that I never got bored despite the seemingly repetitive nature of the gameplay. DragonScales 5 did an effective job spicing things up offering various creative tricks like the Anti-Gravity mode, the diverse power-ups, the Colosseum that area lets the player battle with the bosses, and much more. Furthermore, for hardcore fans of the series, the game includes three difficulty modes (basic, normal, and heroic) that unlock after the completion of the prior mode.

DragonScales 5: The Frozen Tomb’s value certainly revolves mainly around its well-crafted gameplay. While there is a storyline that is present throughout the game, I found myself skipping many off the conversations because I was more invested in the gameplay. Production wise, DragonScales 5: The Frozen Tomb feels very old-school. The visuals are often quite stiff and blatantly “computer-generated” as if the game was developed in the 2000s. However, since the game’s primary focus is on delivering a stellar gameplay, it is possible to give the production value (or lack thereof) a pass. 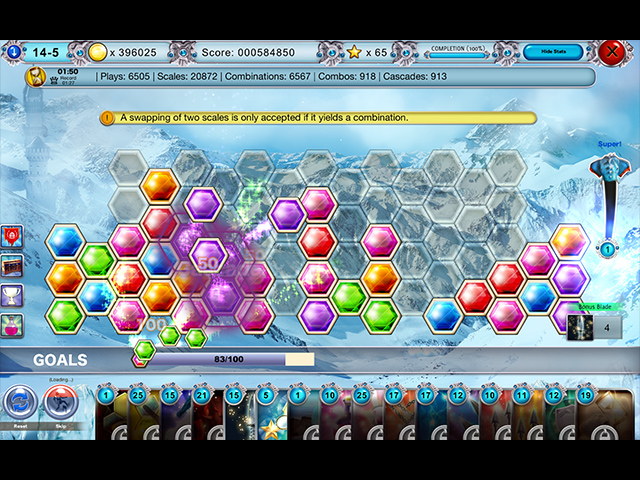 DragonScales 5: The Frozen Tomb might not be the prettiest look, but it is definitely one of the most innovative and exciting Match 3 games out there.