Reviews
previous article
Dreadful Tales: The Space Between - Preview
next article
12 Labours of Hercules VIII: How I Met Megara - Review Memoirs of Murder: Resorting to Revenge is an intriguing who-dun-it mystery that any fans of the HOPA genre should be able to enjoy.

Your all-inclusive vacation to Pinecone Hill is short-lived when you spot a mysterious man on the train right before a horrifying event occurs! Can you solve the mystery and put and end to this sinister lot before things get even more out of hand? Memoirs of Murder: Resorting to Revenge is the second installment in Eipix Entertainment‘s old-school detective series.

Memoirs of Murder: Resorting to Revenge follows the traditional who-dun-it mystery theme of its predecessor. In fact, the first chapter of the game reminds me of Agatha Christie’s classic Murder On the Orient Express. It is indeed a refreshing change to finally get a HOPA that features a realistic and old-school theme instead of an elaborate fantasy theme filled with demons, spells, and fairies. It is also a plus that the storyline in Resorting to Revenge is satisfyingly suspenseful and complex, even though there are several moments that drag a little.

The sights and sounds of Memoirs of Murder: Resorting to Revenge live up Eipix’s usual high standards. The scenes are brilliantly drawn and realistically brought to life by pleasant colors and subtle special effects. The voice-overs are appropriate and and the music effectively raises the sense of urgency of the game.

Memoirs of Murder: Resorting to Revenge is an all-around well-constructed game. The adventure portion might be slightly easy for advanced players, but that does not deny the game’s impressive attention to detail. The hidden object scenes and the puzzles are also quite creative and extremely entertaining, even if they are not the most stimulating examples from Eipix’s extensive portfolio. 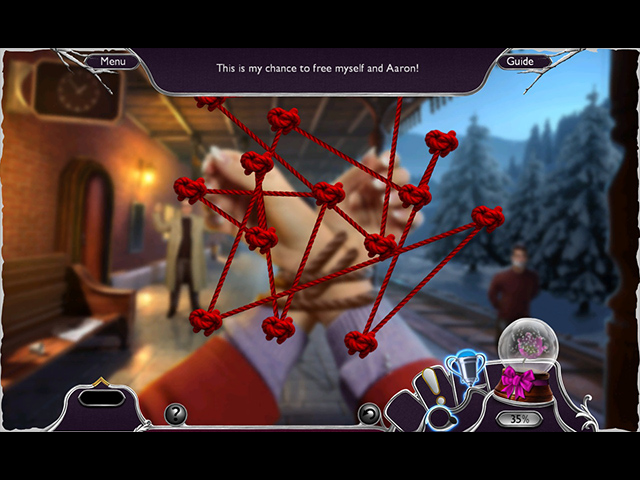 Memoirs of Murder: Resorting to Revenge is an intriguing who-dun-it mystery that any fans of the HOPA genre should be able to enjoy.