Spirit Legends: The Forest Wraith's epic sights and sounds are not enough to save the game from its other lackluster components.

Years ago, your father defeated and captured the evil forest spirit Florena after she murdered your mother, but now Florena has escaped from her bounds and is ready tow reck havoc upon your family and the world! Are you smart and powerful enough to match Florena’s vengeance in this latest HOPA series from Domini Games? 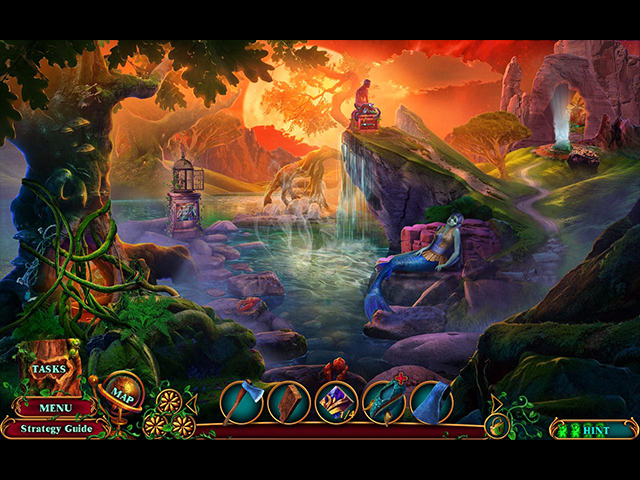 While the fantasy genre has long saturated the HOPA market, the theme of mythical creatures of the forest has rarely been explored. Spirit Legends: The Forest Wraith has the potential to be a promising start of a new franchise. Unfortunately, the interesting premise falls apart in execution. The storyline turns out to be just another mundane, predictable fantasy plot and the characters are unlikable and shallow.

On the gameplay side, Spirit Legends: The Forest Wraith is also extremely dull. The adventure part of the game is uninspired and features the same-old tasks and an unnecessarily overwhelming amount of backtracking. In terms of the hidden object scenes and the puzzles, they are perfectly fine, but again, lack innovation and the “wow factor”. In usual Domini Games’ fashion, there is an extra gadget included. This time, it is the magical glasses, which is gimmicky and emphasizes the blandness of the game. 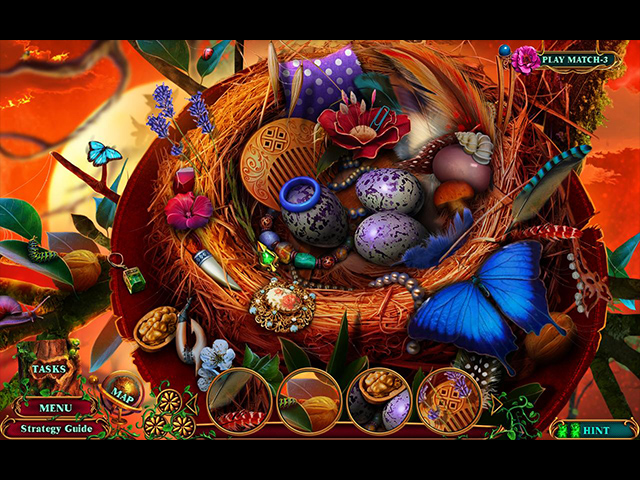 Spirit Legends: The Forest Wraith focuses on fluorescent colors with its visuals, which is not exactly a negative factor considering the stunning scene compositions as well as the impressive animations. The game also excels in the audio department, offering breathtaking background music and true-to-character voice-overs. It is a shame that production of such high caliber was not used in a game that is better executed.

Love it or hate it, there is no denying that Spirit Legends: The Forest Wraith goes all in with its bonus content. The bonus chapter provides a substantial additional gameplay, which brings the total length to around five hours. The Collector’s Edition includes a strategy guide, wallpapers, soundtracks, concept art, videos, repayable hidden object scenes, replayable puzzles, achievements, collectibles, morphing objects, and an interactive garden. 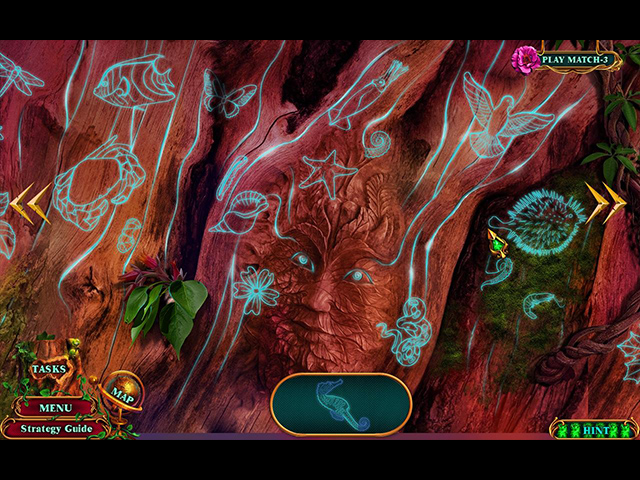 Spirit Legends: The Forest Wraith’s epic sights and sounds are not enough to save the game from its other lackluster components.