Roman Adventures: Britons is a must-play for fans of the Time Management genre. It is not everyday that we get a game as unique and as thoughtful as this one.

Five years after the conclusion of the fan and critic’s favorite Adelantado trilogy, Realore sends us off on a new thrilling adventure with the Roman Adventures series. During the glory era of the Roman Empire, Caesar sent General Flavius to take over the British Isles from the Celtic people in an attempt to expand the Roman borders. However, both sides were dumbfounded when they realized that a mysterious dark face called Filth, is slowly creeping along the borders. Work together with the druid elder to fight back the Filth before the evil force eats up the entire world! 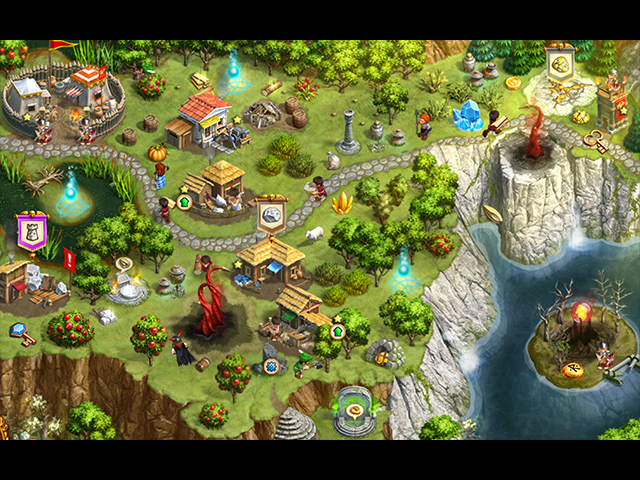 Roman Adventures: Britons is a perfect hybrid between two of Realore’s biggest hits – Roads of Rome and Adelantado – in that it embodies the brilliant gameplay of Adelantado and the fascinating Roman theme of Roads of Rome. Roman Adventures: Britons is more story-focused than most games in the resource-management genre. There is definitely a hefty amount of reading, but all the dialogues and narratives are done effectively to progress the game.

Thanks to the genius gameplay, Roman Adventures: Britons is just as complex as its storyline. Essentially, this is a resource-management game, the main tasks in each level still involve picking up various resources and build stations. However, there are so many additional features that make Roman Adventures: Britons much more than just another run-of-the-mill Time Management game. Then gameplay combines elements from the Builder sub-genre and allow the player to actually build stations in the location he or she desires. These stations or buildings sometimes require a worker or two to oversee them, which deduct from your base supply of workers and adds to the challenge of the game. In each level, you will also need to collect Manna to banish the evil roots. In order to collect the Manna, you will then need to perform some unconventional and multi-layered tasks that showcase the creativity of the developer. 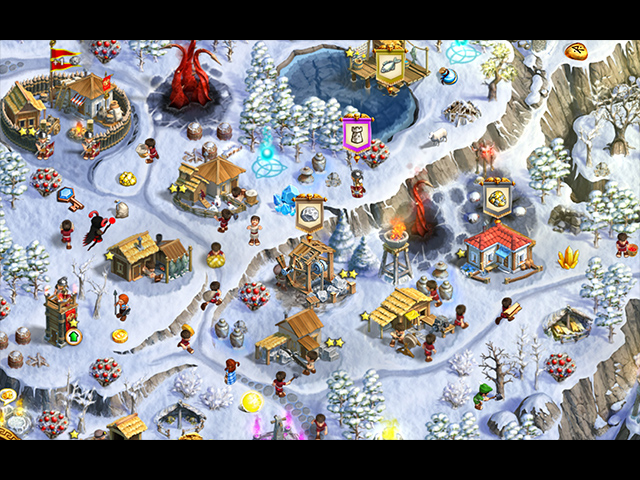 There is no question that Roman Adventures: Britons is a challenging game, but it is also a very fascinating one. Each level often starts out with a limited area that you can explore, but then the game slowly uncovers and reveals more active areas as you complete more tasks. This adds an unexpected layer of suspense and mystery to the game. Roman Adventures: Britons features four difficulty modes, including an untimed mode, so it is suitable for players of all preferences.

Not only that, but Roman Adventures: Britons is also an incredibly gorgeous game. The game features hands-down the best visual work Realore has ever done. The animations are smooth and lifelike, the scenes are detailed and realistic, and the special effects are appropriately extravagant, but not overwhelming. Moreover, the upbeat and pleasant background music plays a major role in keeping the game high in energy and alive at all times. 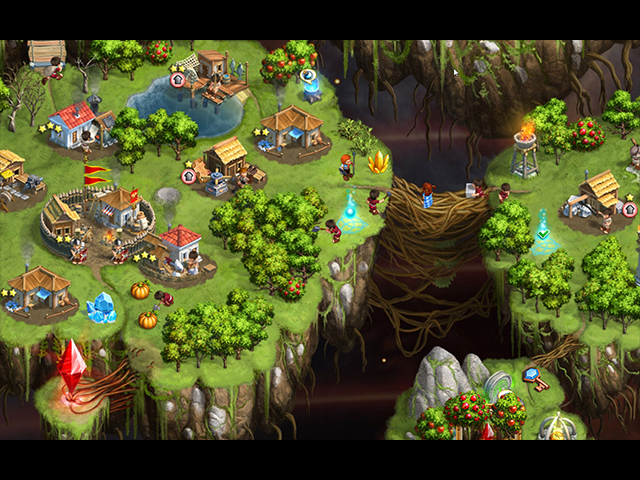 Roman Adventures: Britons is a must-play for fans of the Time Management genre. It is not everyday that we get a game as unique and as thoughtful as this one.