Halloween Stories: Black Book suffers from a thin storyline and a sub-par gameplay, but successfully sets itself apart from other releases with fun and campy horror elements.

You are left home alone with your little sister Mary on a Halloween night! Little did you know that this night would turn into real-life horror when sinister force is unleashed from an ancient book. Your house is suddenly transformed into scenes straight from your nightmares and spirits are roaming free! Can you save yourself and your sister in time? 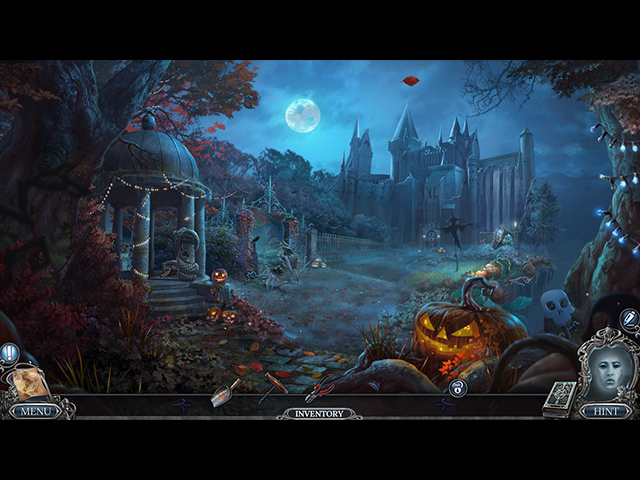 While the previous Halloween Stories game utilized its campy style to its advantage, Halloween Stories: Black Book often feels random and illogical. The plot focuses more on the psychological thriller aspect competed to Invitation, but does so ineffectively. Things often happen without much explanation, the storyline lacks meaningful depth, and the off-beat pacing can be confusing. Nonetheless, the game does have some entertaining moments, especially with those unexpected jump-scares that are more effective than we would like to admit.

Along with the flawed storyline, the gameplay of Halloween Stories: Black Book could use some improvements. The game features an absurd amount of locks of various shapes, emblems of multiple designs, and missing jigsaw pieces. For advanced players, there should not be any problem getting through the game without resorting to the Hint button, except that they might get confused by all the different locks and keys. To us, the hidden object scenes and the puzzles are far more interesting and enjoyable than the adventure gameplay. The hidden object scenes are sometimes quite creative and the variety of formats is satisfying, while the puzzles range from easy to hard and nicely tie into the theme of the game. 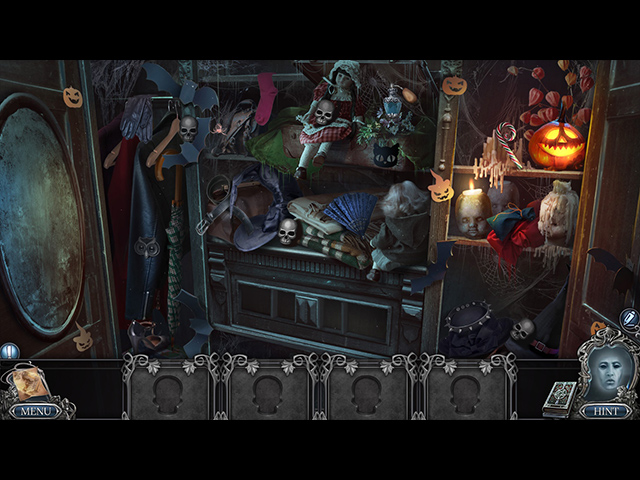 As a game developed by Elephant Games, Halloween Stories: Black Book is a little underwhelming, visually. The quality of the cutscenes is definitely questionable, particularly with the characters that look like they come straight out of a HOPA from the early 2010s. The graphics themselves also seem a weirdly fuzzy, as if they cannot handle all the details. Still, there is no denying that Halloween Stories: Black Book is buzzing with imaginative ideas. Each scene is flooded with moving parts and animations, Halloween-esque decorations, and various spooky elements – the game is definitely a feast for the eyes.

Halloween Stories: Black Book has a standard length of four hours and a solid bonus chapter that adds another hour to the gameplay. The Collector’s Edition includes all the essentials; a strategy guide, wallpapers, concept art, soundtracks, achievements, collectibles, morphing objects, and a secret room that features hidden object scenes and puzzles.

Halloween Stories: Black Book suffers from a thin storyline and a sub-par gameplay, but successfully sets itself apart from other releases with fun and campy horror elements. 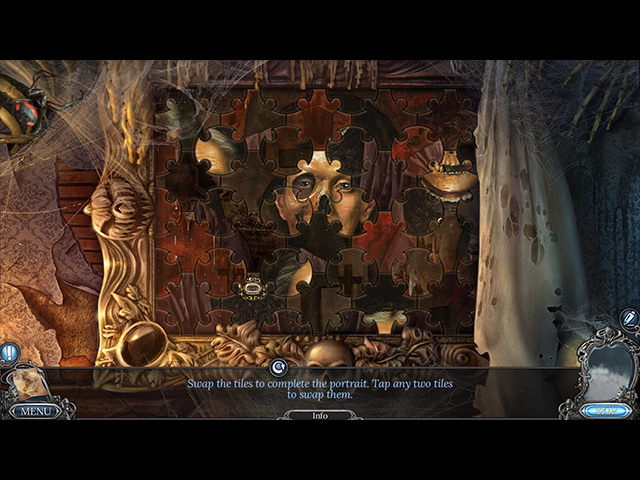