Halloween Chronicles: Monsters Among Us – Review Halloween Chronicles: Monsters Among Us is a decent game to get you into the Halloween spirit, even if the storyline and certain aspects of the production are not up to par.

After proving themselves to be a consistent and capable HOPA studio, Domini Games attempts at launching a Halloween-themed series. You are back home in Riverstown, Virginia to celebrate this year’s Halloween with your father. Things took a grim turn when an eerie green mist crept up to cover the town and you discovered a creepy-looking Harlequin doll in your own house! Dive into your family’s dark history and learn the connection between your own lineage and this sinister situation! 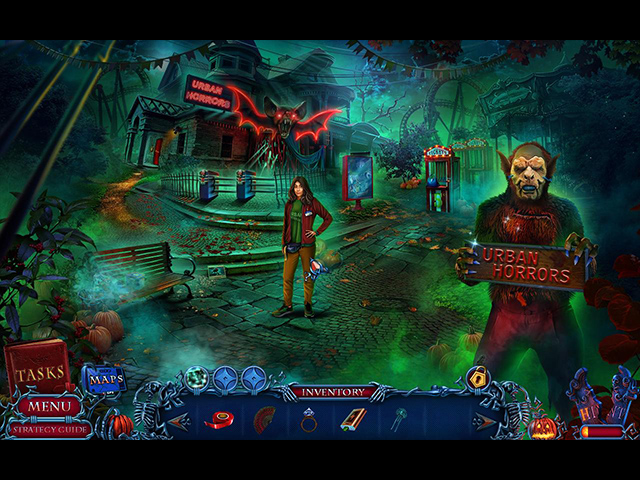 Compared to last week’s Halloween offering from Elephant Games, Halloween Chronicles: Monsters Among Us comes off as more childish. This is not necessarily because of the plot, which plays it safe by following the familiar HOPA troops, but more because of the creative choices. Each location in the game features a significant amount of Halloween-inspired decor, some of which you can interact with. Instead of adding to the suspense and the spookiness of the atmosphere, they can sometimes be distracting and gimmicky. Besides, the jump scares that scatter throughout the game are not even remotely scary, some of them are downright ridiculous. This again, pulls again a little too far in the “childish” territory.

Regardless, the overall quality of the production is definitely impressive. Halloween Chronicles: Monsters Among Us showcases some of the best animated work I have seen from Domini Games, even though the fuzzy quality takes away the experience from time to time. In addition, the artwork in the game is also incredibly detailed and the music is very engaging. Still, I have two major issues with the production. Firstly, the lime green color palette is unnecessary. Lime green should only be used sparingly to give the effects of something evil or sinister, not splattered on every pixel of the screen to no effectiveness. Another issue would be the voice-overs, in which I often found to be awkward and emotionally off-beat. 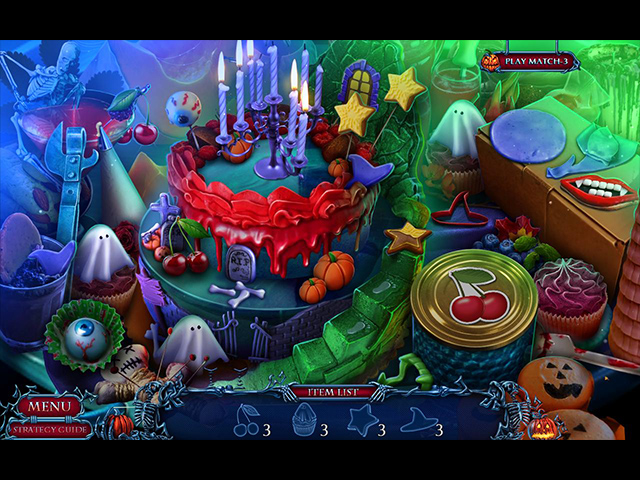 Given all these flaws, Halloween Chronicles: Monsters Among Us is actually quite an enjoyable ride, thanks to its gameplay. The adventure portion turns out to be more challenging than expected, due to the sheer number of tasks to be completed in each location. The puzzles are also nicely though-out and satisfyingly complex. At the same time, the hidden object scenes are extremely creative and smartly integrated into the storyline. The Match 3 alternative to the hidden object scenes is also a great addition.

Not only that, but Halloween Chronicles: Monsters Among Us is also a relatively long game. The main game took me over four and a half hours to complete and the bonus chapter took me another hour, at which point my eyes were overwhelmed by the color green. The Collector’s Edition includes all the standard items; a strategy guide, wallpapers, concept art, soundtracks, videos, replayable hidden object scenes, replayable puzzles, achievements, collectibles, and morphing objects.

Halloween Chronicles: Monsters Among Us is a decent game to get you into the Halloween spirit, even if the storyline and certain aspects of the production are not up to par. 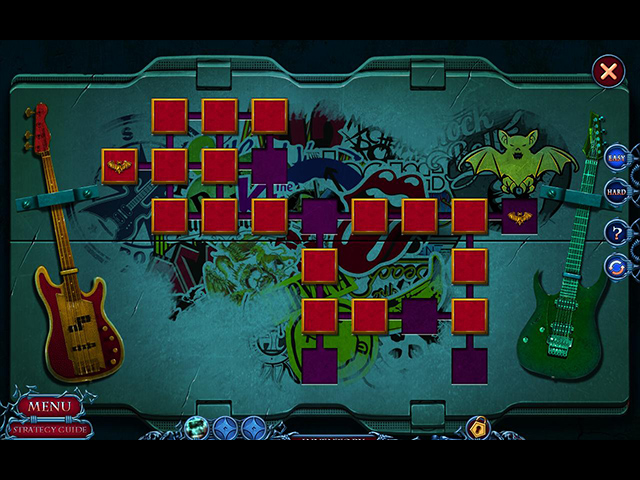