1
new
Journey 2020: Experience A Breathtaking Adventure Like No Other
Reviews
1
previous article
Tales of Terror: The Fog of Madness - Review
next article
Phantasmat: Déjà Vu - Review GrandMA Studios does not hold back with the outstanding Whispered Secrets: Enfant Terrible.

An evil entity from the world of dreams straight-up called Nightmare has escaped into the real world and traumatizing innocent people with disturbing nightmares. As a revered agency of the Dark Light, you need to take a dive into this surreal world of dreams and stop Nightmare from doing more damage to these poor souls. 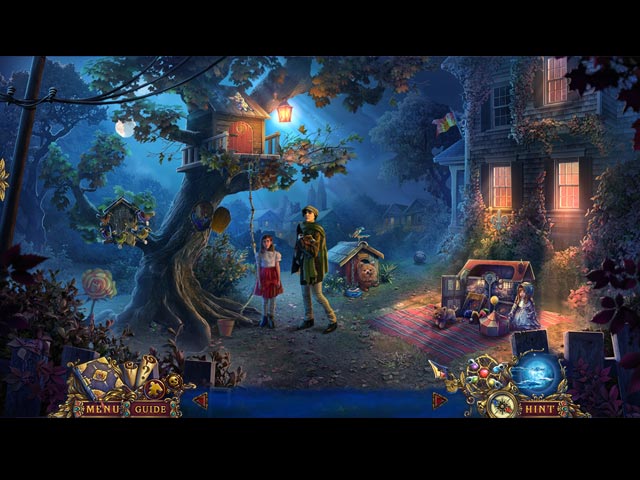 Essentially, Whispered Secrets: Enfant Terrible is a psychological thriller game. However, instead of taking a more serious tone like the earlier Maze games, Enfant Terrible incorporates more colorful fantasy elements into the plot. While the storyline definitely has some confusing moments, we generally find the characters very fascinating and the pacing excellent. This perfect pace, along with the wide variety of locations included in the game, makes Enfant Terrible incredibly addicting – there is never a single moment of boredom in the game.

Of course, a part of this needs to be credited to the production team. The visuals in Whispered Secrets: Enfant Terrible are simply spectacular. The glossy colors, the detailed artwork, the studio-quality cutscenes, the on-point voice-acting, and the suspenseful music – every aspect of the production hits all the right notes! 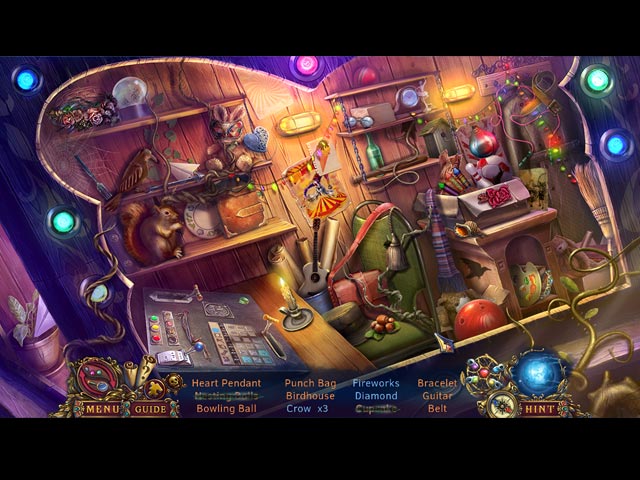 Whispered Secrets: Enfant Terrible is not an overly original game, but features just enough evidence of creativity to not be derivative. The game cleverly intertwines story elements with the gameplay, creating an extremely smooth gaming experience. For those who are concerned, the game contains one little gimmick – the Magnifier – which is neither annoying nor adds much value to the game. As for the hidden object scenes, which are plenty, you will be glad to know that they are supremely entertaining even though a few scenes do repeat. Further, the puzzles include an option to switch between Easy and Hard mode as well as adopt some cool and neat twists.

The game is also generous when it comes to extras. The main game took us four hours to complete, the bonus chapter added another hour of equally-incredible gameplay, and the hidden chapter comes in the form of a surprisingly enjoyable HOP. Other bonus items include a strategy guide, wallpapers, a jigsaw puzzle to assemble a screensaver, concept art, videos, soundtracks, replayable hidden object scenes, replayable puzzles, achievements, collectibles, and morphing objects.

GrandMA Studios does not hold back with the outstanding Whispered Secrets: Enfant Terrible. 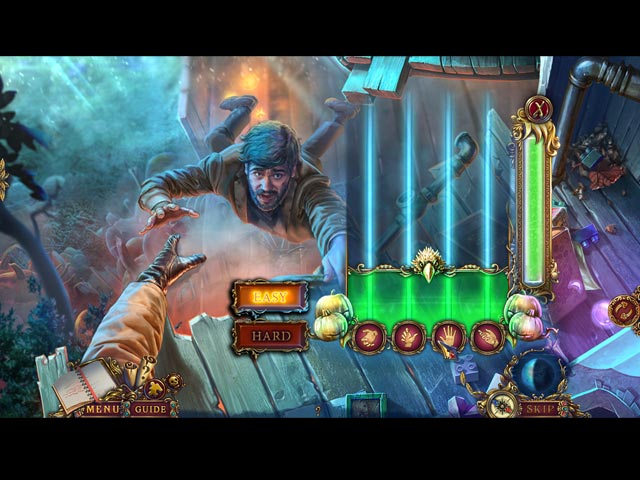