If you are running on a budget or have limited time on your hands, Spirits of Mystery: The Lost Queen is the one to skip.

In this new Spirits of Mystery adventure, the green moon has awaken the mythical creatures in the forest and now they are invading the kingdom, disrupting the peace, and wrecking havoc on the Princess’ wedding night! As all Spirits of Mystery games go, you have to put an end to this madness and discover the real intentions behind this evil scheme. 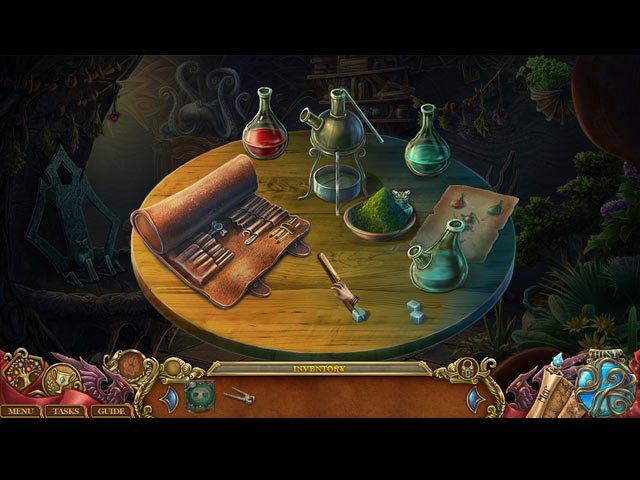 To us, the Spirits of Mystery franchise has long been dead. None of the recent sequels amused us and our mindset certainly has not changed after this abysmal sequel. It is as if AMAX Interactive has run out of ideas for this series and does not even bother to stay creative. Everything in this sequel has been copied and pasted from the past installments. The main plot is dull, the pace is slow, the backstory is underdeveloped, and the characters come with poorly-written dialogs and zero memorable characteristics.

Production wise, Spirits of Mystery: The Lost Queen is not bad. However, we have surely seen better work from this developer and this series in particular. The artwork is nice and all, but the watercolor-painted style of the graphics makes the game looks a little cheap. Also, this has to be the sequel that features some of the least exciting scene designs. The majority of the scenes feel derivatives and does not urge the player to explore more. 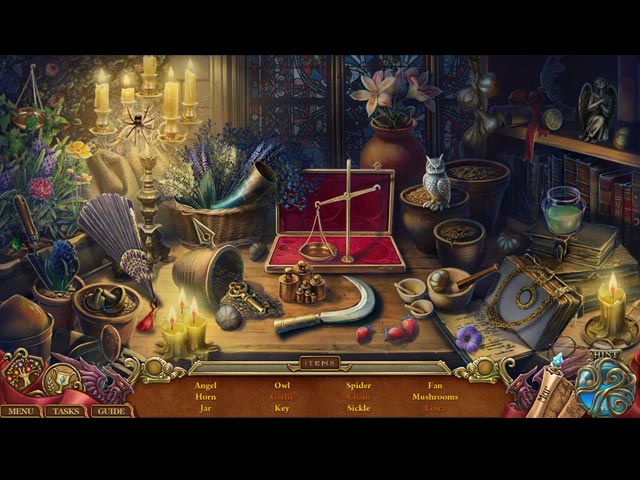 The gameplay definitely could not save Spirits of Mystery: The Lost Queen from being a major disappointment, even by the low standards we had set for this series. The adventure part of the game lacks complexity and challenge, and the magic ring feature adds no entertainment value whatsoever and is an absolute pain to interact with. The hidden object scenes play it far too safe with standard formats and an overwhelming number of junk-pile scenes. Further, the simplistic puzzles are just tedious and uninspiried. Playing through Spirits of Mystery: The Lost Queen felt more like a chore than a fun and relaxing time.

That being said, Spirits of Mystery: The Lost Queen is quite a short game – which in the case of this game, is a relief. The main game only took us three hours to complete, and the bonus chapter took us another 30 minutes. If you even care to get the Collector’s Edition, it includes all the standard items; a strategy guide, wallpapers, concept art, screensavers, soundtracks, videos, replayable hidden object scenes, replayable puzzles, achievements, collectibles, and morphing objects.

If you are running on a budget or have limited time on your hands, Spirits of Mystery: The Lost Queen is the one to skip. 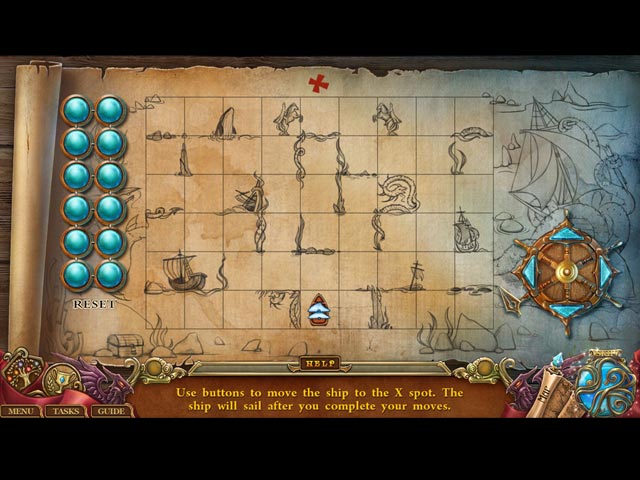