Reviews
1
previous article
League of Light: The Game - Preview
next article
Saga of the Nine Worlds: The Hunt - Preview Modern Tales: Age of Invention wraps up a standard HOPA gameplay in one attractive package. The direction of the series is certainly refreshing and we look forward to what the developers might bring with the next sequel.

Emily Patterson is set to showcase her father’s latest scientific invention during the invention expo in Paris. However, the unexpected happened when her father got kidnapped by an unknown man during the scene of a technological malfunction. With the local authorities being of no help, it is Emily’s duty to conduct her own investigation and find her father. 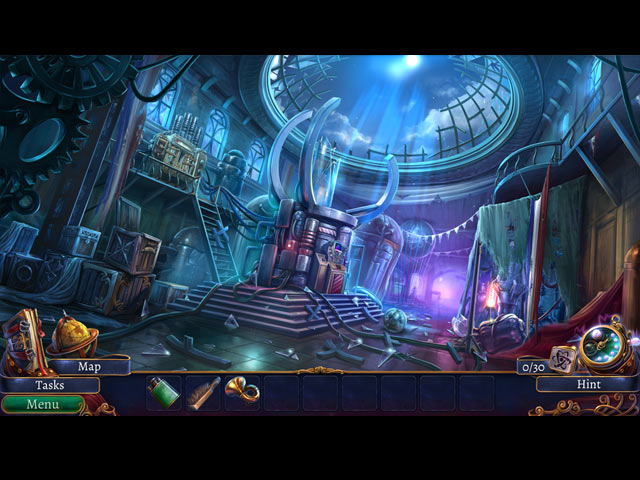 Orchid Games is finally back from the 2-year long HOPA hiatus to deliver a steampunk-inspired adventure. While the storyline in Modern Tales: Age of Invention is yet another one about a kidnapped parent, it is the rather unique theme of the game that makes it interesting. Modern Tales: Age of Invention offers a smart hybrid between steampunk, science fiction, and traditional detective mystery. The game involves an extensive amount of character interactions and dialogs, but they are all necessary to advance the storyline.

Another strong aspect of Modern Tales: Age of Invention is the production. The game features some of the most stunning location designs along with some gorgeous fluorescent lighting and colors. The level of detail in each scene is mind-blowing, even the hidden object scenes look as glorious as ever. On the other hand, the audio side is less impressive. The background music is pleasant and all, but the voice-acting, especially of the protagonist, seems to remain calm at all times, which takes away from the emotional stakes of the game. 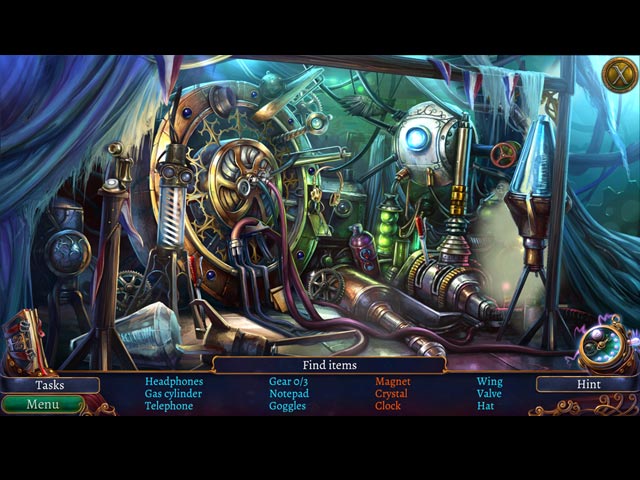 Gameplay wise, Modern Tales: Age of Invention stays quite conventional. The hidden object scenes come in a variety of formats, which signifies a nice change of pace, but they have all been done before. As for the puzzles, there is a few highlights that are more creative than the rest, but the instructions could have been made less vague. The majority of the game ran smoothly, except for several moments that we thought the game mechanics were a little clunky.

Modern Tales: Age of Invention offers a decent playtime of around four and a half hours, plus an hour for the bonus chapter. The bonus section of the Collector’s Edition includes a strategy guide, wallpapers, concept art, soundtracks, videos, replayable hidden object scenes, replayable mini-games, achievements, and collectibles.

Modern Tales: Age of Invention wraps up a standard HOPA gameplay in one attractive package. The direction of the series is certainly refreshing and we look forward to what the developers might bring with the next sequel. 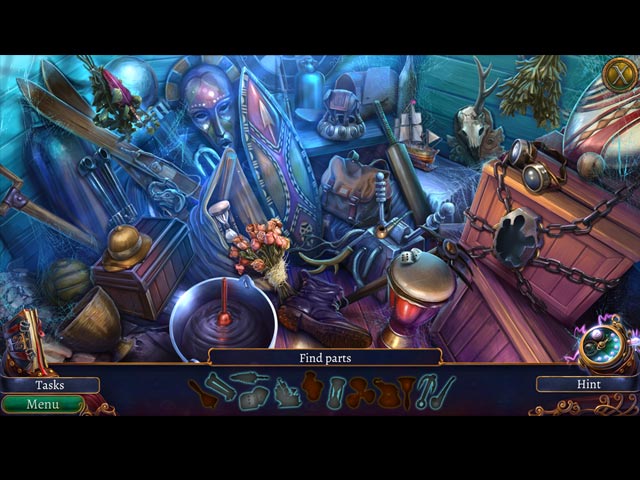