Dark Parables: Return of the Salt Princess is a triumphant return to the HOPA scene for Blue Tea Games. As much as the game stays inside its safe zone, it also tackles all the elements brilliantly.

A species of white dragonflies is rumored to be responsible for the salt-transmutation the Old Town, turning this small town beneath the ruins of Grak Kingdom to salt. Find out the underlying cause of this disastrous event. Is it at all connected to the missing Princess of Grak Kingdom and can you save the Old Town in time before it all crumbles into salt? 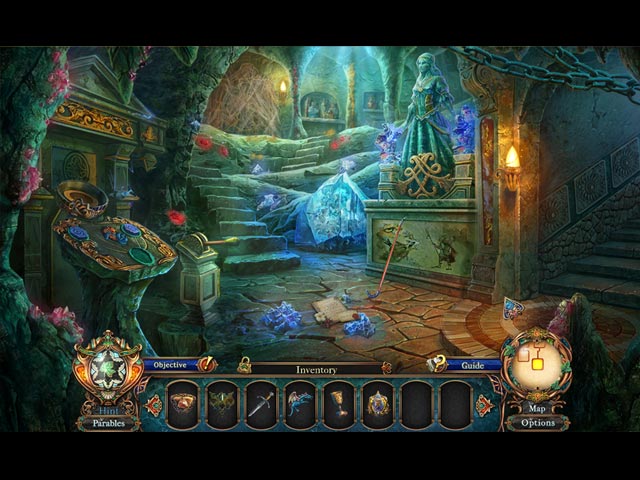 First of all, we would like to extend a warm welcome back to Blue Tea Games, who apparently led the production of this Dark Parables sequel. While we believe that Blue Tea has always been an advisor to Eipix in the development of most Dark Parables games, this is the first time that this Hong Kong-based studio has been majorly involved in a HOPA project since Dark Parables: Ballad of Rapunzel! It seems like this four-year absence did little damage to the studio’s talents, as Return of the Salt Princess successfully brought back the “Blue Tea magic” that was the core of many of the studio’s past works.

Dark Parables: Return of the Salt Princess tells a compelling story about a princess who struggles with her own special powers, serving as a continuation to the excellent second game in this iconic franchise, The Exiled Prince. The storyline in this sequel is told through various storytelling devices, mainly notes, dialogues, and mini-games. We also adore all the clues and “Easter Eggs” that are scattered through the game, as they are as much an essential part to a Blue Tea’s game as the intricate visuals. 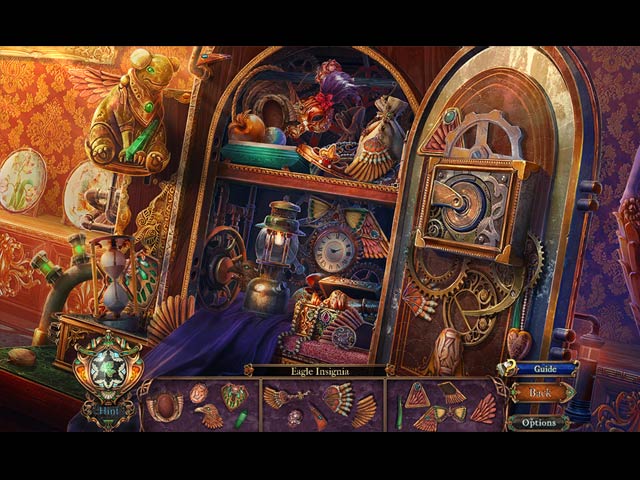 Speaking of the visuals, Dark Parables: Return of the Salt Princess is just as charming and as magical as one would expect a Dark Parables game to be. The level of detail in the graphics is definitely astounding, coupled that with some imaginative scene designs and a sophisticated color palette, the game immerses the player into its world from start to finish. If there is one complain, that would be the comic book-style depictions of the characters, which in our opinion, takes a little away from that immersive experience.

Dark Parables: Return of the Salt Princess did not make any bold choices when it comes to the gameplay. There are certainly more hidden object scenes (in this case, they are all fragmented object scenes) than what we have seen in the genre as of recent. The puzzles are few and far between and the concepts are not that exciting, but they are neatly-executed and provide some much-needed challenge. Despite how much we had fun with the game, it is our duty to point out that the game lacks two major features; a custom difficulty setting and an interactive map that allows you to transport to any specific location.

Anyhow, we were glad to discover that Dark Parables: Return of the Salt Princess is quite a long HOPA game. The main game took us nearly five hours to complete (perhaps, due to the lack of a jump-map), and the bonus chapter titled Moonlight Romance, took us another 65 minutes. The Collector’s Edition is fairly comprehensive with its bonus section; a strategy guide, wallpapers, concept art, soundtracks, movies, replayable puzzles, achievements, collectible parables, and morphing objects.

Dark Parables: Return of the Salt Princess is a triumphant return to the HOPA scene for Blue Tea Games. As much as the game stays inside its safe zone, it also tackles all the elements brilliantly. 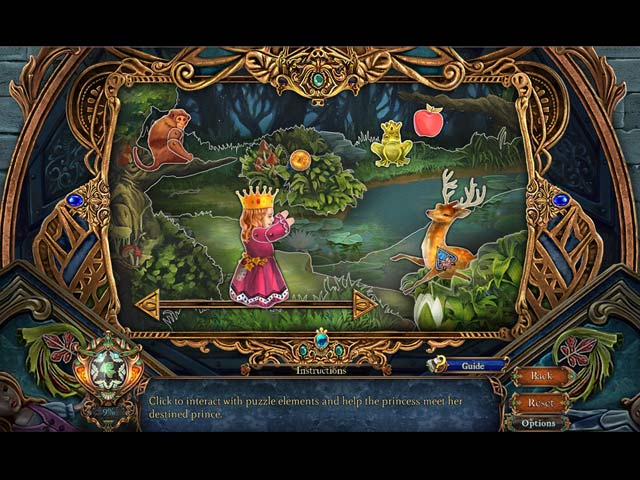