1
new
100 Thieves Has Revealed Aspirations To Create A Video Game.
Reviews
previous article
Moonsouls: Echoes of the Past - Preview
next article
Darkness and Flame: The Dark Side - Preview

If you are in the mood for a Victorian-era mansion adventure, Scarlett Mysteries: Cursed Child will do just enough to impress.

Many years ago, Johnathan Everitt left his daughter, Scarlett Everitt, at the doorsteps of an orphanage, promising to return after danger has passed. To this day, Scarlett’s father has yet to return until one day when Scarlett received a mysterious letter addressed to her father. Can you help Scarlett on her quest to baronet Steameyer’s mansion to find her missing father? 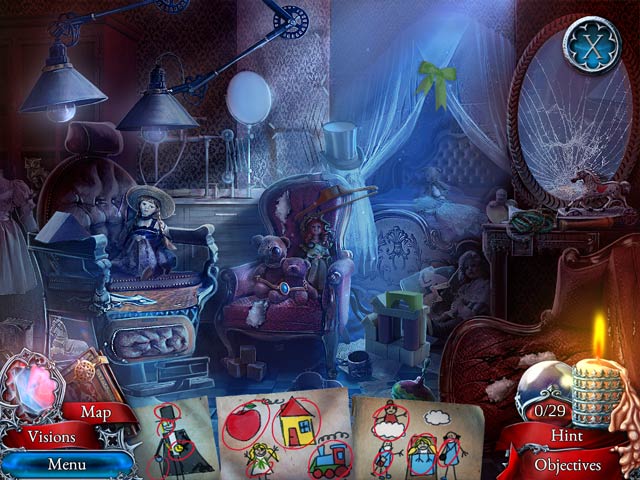 World-Loom and Artifex Mundi teamed up yet again for another brand-new HOPA series, if only Scarlett Mysteries does not feel like a game we have played far too many times before. Scarlett Mysteries: Cursed Child has a storyline full of potential, but fails to use that to its own benefits. The backstories of the characters are thinly-developed, making Scarlett Mysteries just another Victorian-era gothic-esque adventure that the market is already saturated of.

That being said, it is worth noting that Scarlett Mysteries: Cursed Child is still a very enjoyable game. The gameplay is not revolutionary by any means, but it is neatly put together. The progressive hidden object scenes are often exciting and fun, although they are few and far between. The puzzles feature a decent amount of challenge and make sense in the context of the storyline. 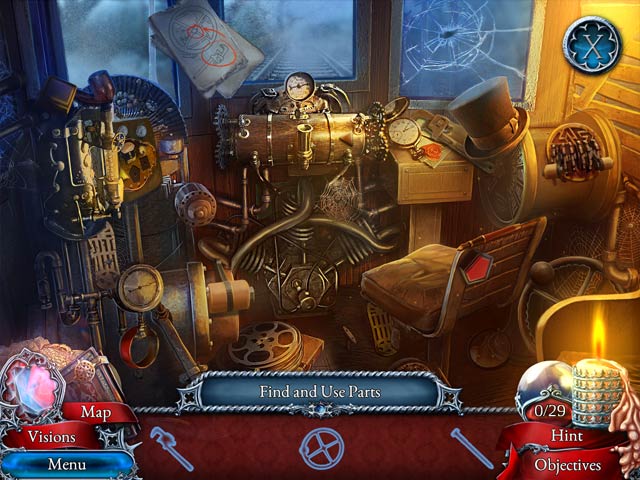 We also appreciate the hand-drawn style of the visuals, which has a nostalgic feel in today’s age of computer-generated graphics. Every single scene is exquisitely designed and painted to fit the theme of the game. Audio wise, the orchestral background music is appropriate for the game and the voice-overs are solid, if not slightly overused.

Scarlett Mysteries: Cursed Child remained pretty straightforward the whole way through, so it only took us roughly three hours to complete the game. In our opinion, the bonus chapter did not live up to the main game, not to mention that it was only 40-minute long. Scarlett Mysteries feels too “standard” to justify for its Collector’s Edition status. However, for those who concern, the bonus section features a strategy guide, wallpapers, soundtracks, concept art, cutscenes, replayable hidden object scenes, replayable puzzles, achievements, collectibles, and morphing objects.

If you are in the mood for a Victorian-era mansion adventure, Scarlett Mysteries: Cursed Child will do just enough to impress. 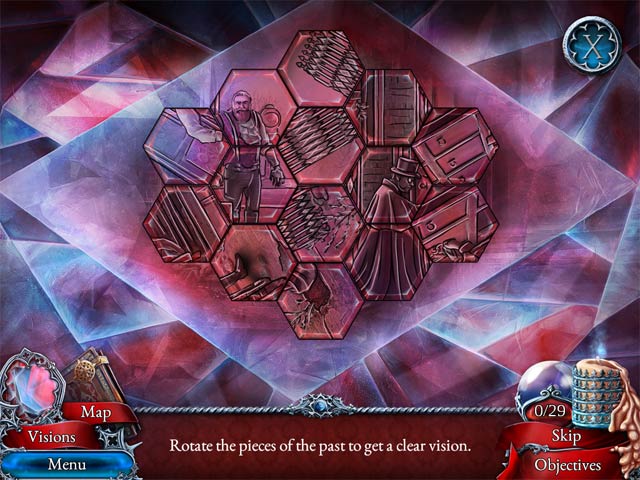