The way AMAX keeps dragging out the Spirits of Mystery is almost astounding. The series has been dead for a long time and if anything, The Last Fire Queen digs the series a deeper hole.

The Fire Kingdom was peaceful under King Wirth and Queen Gloria for a long time until a tragedy struck and Queen Gloria died right after she gave birth to the twins. One of the twins was born with a curse mark near her heart and was sent by the King to imprisonment in fear of bad fortune. The other half of the twins, Princess Fara, was sent a monastery with her nanny. Now that Princess Fara has finally woken up and the Great Flame that fuels the kingdom is nearly out, can she find her long-lost twin sister, save the king from his descendant to insanity, and save the kingdom? 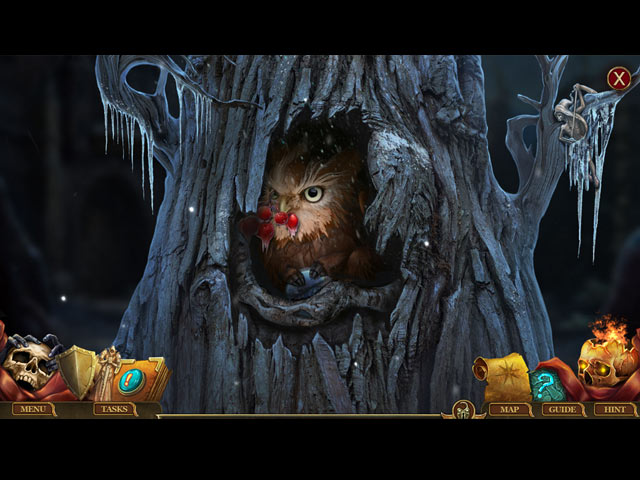 Spirits of Mystery: The Last Fire Queen starts off with a fascinating storyline that is unusually complex for this long-standing HOPA series. Unfortunately, all potential is ruined by the illogical story development and some unnecessary and bizarre twists. Moreover, none of the characters in The Last Fire Queen develops enough backstory to establishes any connection with the player. Thus, the plot feels too much of a chore to actually follow only after about 20 minutes in.

On the gameplay side, Spirits of Mystery: The Last Fire Queen does not impress either. The adventure aspect of the game is pretty much by-the-book, the hidden object scenes are basic and bland, and the puzzles are all that we have seen countless times before. We do appreciate the difficulty selection for the puzzles, although the “Hard” mode usually only increases the tediousness of the puzzles. 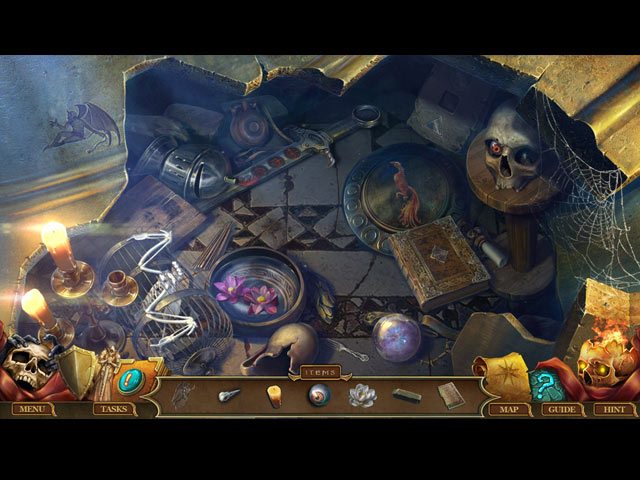 If there is one redeeming quality in this lackluster game, then it is the graphics. Spirits of Mystery: The Last Fire Queen showcases some of AMAX Interactive’s best visuals. The fuzzy quality that usually presents in this developer’s previous works was replaced by much sharper, higher-quality graphics. The animations, along with the special effects are also extremely well-done and always give the player something eye-catching to look at.

For us, Spirits of Mystery: The Last Fire Queen was four hours of boredom and the one-hour bonus chapter certainly did not convince us otherwise. The Collector’s Edition comes with all the standard features; a strategy guide, wallpapers, concept art, screensavers, videos, Match 3 games, replayable hidden object scenes, replayable puzzles, achievements, and collectibles.

The way AMAX keeps dragging out the Spirits of Mystery is almost astounding. The series has been dead for a long time and if anything, The Last Fire Queen digs the series a deeper hole. 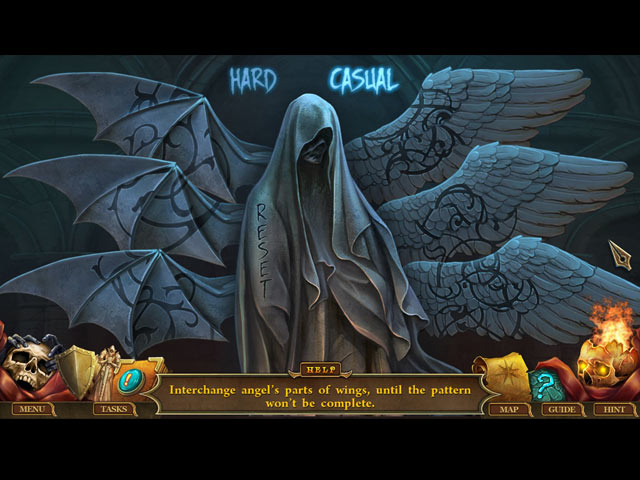