The step down in quality as well as the entertainment value of Incredible Dracula IV: Game of Gods is shocking. All we can do is hope that the developer brings their a-game next time around.

From the critical and commercial success of the past three installments, the Incredible Dracula is slowly, but surely, making its way towards the top of the Time Management games crowd. Unfortunately, that climb will have to wait with the release of this new sequel that is nothing but a disappointment. In Game of Gods, Loki tricked the innocent Dracula into being a pawn in his board game. Can you help Dracula defeat Loki’s sneaky tricks and survive this nightmare? 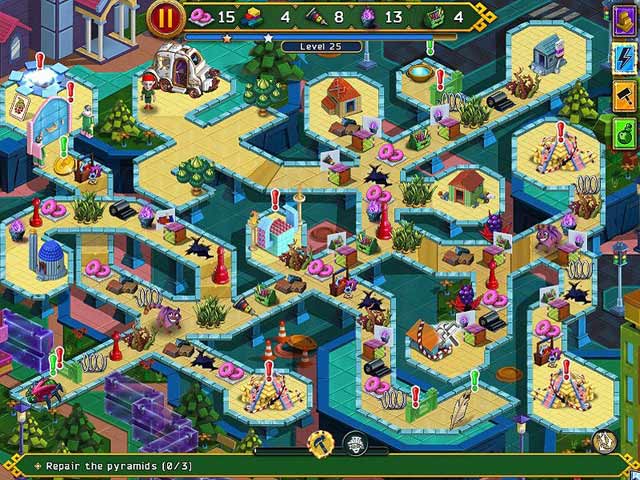 Following in the footsteps of the previous installments, Incredible Dracula IV: Game of Gods continues to deliver humor-filled storyline that holds our interest all the way through. The dialogues are witty and smart, the characters are lovable, and the events that are constantly happening in the game are creative and definitely refreshing.

Despite an engaging storyline, Incredible Dracula IV: Game of Gods pretty much falls flat outside that venue. While there are hints of creativity in the variety of tasks and the cool power-ups, all forty-five levels of the game suffers from basic level design and lack of complexity. We thought so highly of the previous sequels mainly because of their entertaining humor, but also for their multi-layered level design. Game of Gods plays like any other games of its kind, but with a different theme. Playing on the Normal mode, we did not find any of the levels to require strategic thinking and planning, the type that we expected from other Incredible Dracula games. 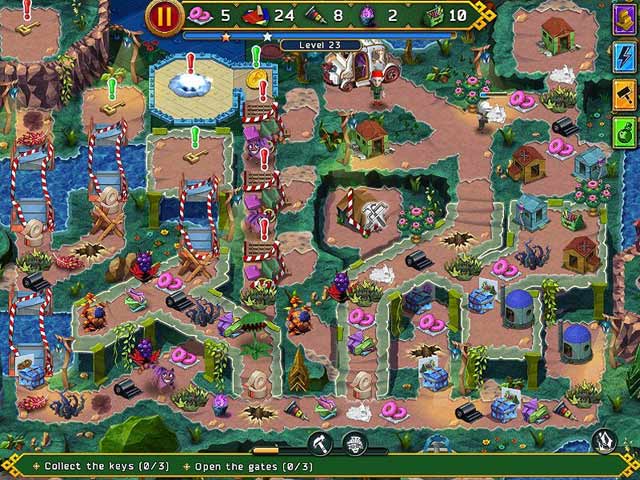 Moreover, the visual quality in Game of Gods seems to be a downgrade from its predecessors. All the elements in the scene somehow look lifeless and flat, in contrast to their bright colors. The slight grainy quality of the graphics certainly does not help, as it further highlights how childishly-drawn these scenes are.

For those interested, Incredible Dracula IV: Game of Gods is also as a Collector’s Edition. This comes with 15 extra levels, a strategy guide, wallpapers, concept art, soundtracks, achievements, and collectibles.

The step down in quality as well as the entertainment value of Incredible Dracula IV: Game of Gods is shocking. All we can do is hope that the developer brings their a-game next time around. 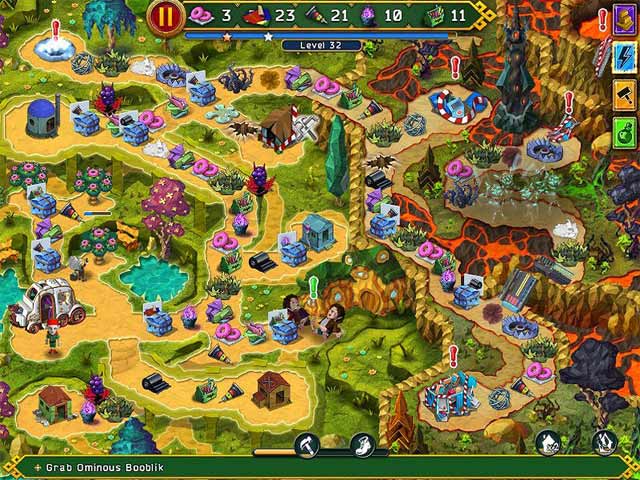