Grim Tales: The Time Traveler continues the franchise's losing streak. Despite the wonderful production and well-executed mechanics, we simply cannot force ourselves to enjoy the cookie-cutter gameplay and the stale storyline.

Anna Gray is on her way the new McGray mansion for a barbeque afternoon when she gets into a horrific car crash. Having miraculously survived the crash and arrived the McGray’s mansion, she discovered that James and Elizabeth McGray have been murdered! With a new time traveler in town, determined to wipe out the Grays and McGrays from the face of the Earth, can you help Anna catch this killer before he hurts any more of her relatives? 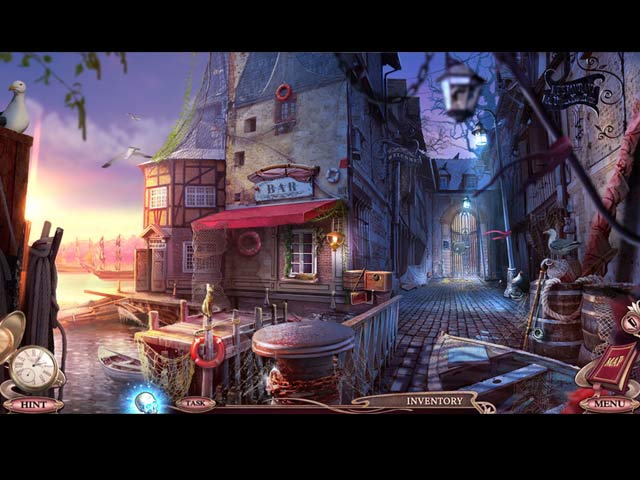 With this being the fourteenth installment, we feel like the Grim Tales has lived beyond its peak. This new Grim Tales chapter recycles the usual plot about a villain who can travel between worlds and the backstory is not extensive enough to be any effective. The father’s skull that can be used to communicate with the spirit of your father was interesting when it was first introduced in Crimson Hollow. However, with this being the fourth game that the skull plays a rather major role, it feels more like a cheap storytelling tool than anything.

As a game developed by a veteran developer like Elephant Games, Grim Tales: The Time Traveler is geared to perfection in every aspect. The adventure part is as smooth as can be, the hidden object scenes are up to standard, and the puzzles are logical and enjoyable. Despite that, the lack of any real innovation and challenges bother us. The amount of shaped keys and locked doors is ridiculous, the hidden object scenes contain very few surprises, and the puzzles are disappointingly predictable. 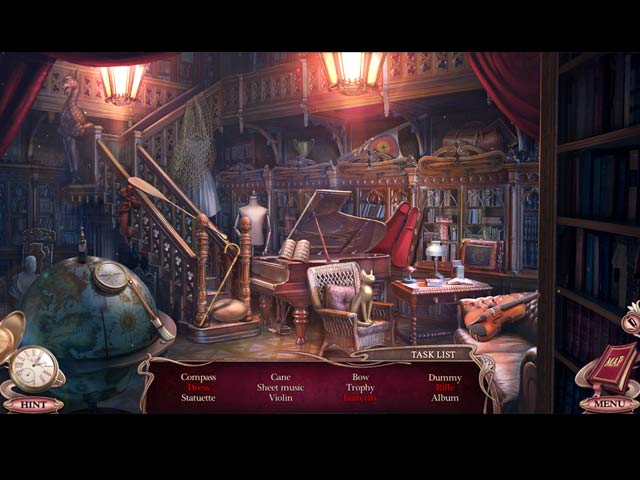 Luckily, even if all else fails, Grim Tales: The Time Traveler is still a visual extravaganza. The exquisite artwork and the sophisticated visual effects help bring each scene to life. The quality of the graphics is also unbeatable, even the hidden object scenes look like a visual showcase. As for the background music, it remains steady and pleasant throughout the game with increased intensity at dramatic moments.

Due to the simplicity of the gameplay, we flew through the main game in just three hours and 20 minutes. Of course, Grim Tales: The Time Traveler is also available as a Collector’s Edition. The extras section includes a 45-minute bonus chapter, a strategy guide, wallpapers, screensavers, concept art, soundtracks, achievements, collectibles, morphing objects, and the Archives.

Grim Tales: The Time Traveler continues the franchise’s losing streak. Despite the wonderful production and well-executed mechanics, we simply cannot force ourselves to enjoy the cookie-cutter gameplay and the stale storyline. 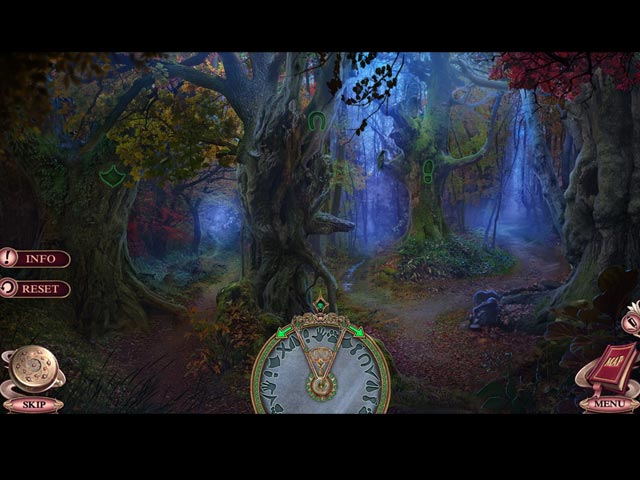 Featured Games
The Forgotten City 2021: Review
Twin Mirror 2021: Review
Impostor Factory 2021: Review
Finding Paradise 2017: Review
The Longing 2020: Review
© 2012-2020, All About Casual Games.
All About Casual Games is licensed under a Creative Commons Attribution-NonCommercial 4.0 International License. Based on a work at www.allaboutcasualgame.com. Permissions beyond the scope of this license may be available at http://www.allaboutcasualgame.com/p/contact-us.html.
Send this to a friend