Dreampath: Guardian of the Forest is a wonderful and gorgeous adventure from start to finish.

King Altus is under an evil spell and has accused your mentor, Regis the Master Wizard of attempted murder and ordered him to his death. As an apprentice wizard, you have to save your innocent mentor and rid of the king of sinister forces as you learn more about the dark secrets of the royal family in Dreampath: Guardian of the Forest. 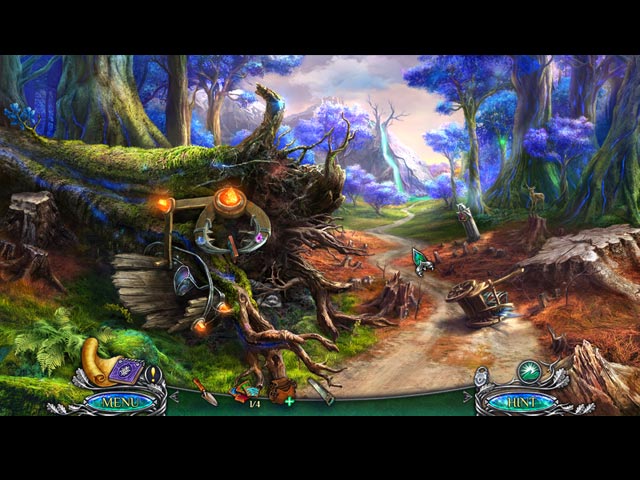 Unlike most HOPA developers, Boolat Games only releases a couple of HOPA titles a year. Dreampath: Guardian of the Forest is actually only the second game they have released this year; they took their time with their projects, and it shows. Dreampath: Guardian of the Forest centers its storyline around an overused plot about a spellbound king, but with enough cool twists and interesting backstories to keep things fresh. We appreciate how richly-developed the backstory of each main character is; this makes it easy for us to get attached to the characters and feel more engaged in the storyline.

Dreampath: Guardian of the Forest is as thrilling as it is not only because of the exciting storyline, but also because it is a perfectly-crafted game. The game might not bring anything entirely unique to the table, but it is well-executed in every aspect. The adventure part is satisfyingly challenging with the large number of locations and some rather unconventional tasks. The hidden object scenes are creative, complex, and require some real attention to complete. The mini-games are excellently-integrated into the game, although a higher difficulty level would still be appreciated. Further, the game does not include any nonsense gimmicks. The only extra features it features are the magic spells, which are necessary to the progression of the game.

Length wise, the game comes in slightly short. Dreampath: Guardian of the Forest took us around three and a half hours to complete, and the bonus chapter took us another 45 minutes. The Collector’s Edition includes a strategy guide, soundtracks, wallpapers, videos, concept art, replayable hidden object scenes, replayable mini-games, achievements, collectibles, and morphing objects.

Dreampath: Guardian of the Forest is a wonderful and gorgeous adventure from start to finish.

by All About Casual Games on March 22, 2019
Big Fish Games teamed up with Boolat Games, the prolific developer behind favorites like Dreampath and Dark Cases for a new magical farming game for mobile. Decurse takes place on a sparkly island that is half-submerged in water. Can you reverse the curse and bring happiness back to the people of the island? Boolat Games first […]

by All About Casual Games on October 10, 2017
The third chapter of the magical Dreampath series has you playing as an amateur wizard on his way to save the kingdom from the evil! Screenshots taken by Jan Thomas

by All About Casual Games on March 8, 2017
Your fiancé was hospitalized following an attack on his diving boat. It turns out that he discovered an unusual artifact that acts as a gateway to various out-of-this-world portals. Now that the same dark energy that attacked him on the boat has returned and kidnapped him into these fantasy worlds, it is down to you to […]
Comments
Leave a reply