The series fatigue has definitely set in for Danse Macabre. This latest installment, A Lover's Pledge, is a rough adventure that is in need of fine-tuning.

Danse Macabre used to be an exciting series, with its sophisticated storylines and extravagant production. Things started to shift when Eipix chose to focus on quantity over quality when it comes to this once-promising franchise, A Lover’s Pledge is the third Danse Macabre game in 2017 – and the compromise shows. In this sequel, you play as a seamstress who was in the wrong place at the wrong time. You found yourself in the middle of a major drama when the lead actress from the opera show got kidnapped by a ghost, can you save her and yourself from this haunted theater? 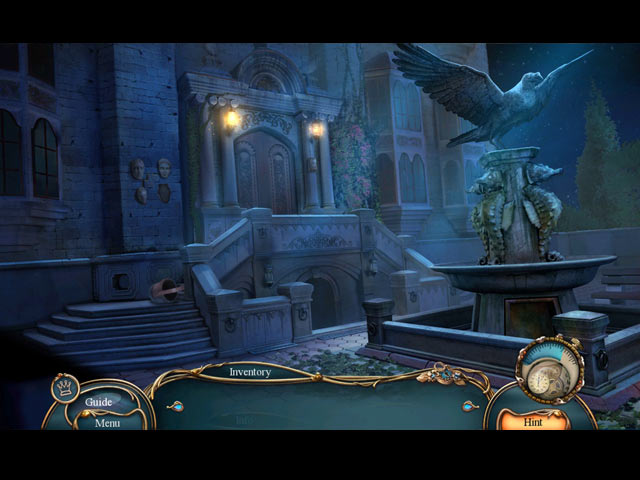 The storyline of Danse Macabre: A Lover’s Pledge is filled with HOPA cliches. From the vengeful spirit to the kidnapped performer, everything is just so predictable, even the alleged “twists” are not interesting anymore. Still, thanks to the fast-paced storytelling, the game is not as dull as it could have been.

It is no surprise that the gameplay in Danse Macabre: A Lover’s Pledge is of the recycled type. While there is a lot of tasks and interactions to perform in each location, the challenge level is dumb down by how simple and boring these tasks are. Not to mention, that some tasks are far from being logical and that a few objects are placed in irrational places. On the other hand, we found ourselves enjoying the hidden object scenes and the puzzles quite a bit. The hidden objects are very well-excited, with just enough creativity and clever touches to keep things fresh. At the same time, the puzzles provide a decent challenge level, although the majority of them are based on the same-old concepts. 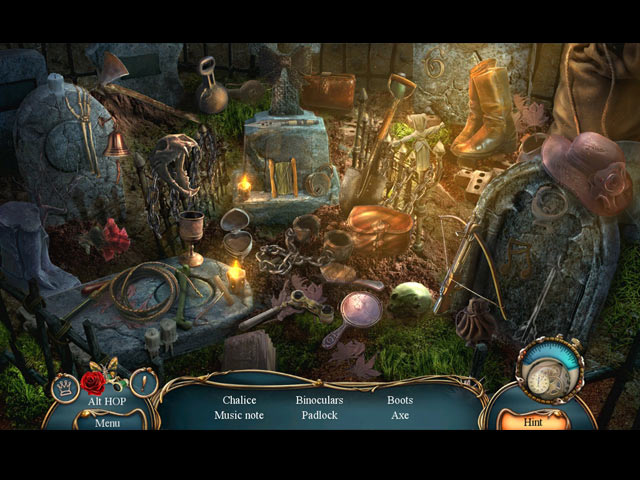 Eipix is usually pretty reliable with its high production values. However, the sights and sounds in Danse Macabre: A Lover’s Pledge does not exactly impress. Even though the overall quality of the visuals is still high, the basic artwork and the washed-out colors are not to Eipix’s usual high standards. The background music is pleasant enough, but the voice-acting is sometimes slightly awkward and inappropriately dramatic.

Rolling in at the three and a half hour mark, Danse Macabre: A Lover’s Pledge is a tad short of the standard length for a premium HOPA. The Collector’s Edition contains all the expected extras; a strategy guide, wallpapers, soundtracks, videos, a souvenir room, replayable hidden object scenes, replayable mini-games, collectibles, and achievements.

The series fatigue has definitely set in for Danse Macabre. This latest installment, A Lover’s Pledge, is a rough adventure that is in need of fine-tuning.