PuppetShow: Poetic Justice's challenge factor is non-existent. Luckily, we can resort to the superb production and the thrilling story development for some quality entertainment.

Another sequel, another mayor, another town invaded by evil puppets. With twelve games in, the PuppetShow series seems to have run out of ideas. PuppetShow: Poetic Justice tells a story of a chaotic town that has recently been conquered by mechanical puppets and masked men. To add to the madness, the mayor’s wife has also gone missing! It is up to you to dive right into this mystery and save the town from the verge of collapse. 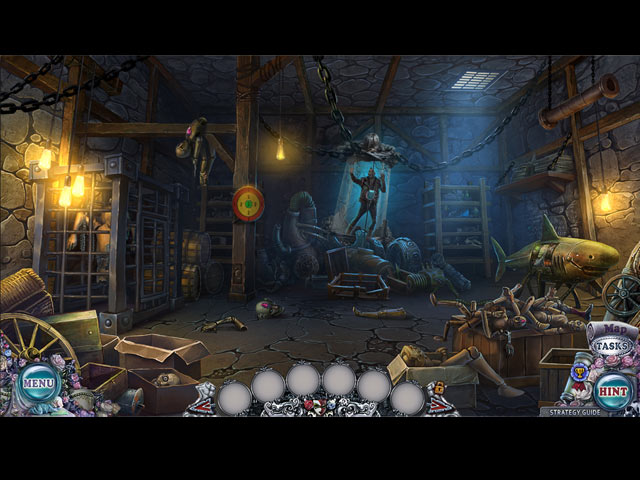 Despite the recycled plot, we personally found the storyline in PuppetShow: Poetic Justice to be quite intriguing. The game is packed with exciting events and over-the-top actions. While it might not be as creepy as some of the previous PuppetShow games, Poetic Justice is perhaps, one of the most entertaining sequels.

AMAX Interactive’s expertise obviously lies in creating HOPA games. All the game mechanics in PuppetShow: Poetic Justice are basically flawless and the balance between hidden objects and puzzles is spot-on. However, PuppetShow: Poetic Justice is also one of the easiest HOPAs we have played as of late. The adventure part is predictable to the point that it is almost laughable. The hidden object scenes could not have been more standard and the puzzles are not anything particularly creative either. From beginning to end, we raced through the game without the need to use the Hint or the Skip feature. 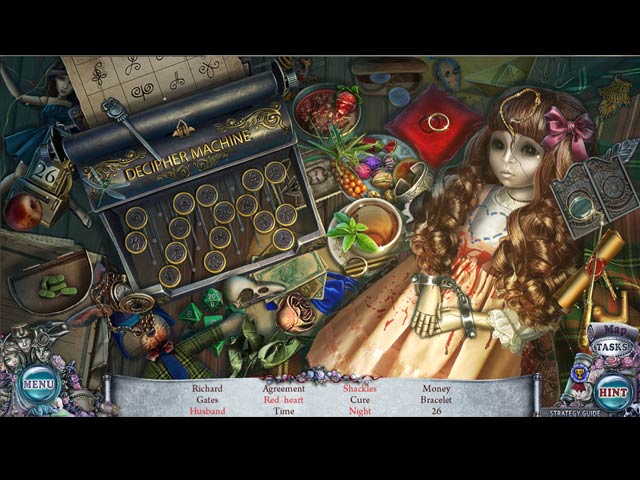 If there is one thing that AMAX Interactive continues to do right, it must be the production. The quality of the graphics is no doubt impressive and the level of details in the artwork is astounding. Audio wise, the background music works to set the suspenseful mood of the game and the voice-overs are decent, although they feel a little forced at times.

Most likely due to the lack of challenge, we completed PuppetShow: Poetic Justice in under three hours. The bonus chapter is not closely related to the main game and took us only 30 minutes to complete. The Collector’s Edition features are also not enough to make up for the game’s short length. The bonus section includes a strategy guide, wallpapers, screensavers, videos, soundtracks, achievements, collectibles, replayable mini-games, and replayable hidden object scenes.

PuppetShow: Poetic Justice’s challenge factor is non-existent. Luckily, we can resort to the superb production and the thrilling story development for some quality entertainment. 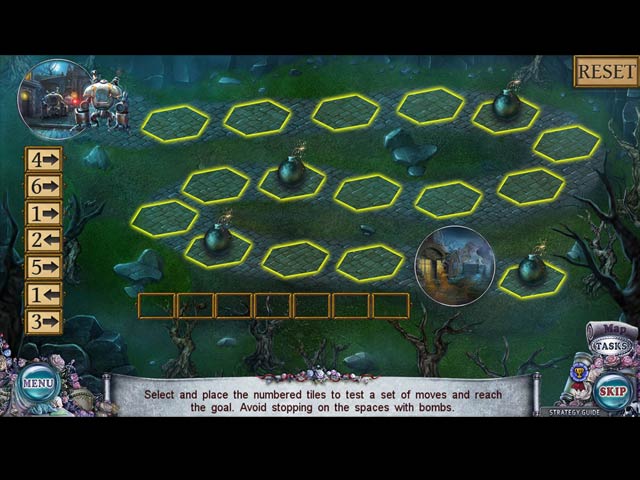