Dark Romance: The Monster Within – Review Dark Romance: The Monster Within is simply average in everything it does. None of the aspects are exceptionally terrible, but the tedious story and the snooze-fest of a gameplay definitely did not make this game "great" by any means.

It’s your wedding day and your wife, Sybil, has just received a beautiful portrait of herself from an unknown sender. But before you managed to celebrate the occasion with your beloved, the portrait unleashed a mysterious energy that turned Sybil into a beast! Play as both Nigel and Sybil and put an end to this insanity… The Dark Romance series has always suffered from slow-paced story development and that issue persists in this latest sequel. While we still enjoy the concept of playing through two different perspectives, we wish the game could have picked up its pace a little. As for now, The Monster Within features a recycled storyline and predictable development, and is full of HOPA clichés.

The gameplay also does not stray far from the traditional HOPA mold. The hidden object scenes are fairly enjoyable, but they are not the best. The majority of them are standard lists or silhouettes, with a few slightly more creative progressive types. None of them is particularly challenging, although the Match-3 alternatives provide a nice switch-up of pace. Similarly, the puzzles are not outstanding. Some of them are cleverly tied into the storyline, but do not offer any real challenge or complexity. 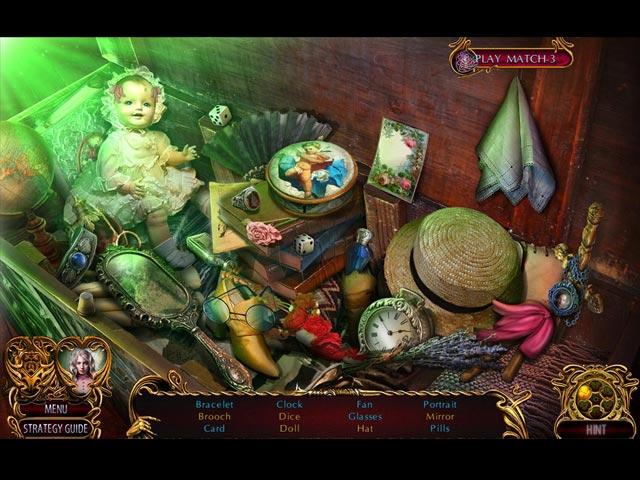 If all else fails, at least Dark Romance: The Monster Within is a visually-pleasing game. The moody and haunting visuals are suitable for the dark fantasy theme of the game. However, the visuals are not without flaws. If you are a big fan of the HOPA genre, then you would have noticed the tendency that the developer relates the color green to anything sinister – The Monster Within takes that to another level. An overwhelming amount of visual effects in the game are of the green hue, to the point that make every scene of the game looks sort of the same.

Dark Romance: The Monster Within took us just under four hours to complete, and the bonus chapter dragged on for another 50 minutes. The Collector’s Edition comes packed with a strategy guide, wallpapers, concept art, soundtracks, videos, a Menagerie, replayable hidden object scenes, replayable mini-games, achievements, collectibles, and morphing objects.

Dark Romance: The Monster Within is simply average in everything it does. None of the aspects are exceptionally terrible, but the tedious story and the snooze-fest of a gameplay definitely did not make this game “great” by any means. 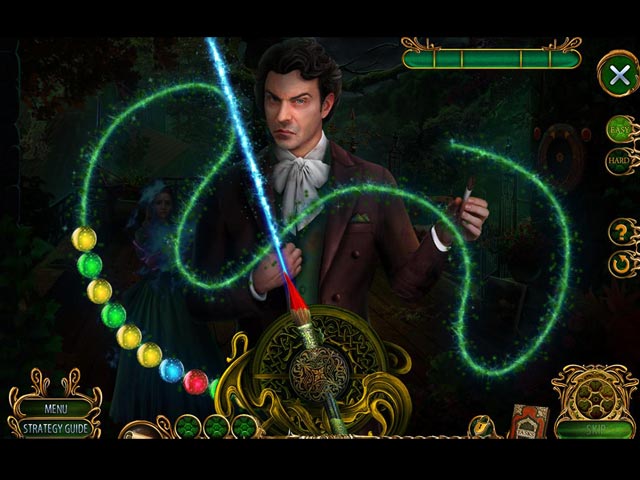