1
new
I Am Dead 2020: Review
Reviews
previous article
Mystery Tales: The House of Others - Review
next article
Spirits of Mystery: The Moon Crystal - Preview Aaron and Ophelia were just about to get married when Ophelia was suddenly struck by a deadly disease. Aaron has already tried to save his lover using any means necessary, all of which proved fruitless. He is now ready to take one step further into the dangerous world of dark magic. Help Aaron as he explores the Underworld in search for the Blind Witch, who might be able to help bringing Ophelia back to life! 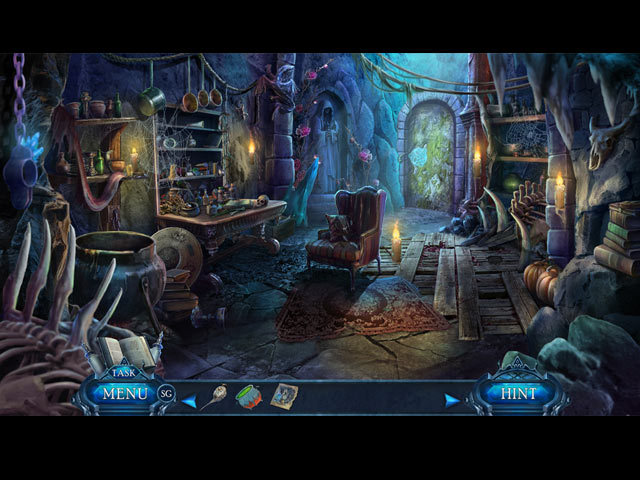 Once again, the Love Chronicles series seamlessly integrates a romance story with a dark fantasy theme. There is no denying that this sort of storyline has been done a hundred times before. However, it is also worth noting that the one in this game is particularly well done. From the delivery to the dialogs – every part of the storyline is perfectly-tuned.

Regarding the gameplay, there is nothing groundbreaking. The adventure is fairly traditional – no helpers or anything unexpected. There is one extra feature though, which is The Compass. It is not required to use very often, and usually consists of aligning parts of the scene to reveal hidden spaces. Similarly, the hidden object scenes and the puzzles are not the most innovative types. Still, we thoroughly enjoyed every one of them since they were all extremely well-crafted and of acceptable difficulty. 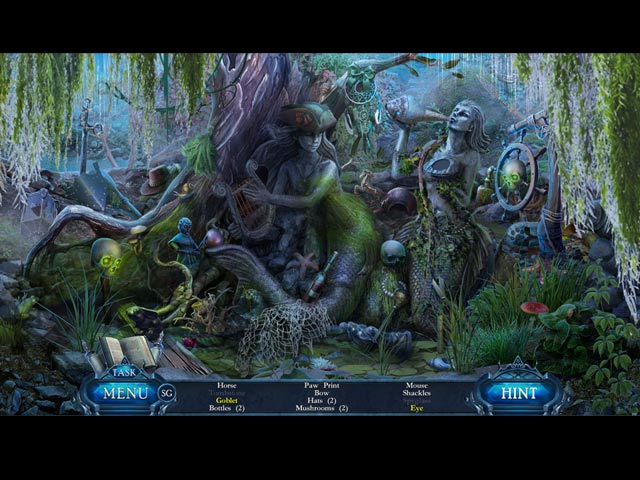 No HOPA game is complete without a top-rate production. Love Chronicles: Death’s Embrace certainly does not disappoint with its sights and sounds. The visuals feature extravagant special effects and intricate details – all of which are stunning. Further, the audio delivers the same high quality. The voice-acting is on-point and appropriate for each character, while the soothing music gives the game a magical feel.

Love Chronicles: Death’s Embrace has a typical length of around four hours and the bonus chapter comes in at the 50-minute mark. The Collector’s Edition is rather light on the bonus content, having only included a strategy guide, wallpapers, concept art, developer’s diary, soundtracks, and collectibles.