We are curious to see where the Enchanted Kingdom series will go next, because A Dark Seed is a pretty promising opening game.

The Kingdoms of Tar have been invaded by a horrifying disease that can turn a person into a tree, called The Dark Seed. You have been invited to find the cure to this mysterious disease because of your immunity and magical healing abilities. Can you use your skills to save the kingdom in this latest fantasy offering from Domini Games? 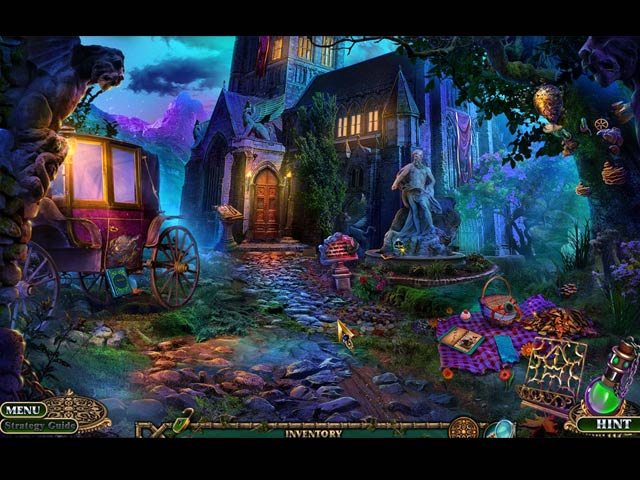 The storyline in Enchanted Kingdom: A Dark Seed starts off rather slowly, but picks up the pace towards the end of the chapter. Although the concept of the game is not original in the slightest, the thoughtful extra features included in the game make the game more interesting. Unlike in many casual adventures, these extra features, Healer’s Kit and Diagnostic Lens, are well-integrated into the plot and actually help driving the story forward.

It is unfortunate that the rest of the gameplay is fairly basic. The adventure part of the game follows the typical HOPA pattern, with nothing that long-time HOPA players will find particularly exciting. The hidden object scenes and the puzzles are more creative, but they still could have been more complex and challenging. 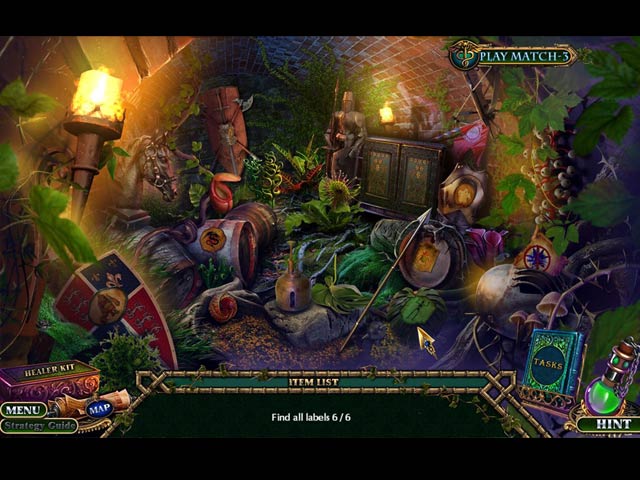 Domini Games has a very specific art style in their games, and Enchanted Kingdom: A Dark Seed does not shy away from that. The graphics are extremely detailed and the special effects are plenty. The heavy focus on the blue hue might be overwhelming at first, but your eyes will adjust to it after a while.

Playing on the easiest mode and without skipping any puzzles, we completed the main game of Enchanted Kingdom: A Dark Seed in just under four hours and the decent bonus chapter in approximately 45 minutes. The game is rather light on the bonus content, having only included a strategy guide, wallpapers, concept art, soundtracks, a Zoological garden, achievements, collectibles, and morphings.

We are curious to see where the Enchanted Kingdom series will go next, because A Dark Seed is a pretty promising opening game. 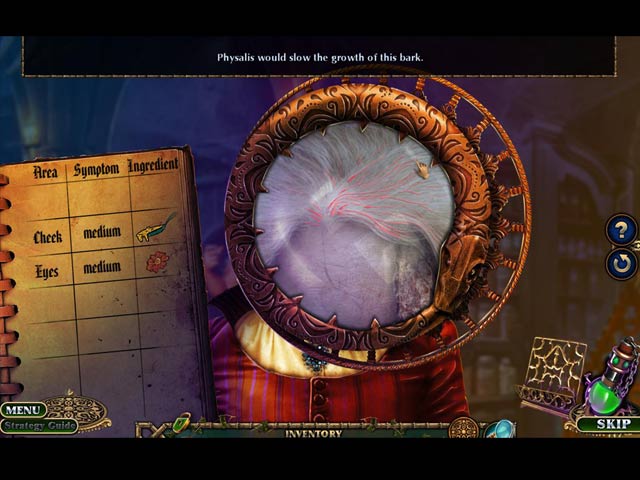