PuppetShow: Bloody Rosie is wild, fun, and all-around impressive. ERS-G is back on our good side with its recent efforts, keep up the good work!

The PuppetShow series is no doubt one of the oldest and one of the most iconic HOPA series ever created. However, its track record is a weird one; some games were brilliant, while some just didn’t hit the right marks. PuppetShow: Bloody Rosie is the tenth game in the series, and luckily, it falls into the first category. 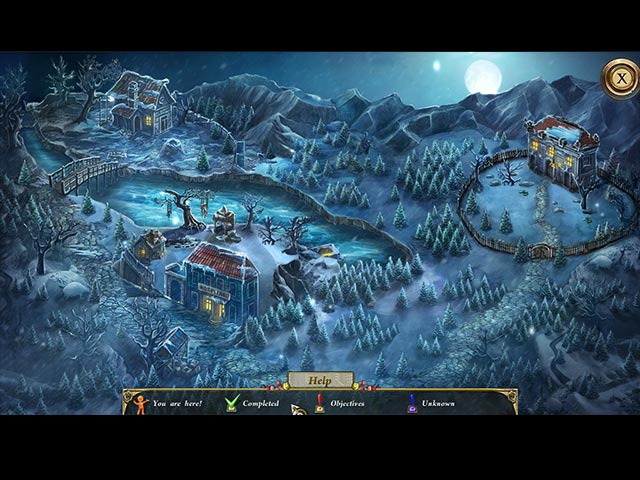 You got a call from a doctor to investigate the death of his wife, in which he believes was a murder. But the Oldern Town is no ordinary town, because it’s run by puppets, mostly evil one. You need to get to the roots of this madness and stop any more murders from happening. Obviously, the story in PuppetShow: Bloody Rosie is not something extraordinary, but it is entertaining nonetheless. We also like that ERS-G took the “puppets” theme so seriously in this sequel; we have puppets popping out of nowhere and start shooting and killing people, random puppets running down the streets or hanging from corners of the scenes. Some might not enjoy this puppet mayhem and the slight nod to violence, but in our opinion, they fuel the game and keep the energy alive.

PuppetShow: Bloody Rosie is fairly straightforward when it comes to the gameplay. The adventure is not very complex, with one easy task after another. Still, we appreciate the developer’s creative efforts to freshen things up this time. Bloody Rosie sees more story-driven mini-games and cool interactions than any of the previous works from ERS-G, this is surely a positive thing. If only the mini-games could be more challenging, this might very well be one of the best PuppetShow game. 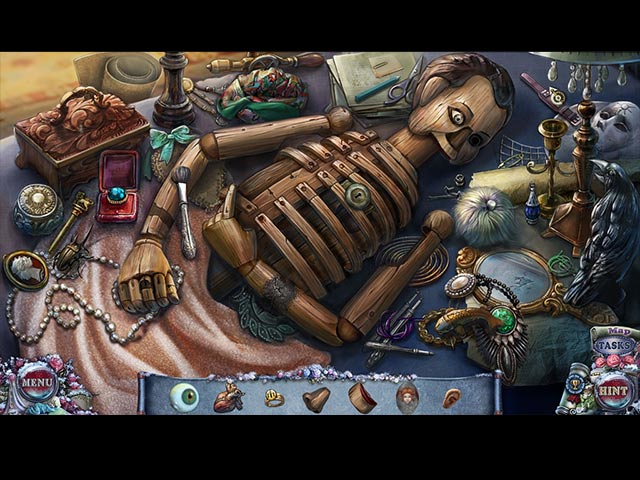 One thing we didn’t like about the gameplay is our helper, a flying puppet that was one belonged to the doctor’s wife. While the whole idea of having the puppet taking photos of obscure places is arguably smart, the cutesy look of the puppet makes it feel out of place. Furthermore, the slow animations of the puppet also take away from such a fast-paced environment.

PuppetShow: Bloody Rosie is walking a fine line with its production. On one hand, the graphics are stunning, the animations are breathtaking, and the artwork is nothing short of gorgeous. On the other hand, the audio needs major rework. We have no problem with the soundtracks, but rather the sound effects and the voice-overs. From time to time, we found the sound effects to be overly-dramatic and almost excessive – the experience would have been much smoother if the game is just a tad quieter. As for the voice-overs, the rollercoaster of accents is very distracting.

We recommend the Collector’s Edition of the game, as it is packed with all the necessary extras. A strategy guide, wallpapers, concept art, screensavers, achievements, collectibles, cutscenes, soundtracks, replayable mini-games, and replayable hidden object scenes are all parts of the bonus section. The game also comes with a great bonus chapter, which brings the total playtime to around 5 hours. 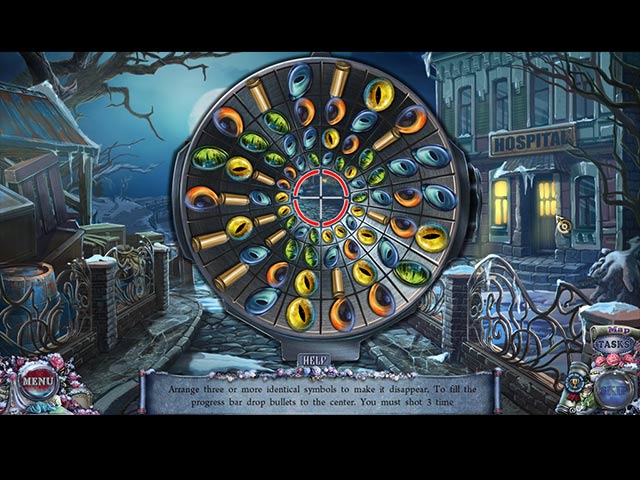