Dark Parables: The Thief and the Tinderbox – Review Dark Parables: The Thief and the Tinderbox Collector's Edition

The Thief and the Tinderbox is just as stunning and engaging as a classic Dark Parables game. The game plays it safe through and through, but sometimes that is all we need to have a good time.

Dark Parables is one of the most iconic franchises in the history of HOPA – with its twelfth game, the series takes us to the Mountain Kingdom, on the eve of Gerda and Gwyn’s wedding! Things started to go south when someone tried to stop the wedding – is all this fuss related to the legend of the Tinderbox, and can Gerda and Gwyn live happily ever after? 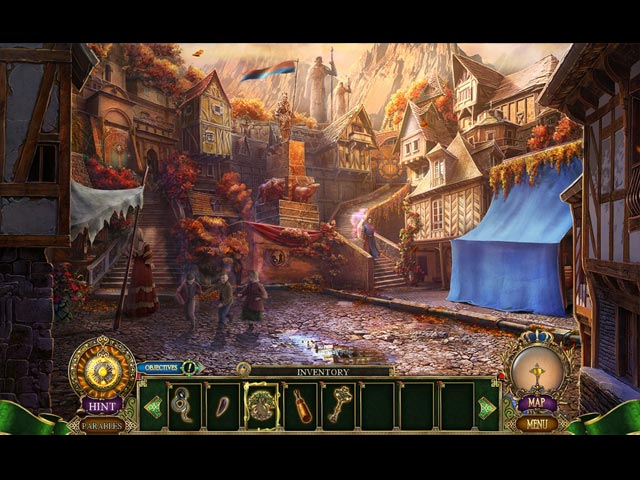 For a while now, the Dark Parables stopped twisting well-known fairytales and started telling its own brand-new tales. We feel as if this decision rips away the core identity of this long-running series and now Dark Parables has just been reduced to just another family-friendly fantasy series. Regardless, Eipix and Blue Tea did a great job with the storyline in The Thief and the Tinderbox. It is definitely not unique, but it has a backstory that is interesting enough to captivate us.

Visually, Dark Parables: The Thief and the Tinderbox delivers as expected. The graphics are incredibly detailed with vivid colors, the true Dark Parables signature art style. Additionally, the background music and the sound effects also fall in line with those in the previous games of the series. One complaint though, the cardboard cutout characters look somewhat awkward when they animate – it’s 2016, things like this shouldn’t have been an issue. 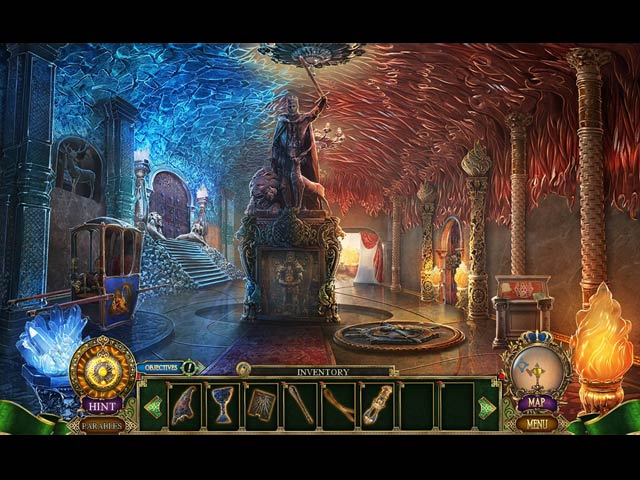 The gameplay is familiar – going back and forth, picking up emblems and amulets and completing tasks to progress the adventure. There is nothing particularly exciting about The Thief and the Tinderbox, but there is no major concern either. The game still includes the gorgeously-crafted FROG’s scenes which are the hearts of the Dark Parables series. As for the puzzles, there is a mix of simpler, easier ones and more complicated, more innovative ones.

The four hours of Dark Parables: The Thief and the Tinderbox passed by quickly since we were totally absorbed by the sights and sounds. The Collector’s Edition gives a solid extra hour of gameplay, a strategy guide, wallpapers, concept art, soundtracks, replayable puzzles, replayable FROGS, collectibles, achievements and morphing parables. 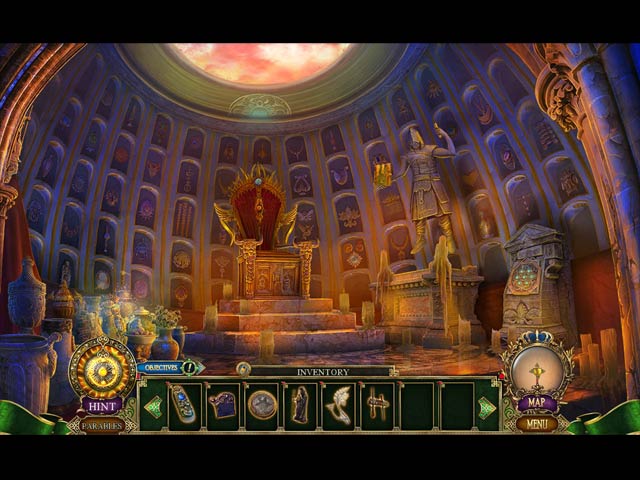