Edge of Reality: Ring of Destiny will captivate you with its gorgeous world and thrilling story from the start to finish. If only the puzzles were more complex and the gameplay was just a tad harder, this beautiful game would have been a strong contender for the game of the year.

Your life takes an exciting turn soon after you adopted a Golden Retriever, Ice, from the animal shelter. As you then realized, Ice is no ordinary dog – he was sent from another world to find a human worthy of the powerful Ring of Destiny, and you are the Chosen One! Can you help the Kingdom of Agora survive the attacks from the evil forces? 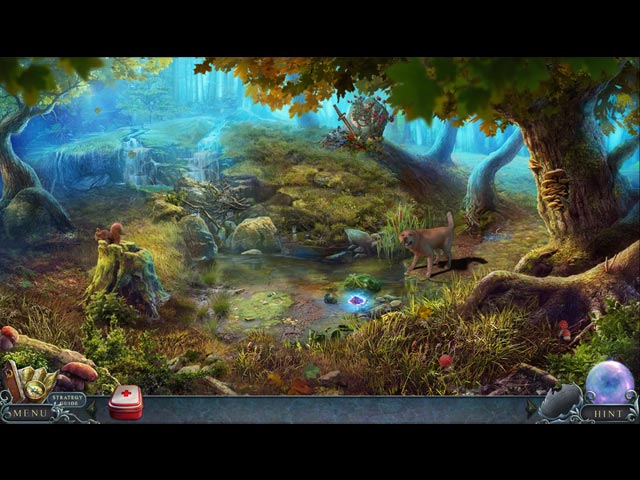 4 Friends Games is definitely one of the finest makers of fantasy HOPAs in the industry, and this brand-new series further proves the point. For once, this fantasy HOPA has a rather interesting story. The fantasy world featured in the game is extremely well-built – filled with wonderful creatures to interact with and fascinating things to look at. The accompany of Ice is also much welcomed, considering how cute and smart he is.

As expected, the visuals in Edge of Reality: Ring of Destiny are second to none. All of the scenes are creatively designed, drawn to perfection and painted with appropriately bright colors. Moreover, the cutscenes and animations are top-notch – the art team at 4 Friends Games deserves an award for their work in this game! The audio is not disappointing either. The game is pretty quiet most of the times, save for the relaxing ambient sounds. However, when the soundtracks are playing, they all hit the right notes. 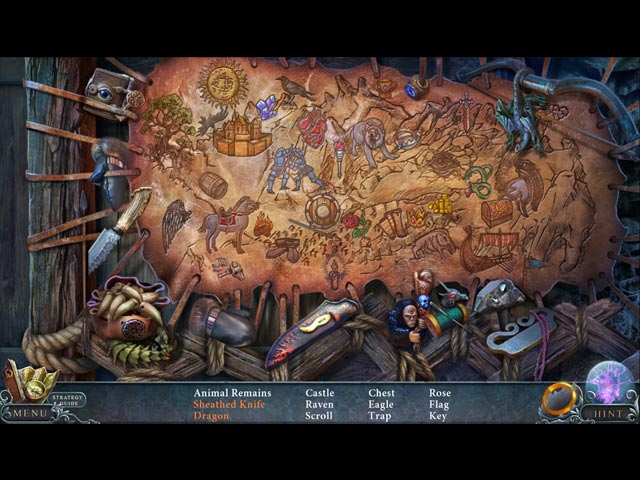 Edge of Reality: Ring of Destiny is revolved around mini-games and puzzles, rather than hidden object scenes. Thus, it is kind of a let-down that the puzzles are not more difficulty. The majority of the puzzles in the game are not challenging, nor are they particularly innovative. On the other hand, the hidden object scenes are surprisingly clever, highly interactive and of course, very entertaining.

When it comes to the adventure part, Edge of Reality: Ring of Destiny could have been better. Fans of the genre will find the game to be a no-brainer and even somewhat tedious. At times, the game requires you to take far too many steps to complete one simple task. In addition to the main game mechanics and the dog companion, you also have the Ring of Destiny to help guide you through the game. This magic ring possesses many useful abilities, and it is a bummer that this ring requires the completion of boring Match-3 mini-games every time before its use.

The Collector’s Edition of the game comes with a great one-hour bonus chapter, which is unlocked after the four-hour main game is completed. Other extra items include a strategy guide, wallpapers, soundtracks, scrensavers, concept art, cutscenes, replayable hidden objects, replayable puzzles, achievements and collectibles. 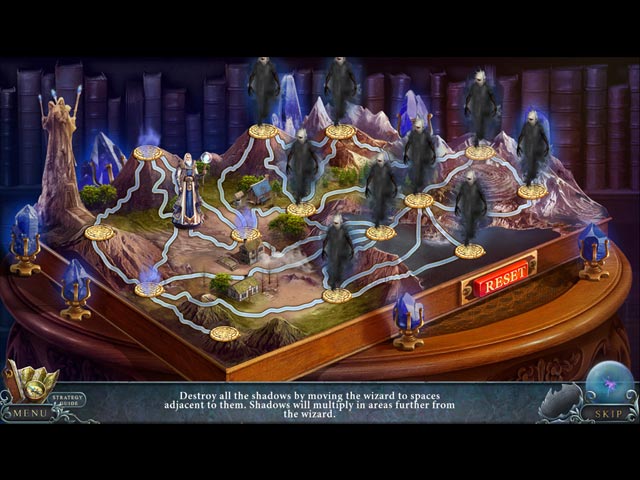