About a year ago, Friendly Cactus released the magical Shrouded Tales: The Spellbound Land to a warm welcome from the HOPA community. This newly-released sequel, Revenge of Shadows has you travel to the fantasy land of Volarden and face the Master of Shadows before Volarden is consumed by his evil shadows forever. 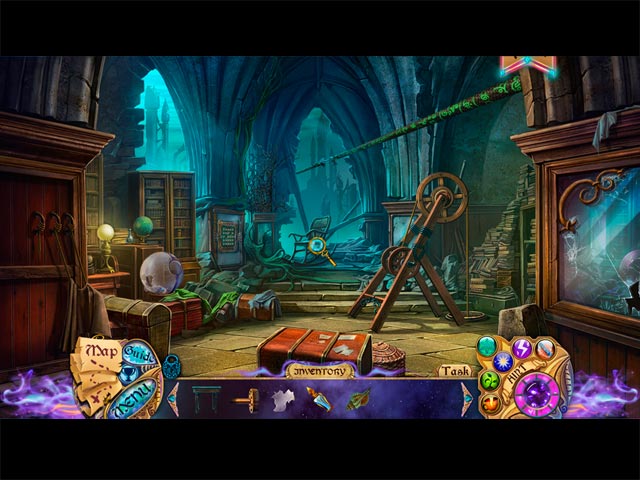 Shrouded Tales: Revenge of Shadows featured a mundane good-vs-evil type of story, sets in a fantasy setting. That’s it, there is nothing about the story that we have not seen before in other HOPA titles. Surprisingly, since the game seems to have a lot going on at a time, we found the game to be somewhat engaging.

Another downside regarding Shrouded Tales: Revenge of Shadows is the presentation. We are usually fans of fantasy games, we love the bright colors and adore the imagination of the developers. However, the graphics in Shrouded Tales 2 just did not do it for us – most of the locations simply look flat; one-dimensional and boring. As for the music, we liked quite a few tracks and disliked a couple others, but they all went along well with the theme of the game. 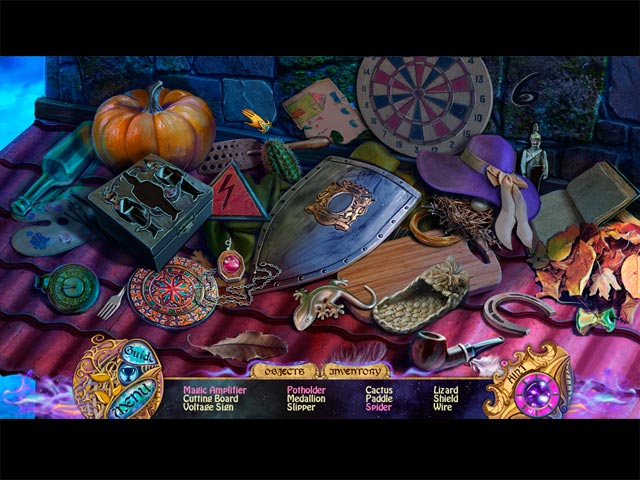 No matter what, Shrouded Tales: Revenge of Shadows is an undeniably entertaining game. The adventure part is fun and the tasks are not too obvious nor too easy, just the right level of difficulty. The hidden object scenes are mostly standard lists, the pleasant twist is that inventory items can also be used to interact with the items in the hidden object scenes. The main focus of the game seems to be at the puzzles, as there are tons of them in the game. The puzzles ranged from easy to moderately difficult; none of them are totally unique, but rather cool takes on the classic styles. Like in the first game, we also have five different powerful abilities we can use during the game. All of them are incredibly useful and we definitely enjoyed practicing with them.

Shrouded Tales: Revenge of Shadows might be fun and all, but the Collector’s Edition is kind of underwhelming. The extra section has all the standard bonuses, but nothing else. Anyway, the bonus chapter is arguably solid. 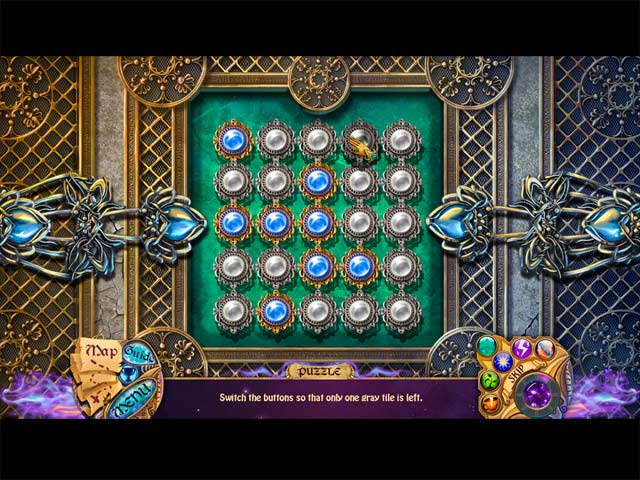 Featured Games
Mystery Adventure Games Spy Agent Escape Room: Review
Hidden Objects – Mystery Tales 7 (Free To Play): Review
Seekers Notes: Hidden Mystery: Review
Hidden Object Adventure Games – Around The World in 80 Days &...
© 2012-2020, All About Casual Games.
All About Casual Games is licensed under a Creative Commons Attribution-NonCommercial 4.0 International License. Based on a work at www.allaboutcasualgame.com. Permissions beyond the scope of this license may be available at http://www.allaboutcasualgame.com/p/contact-us.html.
Send this to a friend