Even with its outdated look and the lack of innovation, Forgotten Kingdoms: The Ruby Ring is not a terrible game. It might not be totally worth the money as a Collector's Edition, but a Standard Edition or a sale price might be worth your consideration.

Vast Studios used to be one of our favorite developers. Unfortunately, most of the recent games from this developer failed to impress one – along with this latest game.When Prince Tristan was still young, mysterious shadows attacked the kingdom and consumed the King and the Queen. Strange purple crystals started to appear all over the kingdom and cover everything in their path. The Nanny decided to take the Prince away from the kingdom for safety. And now that you, the Prince, is now 18 – you are given the powerful Ruby Ring to help you fight the shadows and take back your kingdom! 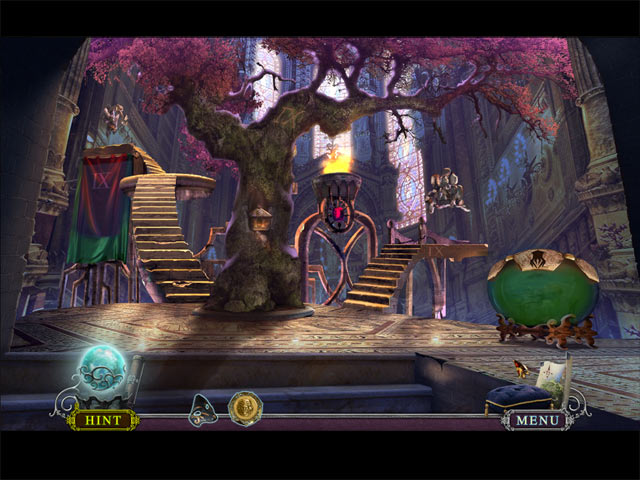 Forgotten Kingdoms: The Ruby Ring comes with a recycled storyline. Surprisingly, we found ourselves enjoying it very much as it stays satisfyingly consistent throughout the game. The Ruby Ring is not an action-packed, filled-with-exciting-events type of game. The pace of the game is rather slow, at times too slow that we almost got bored.

In addition, the visual quality of the game is below average. The scenes are nicely drawn, but ruined by the fuzzy graphics and washed-out colors. Luckily, the audio aspects of the game are much better. The ambiance sounds and the soundtracks are very pleasant and the voice-overs are some of the best, fit the characters nicely.

Gameplay wise, The Ruby Ring does not have much to offer. The game is heavily focused on the adventure part, with a few hidden object scenes and puzzles here and there. The game does not bring anything new to the table; however, due to the huge amount of backtracking, The Ruby Ring is not as easy as it seems. The hidden object scenes are mundane, with grainy graphics and boring objects to find. On the other hand, the puzzles are quite entertaining – while we were familiar with the majority of them, they offered enough challenges to keep us hooked.

The Collector’s Edition of The Ruby Ring includes the standard features, as well as a 50-minute bonus chapter and smartly-hidden Crown collectibles. 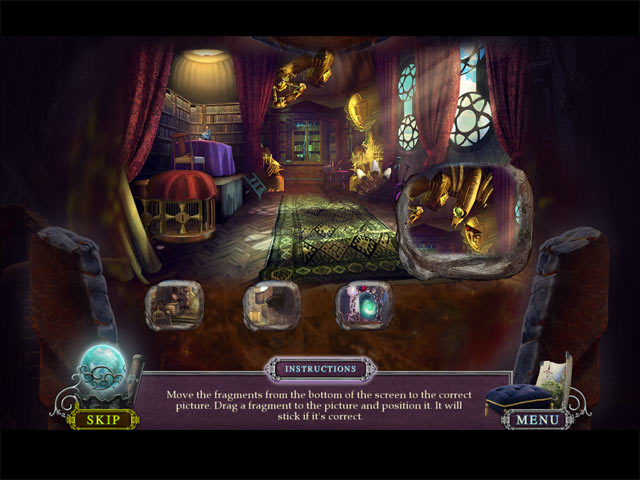 Featured Games
Review: Unmaze – A myth of shadow and light
Get Better Results By Following Our 3 Simple Steps in HIDDEN OBJECT...
Review: THOU the amazing fish planets
Review: Halloween Stories the secrets of magical Halloween animals
Review: Christmas Stories the unforgettable world of Haunted Hotel
© 2012-2020, All About Casual Games.
All About Casual Games is licensed under a Creative Commons Attribution-NonCommercial 4.0 International License. Based on a work at www.allaboutcasualgame.com. Permissions beyond the scope of this license may be available at http://www.allaboutcasualgame.com/p/contact-us.html.
Send this to a friend