Here we go again, another installment in the Grim Facade franchise! This time, a masked man named the Avenger has attacked the town of Coldstone and murdered notable figures from his blacklist. Can you stop him and rescue the people on the rest of the list in time? 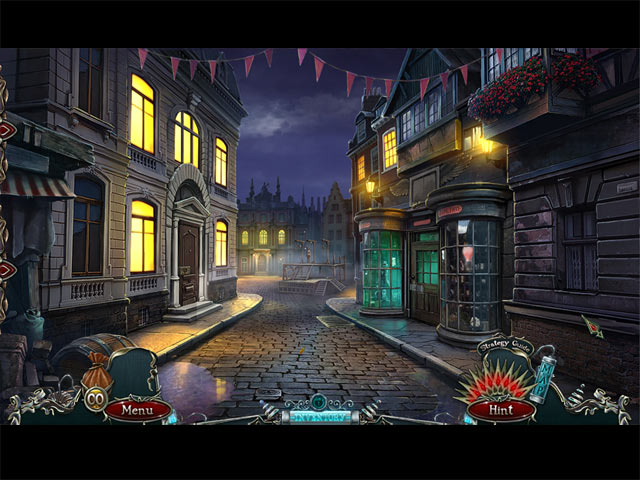 Hidden Sins is probably the darkest Grim Facade installment to date, which is a great thing considering how mundane the series has become. Hidden Sins is very adult-oriented, with some disturbing imagery and sound effects. All of these elements make Hidden Sins a very suspenseful game as well as a very exciting one.

The art team at ERS-G seems to have upgraded the art style and graphics quality in Hidden Sins. The graphics are sharper and cleaner than those in other ERS-G games, with a striking level of details and many eye-popping sceneries. The quality of animations has also improved, the characters animate very smoothly and the cutscenes are excellent. Moreover, the soundtracks and voice-overs are just as impressive.

If you have already played other games from ERS-G, then it would be easy to find your way around Hidden Sins. The gameplay is pretty straightforward, with a couple of hidden object scenes and puzzles thrown in here and there. The hidden object scenes come in a variety of formats, all quite entertaining. The puzzles are mostly a different take on the familiar types, neither too easy nor too frustrating.

Apart from the usual features, the game also featured a special device that activates a mini-game which allows you to collect memory fragments in the area – we found it to be a little tedious. Another feature we do not quite enjoy is the interactive/conversation-style dialogs. We have seen this type of dialogs in many other games by other developers; however, they are far too excessive in Hidden Sins. Our conversations with the characters seem to go on forever, without actually achieving anything very useful.