Dark Romance: Heart of the Beast has an engaging plot and delightful visuals, but lacks the challenge and the wow factor.

TOTAL SCORE
You have rated this
Following the vampire romance in Dark Romance: Vampire in Love, Heart of the Beast takes an interesting twist on the traditional story of the Beauty and the Beast. Beatrice is on the hunt for the Rose of Life to save her father from a mysterious illness. Unfortunately, the old witch named Claudine has already taken the rose from its true owner, Prince Jonathan, and has also turned him into a beast! Not only that, Claudine even went around and turned people into animals. You need to go after Claudine, save the prince and find the magic rose before the world turns upside down. 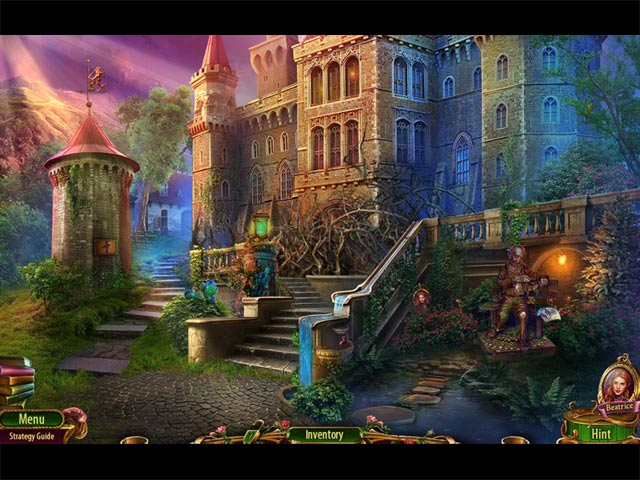 Dark Romance 2 definitely has a pretty intriguing story, which is told through two perspectives – Beatrice and the Prince. This unique feature was also included in the previous installment, and we are glad to see its comeback in this sequel. The problem with the plot though, is that apart from the two main characters and the witch; other characters are fairly unmemorable. We also found the voices of the characters to be very average, they could have been more exciting.

The presentation is one of the strongest aspects of the game. The graphics are basically wonderful, with bright colors that are not overwhelming and enough details to keep our eyes glued to the screen. However, they do look a little bit fuzzy, especially in the adventure scenes. In addition, the soundtracks flow well with the mood of the game, very beautiful indeed. 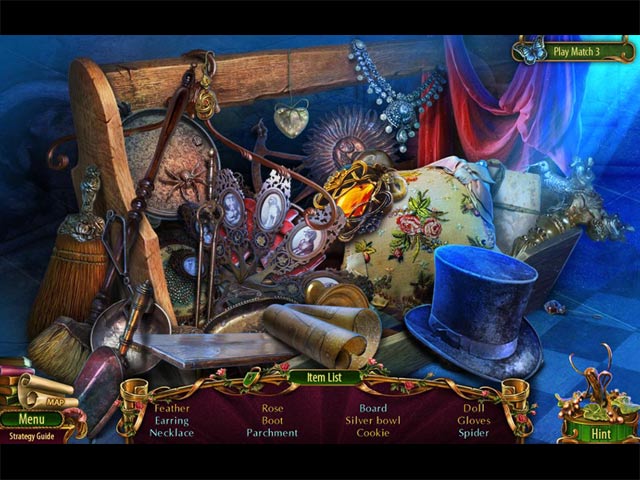 The gameplay of Dark Romance 2 is similar to those of other games in the genre. The adventure part is neither groundbreaking nor super challenging, but it is certainly professionally executed. The hidden object scenes are slightly more difficult, they come in a variety of formats and featured a Match-3 option. On the other hand, the puzzles are the same-old and dead easy – in fact, most of them can be solved quickly without the need to look at the instructions.

The Collector’s Edition includes three different sets of collectibles, achievements, concept art, wallpapers, strategy guide and soundtracks. The bonus chapter is 50-minute long, while the main game took us only a little over 3 hours to complete. 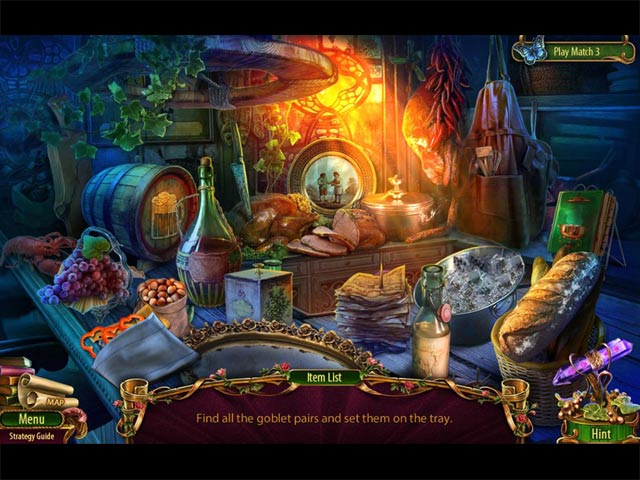 by Abhijeet Gaud on May 13, 2021
In this free hidden object games adventure, solve difficult Hidden-Object Puzzles while collecting Evidence and Photos to solve the murders and win Achievements!Original Soundtracks and Videos, as well as original Concept Art and Wallpapers, a full-length Bonus Chapter with find objects, and games for free!DominiGames has unveiled a new Fatal Evidence series, released on […]

by Abhijeet Gaud on May 12, 2021
Find out who is causing havoc in the Worlds of Chaos and Order! Solve difficult quests and find puzzles and brain teasers!Solve puzzles, riddles, and search for collectible sets when playing these hidden object games.DominiGames has added another gem to the Labyrinths of World series, released 25th January 2021. The British Library has hired you […]

by Abhijeet Gaud on May 11, 2021
Find secret items to progress through a variety of challenging puzzles and riddles! To save your Empire and its people from the Kinzul warrior, you must solve all of them!Search and collect all of the Kinzul statuettes and seek-and-find games to learn about them, as well as all of the medallion examples to learn about […]
Comments
Leave a reply

Featured Games
Cricket CEO 2021: Review
Kyte – Kite Flying Battle Game: Review
Ultimate Monster Truck: 3D Stunt Racing Simulator: Review
Hidden Objects – Fatal Evidence 1 (Free To Play): Review
Lost Lands 7 (free to play): Review
© 2012-2020, All About Casual Games.
All About Casual Games is licensed under a Creative Commons Attribution-NonCommercial 4.0 International License. Based on a work at www.allaboutcasualgame.com. Permissions beyond the scope of this license may be available at http://www.allaboutcasualgame.com/p/contact-us.html.
Send this to a friend