Reviews
previous article
Myths of the World: The Heart of Desolation - Review
next article
Reflections of Life: Equilibrium - Review The fantastic visuals aside, Ominous Objects: Phantom Reflection is just another standard dark fantasy game with a recycled plot and a well-made, but easy gameplay.

TOTAL SCORE
You have rated this
The Daily Magic Productions team is back with a brand new Hidden Object Adventure game! You have been called to the mansion of Lilith Armstrong to investigate a supernatural case of a haunted mirror. Just like in any other dark fantasy HOPAs, your job is to find out the truth behind this ominous object and rescue all the innocent victims of the mirror. 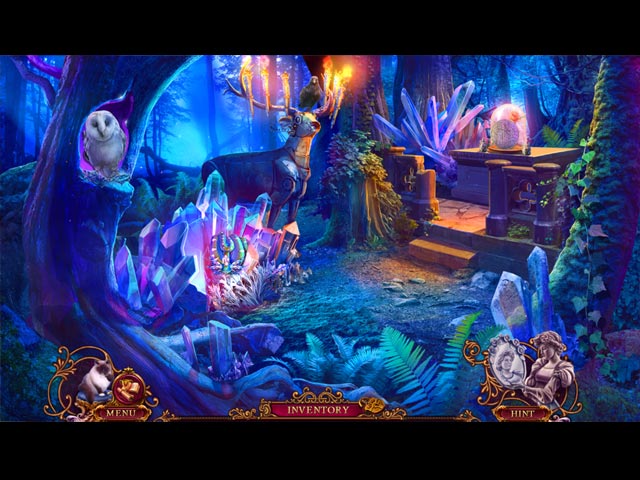 First things first, Ominous Objects: Phantom Reflection is a visual spectacular! With vibrant colors, some cool 3D elements and detailed artwork – nearly every single scene in Phantom Reflection is a perfection. The soundtracks of the game which play quietly in the background are also solid, the melodies are beautiful while not being over-the-top. The voice-overs are pretty much excellent, despite the lack of lip-syncing.

At the same time, the bright graphics of the game could backfire. While the game looks as splendid as it is, the overwhelming shades of blue and purple make the game looks less ‘ominous’ than what it might intend to be. Thus, Phantom Reflection feels more like a fairy-taleish fantasy rather than a horror. 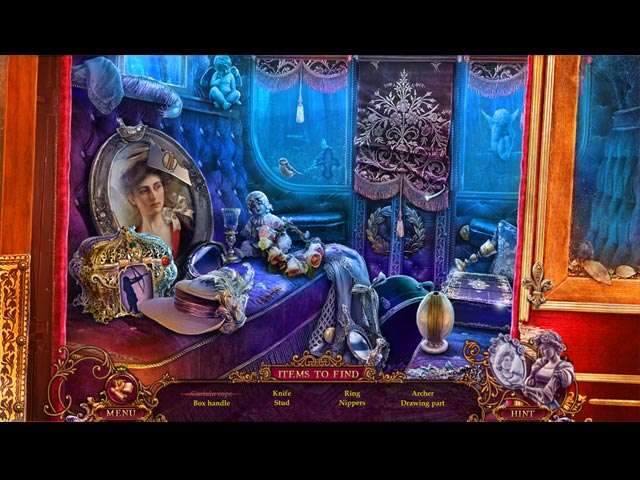 Gameplay wise, Ominous Objects: Phantom Reflection is not necessarily memorable. The adventure part of the game is mostly straightforward, and could be very suitable for beginners. The hidden object scenes, while smart and interesting, are not very challenging either. This same issue applies to the puzzles as well, the majority of them can be solved without the need of the skip button.

The game does include two special features though; the special goggles and the cat helper. Both of these features do add some value to the gameplay, or at least they do help spice things up a little bit. Still, they are both use-and-done type of features and therefore, are not really unique or special.

The main game spans over 6 chapters, with a total length of around 4 hours. The bonus chapter, by the way, plays similarly to the main game and lasted around an hour. The bonus section featured all the usual features as well as some extra mini-games, a decoratable cat room and a developer diary. 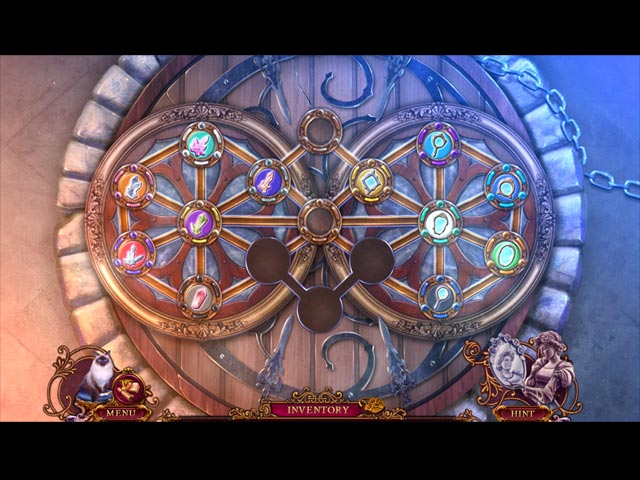