Christmas Stories: Hans Christian Andersen's Tin Soldier is the absolutely perfect game to get you hype up for the Holiday. You will be charmed all throughout the game by its spectacular colors, dominant Christmas cheers and whimsical characters all along with an exquisitely crafted gameplay.

TOTAL SCORE
You have rated this
We definitely know what to expect from Elephant Games when it comes around to Chirstmas season. Christmas Stories: Hans Christian Andersen’s Tin Soldier is the third installment in the popular seasonal Hidden Object Adventure franchise; this time the atmosphere is more celebratory and the storyline is more romantic than ever. 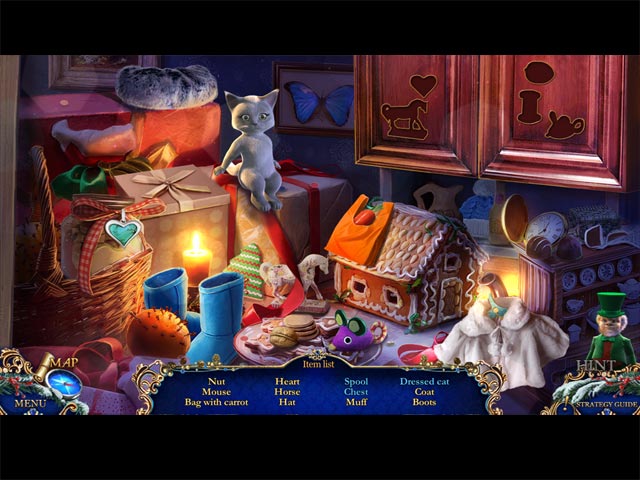 Christmas Stories: Hans Christian Andersen’s Tin Soldier is a loose continuation of the franchise’s trailblazer ‘The Nutcracker‘. The Rat King has turned three innocent lives into toys once again; help guide your old friend, The Nutcracker and your new pal, Tin Soldier on the mission to rescue Mary, the Ballerina from the evil Baron and his fellow. Despite being named Hans Christian Andersen’s Tin Soldier, the story in this game does not focus on the original classic; instead, Elephant Games has turned things round and spiced things up that this new Tin Soldier feels like a completely new story.

We were impressed by many of the puzzles included in Tin Soldier. Most of them helped advance the story in some very interesting ways, and a number of them are remarkably unique. Although the puzzles can feel a little time-consuming and tedious at times, we recognized and appreciated Elephant‘s attempt to level up the challenge factor which is considerably rare in today’s HOPAs. Apart from the main puzzles, Tin Soldier also featured a variety of mini-puzzles.

The visuals and sounds in Tin Soldier were certainly stunning. The graphics were extremely bright, high-spirited and splendidly colored – perfect theme for the holiday season. At the same time, the character animations are probably the liveliest and smoothest we have seen from Elephant Games – even though we felt like there was an excess use of unnecessary animations, the characters were really cute indeed. In addition, the soundtracks were Christmasy and professionally composed and produced.

Tin Soldier is undoubtedly a very busy game, with lots of locations to visit, countless things to collect and multiple tasks to be completed at the same time. Along with the Nutcracker who acts as the hint button, we also received help from the Tin soldier which sat at the bottom left of the screen. All the standard features expected were present in the game, from the beautiful jump-map to a custom mode difficulty setting. There was nothing notably innovative or unique in Tin Soldier, but it did manage to entertain us from the beginning to the end.

More advanced players might feel that Tin Soldier is a bit short, as we completed the game in just under 4 hours.  The Collector’s Edition of the game consists of two bonus chapter, which combined to make up a 40 minutes extra length, two sets of collectibles, a handful of achievements and the usual Gallery bling. 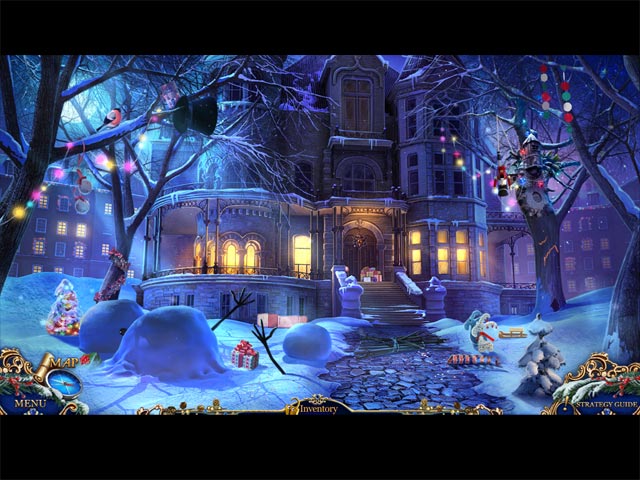