Dark Parables: The Little Mermaid and the Purple Tide – Review Long-time fans of the series might be somewhat disappointed by the switch in developers; nonetheless, Eipix created Dark Parables: The Little Mermaid and the Purple Tide with such perfection and care that impressed us all the same.

TOTAL SCORE
You have rated this
Eipix is definitely unstoppable now; the studio delivered a handful of top-notch games in the past year, as well as took over Hidden Expedition from Big Fish Games, Phantasmat from Codeminion/ERS-G and this time, one of the biggest HOPA series ever created, Dark Parables, from Blue Tea Games. 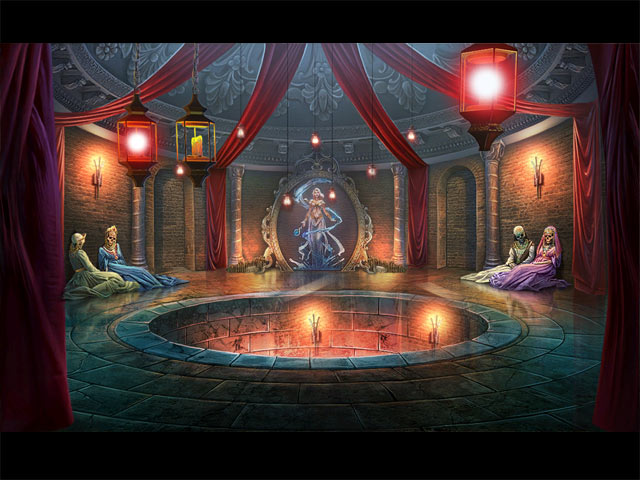 Since Dark Parables is such an iconic series, we were a little worried at first that Eipix would not be able to do the game justice. Defying our concerns, this eight Dark Parables game remained along the same line as the previous installments in terms of quality, if not, even better.

The Little Mermaid and the Purple Tide is a twisted version of the famous tale, The Little Mermaid, although the relation to the original story is very subtle. The storyline in Dark Parables 8 will keep you on your toes all the way through; journey through the enchanting kingdom of Prasino while trying to discover the secrets of the mysterious Purple Tide. Although we were captivated by the story, we did notice that the story in this installment is simpler than those in the previous games. There were less references to the stories and characters in other games which made this eight game loses its charm a little bit. 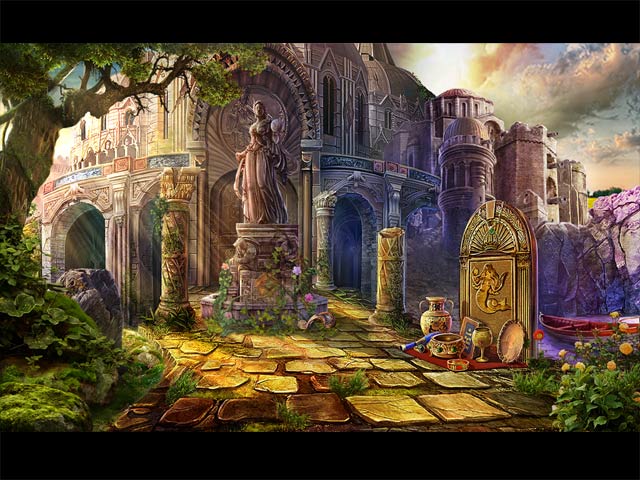 Despite knowing that the art team at Eipix is one of the very best in the industry, the artwork style of Blue Tea Games is extremely unique and incredibly difficult to imitate. It is clear from what we saw that Eipix put in a tremendous amount of effort in the attempt to recreate the same artwork style, in which the team did surprisingly well to some extent. The graphics in The Little Mermaid and the Purple Tide are no Blue Tea, but it is stunning and colorful enough for us to appreciate. We are glad that Eipix decided to remain some of the franchise’s signature sound effects and music, as they always work well with the series.

Regardless of all the faults above, the gameplay has significantly improved in this sequel. Games from Blue Tea were slightly predictable lately; but with Eipix, everything has been spiced up with creativity. The main gameplay is still largely based on collecting pendants, orbs and other fantasy items – still, we found the tasks to be much more interactive and innovative. The puzzles are entertaining, but not always original and a few of them are repeated 3-4 times. And finally, good news for all the fans out there, Dark Parables 8 is still filled with gorgeous Fragmented Hidden Objects Scenes.

In the Collector’s Edition, Dark Parables: The Little Mermaid and the Purple Tide also included a pretty heavy bonus content; something that has never been done by Blue Tea before. As for the length, the main game lasted roughly 4 hours for us – the bonus chapter is very solid, featured some breathtaking scenes, and has a 45 minute length. 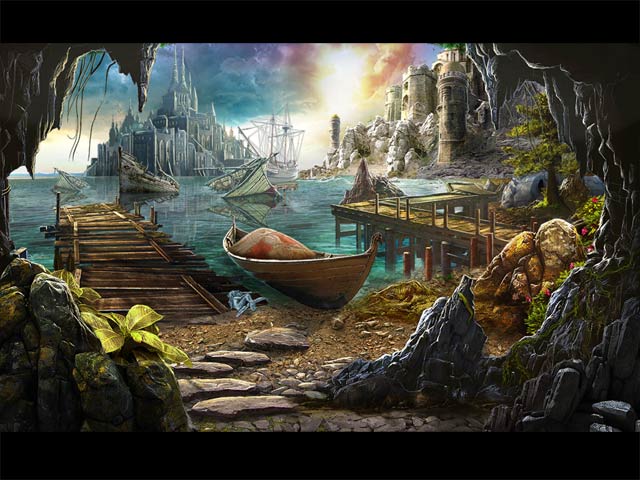