With lots to do and lots to look at, Agency 33 is a delightful game to keep you occupied everyday after work.

TOTAL SCORE
You have rated this
Free-To-Play Hidden Object games have now become the new generation of HOPAs; while many titles were incredibly successful, some were fairly low in sales and popularity. Luckily, Agency 33 from Elefun Games is categorized in the former group – and here is why. 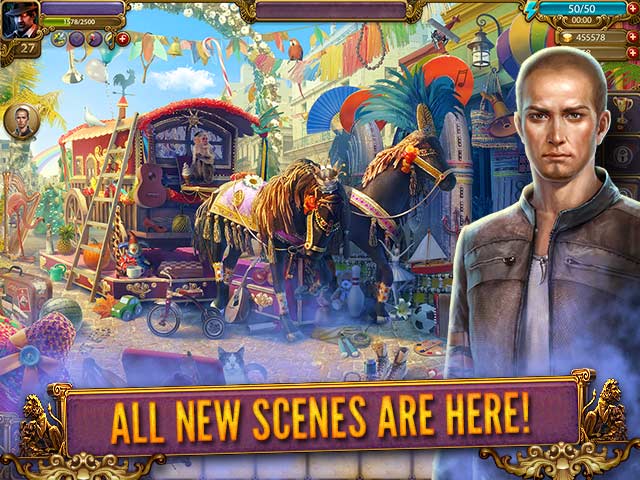 You have recently joined the Agency 33 and was on your way to seek the secrets of the Keeper when your car suddenly ran off the road and splashed into the water. You woke up with amnesia and only the Curator of the Agency, Iris, knows your existence. You need to find the Keeper and fulfill the ritual, before Titans and other evil gods invade the human world. As usual with any Free-to-Play adventure-style games, the story in Agency 33 is seemingly-endless. We would not say that the plot here is particularly exciting or captivating, but it is enough to shape the game and give us some purpose of playing.

Despite the ho-hum storyline, other aspects of Agency 33 are surprisingly amazing. The graphics are very modern and colorful; the quality is on point and each scene is attractive to its best. Also, the special effects are very fancy, while not being overwhelming. On another note, we also enjoyed the audio tracks and effects in Agency 33. The background music remains fairly quiet most of the times, letting the sound effects dominate the soundwaves. 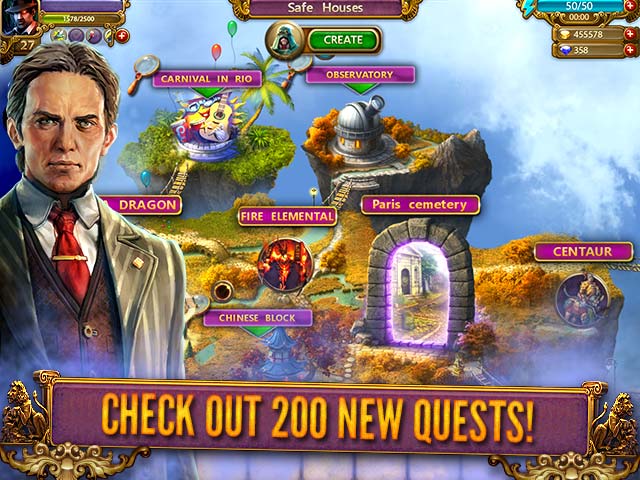 If you have played a F2P Hidden Object before, then you would probably get hooked by Agency 33 pretty quickly. The game has you searching a hidden object scene after another, finding quest items and complete the objectives. Each hidden object scene requires a set of energy to play; the energy will refill overtime, but can also be recharged immediately using gems which can be purchased using real money.

From what you have read, Agency 33 might sound like another ordinary freemium game; but rest assured, it has much more to offer. Apart from the usual aspects of a F2P Hidden Object, Agency 33 incorporates more of the adventure elements than most of games of its kind. There are a handful of adventure locations to explore, and tasks to complete. The majority of the tasks must be completed by creating special objects in the Creation Room, which is another unique feature in Agency 33. The Creation Room makes use of the items you received upon completing hidden object scenes, plus a little patient – and there you go, a magical object in your possession.

We personally think that the in-app purchases element of this freemium game balances quite well with the gameplay. The normal free session length of Agency 33 would be around 15 minutes, which should be enough for a day. 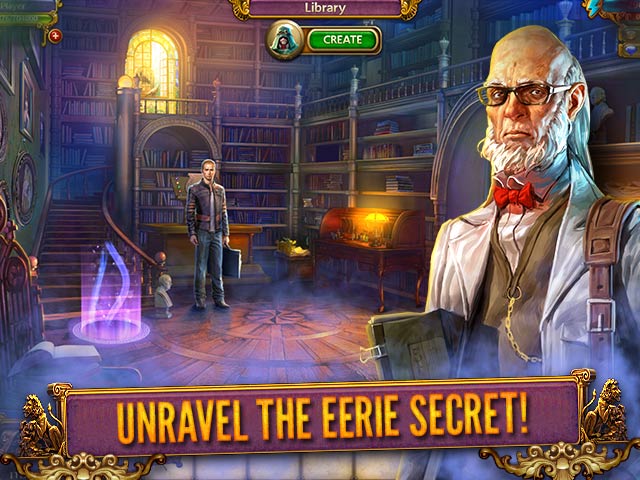 Featured Games
Mystery Trackers: Forgotten Voices: Review
Enchanted Kingdom: Elders: Review
Grim Tales: Trace In Time: Review
Hidden Objects – Secret City 4 (Free To Play) Review
Hidden Objects Enchanted Kingdom 2 (Free to Play): Review
© 2012-2020, All About Casual Games.
All About Casual Games is licensed under a Creative Commons Attribution-NonCommercial 4.0 International License. Based on a work at www.allaboutcasualgame.com. Permissions beyond the scope of this license may be available at http://www.allaboutcasualgame.com/p/contact-us.html.
Send this to a friend