If you love hidden object scenes and puzzles, Queen's Quest: Tower of Darkness is a decent game to try out. It surprised us with its solid visuals, amusing storyline and characters and last but not least, a very entertaining gameplay.

TOTAL SCORE
You have rated this
It was the day of the Royal Blessing, the Princess and Prince Henrik are now the proud parents of their baby. That was when Magnus arrived and turned Prince Henrik into stone and kidnapped the baby to the Tower of Darkness. Follow the Princess on her rescue, unravel the secrets of the Prince’s background and discover what debt he has to repay.

Queen’s Quest: Tower of Darkness is a fantasy Hidden Object Adventure game, the second HOPA production from Brave Giant Studios. Fans of fantasy games are going to be impressed with the quality of Queen’s Quest; the game is set in a beautiful fairytale world with vivid magical spirit running through the game. Presentation wise, Queen’s Quest is qualified for a CE game. Although the graphics can look a tiny bit out-dated, most of the scenes are exquisitely done with gorgeous details and bright colors. The soundtracks are also very charming, very suitable for a fantasy game like this. We also found nothing notably wrong with the story. It might not be the most unique one, but it is a truly enjoyable one.

On a slightly negative note, Queen’s Quest is heavily focused on hidden object scenes and mini-games, too heavily we could say. There is not much of an adventure gameplay featured in Queen’s Quest; yes, there are still locations to jump back and forth and tasks to solve here and there, but most of the time you would likely to find yourself searching through a hidden object scene or completing a puzzle rather than wandering around the fairytale world. Fortunately, both the hidden object scenes and puzzles are fairly well done. Some of the puzzles are those we are familiar with, while quite a few are refreshingly fun.

Anyhow, Queen’s Quest: Tower of Darkness is excellent on its value. Apart from the usual gameplay, it also included some extra features as if it is a Collector’s Edition. There are Achievements, many of which are pretty interesting. Over 40 Collectibles and a Bonus Chapter, despite its very short length. 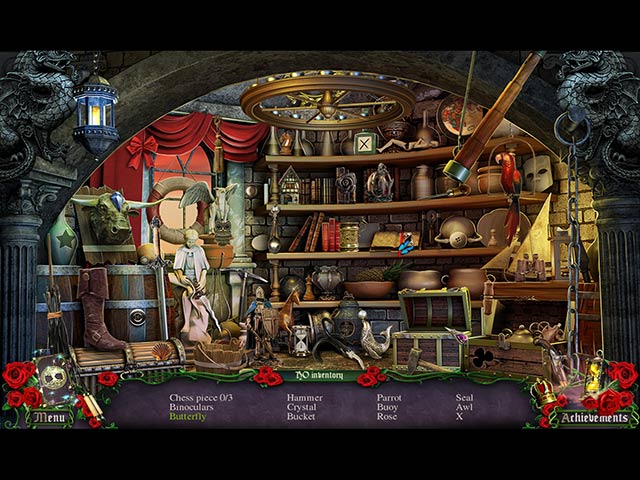