Shrouded Tales: The Spellbound Land is indeed a spellbound game; from out-of-this-world visuals to a delightful gameplay, this game has it all. We have definitely enjoyed our time casting spells in Havenwick and cannot wait to return for some more goodness in the sequel!

TOTAL SCORE
You have rated this
As Veronica, a now grown daughter of a mother with magical powers; you have to rescue your mother who has been banished to the Shadow Realm by the evil Master of Shadows since you were young as well as return light to the city of Havenwick! 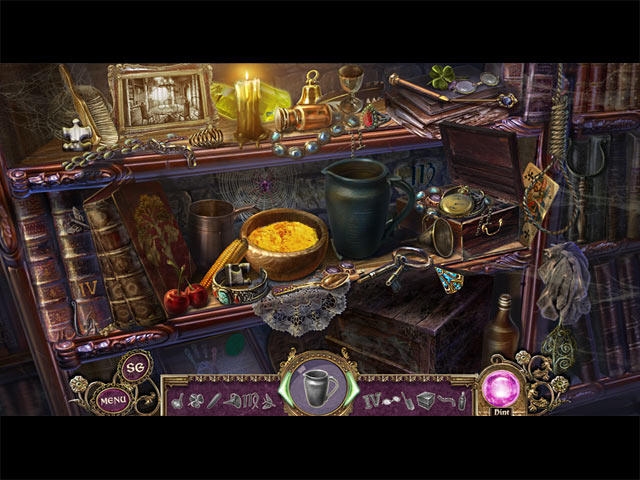 From the blurb above, Shrouded Tales might not sound like the most original game ever; nonetheless, it has managed to captivate us from the start to the end. While the story of a lost mother in a magical fantasy land might not sound so intriguing, the way the story develops in this particular game is pretty interesting. By restoring and repairing the altars, the game allows you to switch between the real world and the Shadow Realm. Basically, there are two parallel worlds where actions in one world can affect the elements in the other.

Apart from the realm-switching feature, Shrouded Tales: The Spellbound Land also includes some nice twists. The six different magical spells, for instance, they can be earned once you have collected all the missing colored glowing collectibles – they are extremely helpful during your adventure and you tend to seek their accompany very often. Also, the interactive map is beautifully designed and the hidden object scenes come with superb interface. 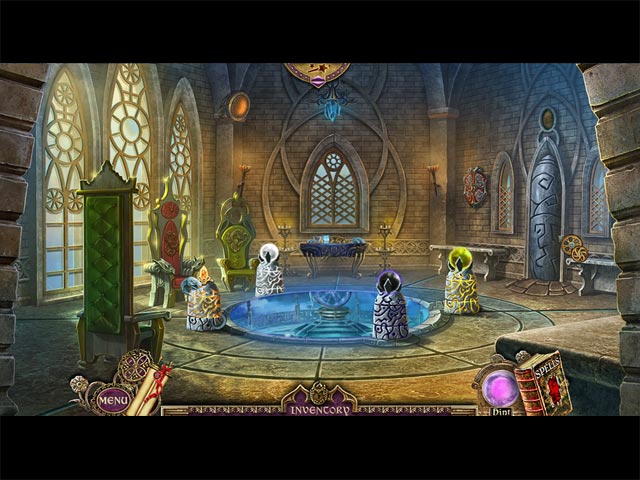 In terms of the visuals and audio, Shrouded Tales is second to none. With its eye-catching artwork, enchanting special effects and spectacular sights; there was not a single moment of boredom when we were playing the game. The soundtracks are also very satisfying, they do not feel out of place or repetitive; at the same time, the voice overs are solid and easy to follow.

In contrast to all those positive aspects, Shrouded Tales: The Spellbound Land is definitely not the game for those who seek for some challenges. The gameplay in Shrouded Tales is most of the time, straightforward; although it is a very busy game with lots to do, the tasks are just not very demanding. Moreover, the puzzles are somewhat easy; regardless of the fact that many of them are very fun and creative.

No matter how easy the game might appear to you, let us assure you that Shrouded Tales: The Spellbound Land is not a short game. We completed the game in just a tiny bit over 4 hours, with an hour or so in the Bonus Chapter. Along with the predictable extras, the Collector’s Edition also consists of several cool features such as the Lost Pages that are humorous to read and the Final Quiz which is a smart addition. 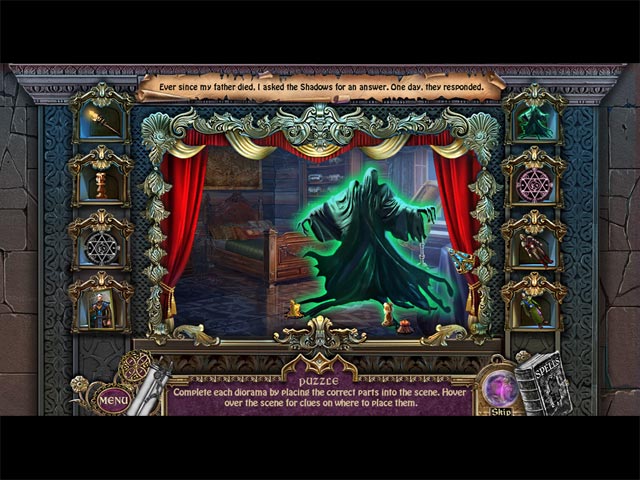 Labyrinths of the World: Hearts of the Planet – Review

by All About Casual Games on August 27, 2020
The Labyrinths of the World series always finds creative ways to take players on spectacular adventures and this brand-new sequel, Labyrinths of the World: Hearts of the Planet achieves just that! Join Olivia and Simon on their trip to Norway, but things turned upside down when a giant hole opened up in the ground – […]

by All About Casual Games on August 4, 2020
After having successfully solved the Cinderella case, the Fairy Godmother is back for her second adventure in Fairy Godmother Stories: Dark Deal. A trip to visit your godchildren Gerda and Kai goes south when you discover that something is wrong with Kai. With dark forces involved and a dangerous figure named The Seller at the […]
Comments
Leave a reply

New PC/Mac Releases
Featured Games
Mystery Case Files: The Harbinger – Review
Labyrinths of the World: Hearts of the Planet – Review
Murder in the Alps – Review
Dark Romance: Vampire Origins – Review
Bluff Plus – Review
© 2012-2020, All About Casual Games.
All About Casual Games is licensed under a Creative Commons Attribution-NonCommercial 4.0 International License. Based on a work at www.allaboutcasualgame.com. Permissions beyond the scope of this license may be available at http://www.allaboutcasualgame.com/p/contact-us.html.
Send this to a friend