In spite of the game's disappointing length and other minor flaws, Mystery Trackers: Blackrow's Secret is one of the very best HOPAs we have not been getting in quite some time. It might not be realistically creepy like in the previous installments, but Blackrow's Secret definitely delivers.

TOTAL SCORE
You have rated this
When speaking of Hidden Object Adventure games, many would definitely remind of the Mystery Trackers franchise. Mystery Trackers is unarguably one of the oldest, biggest and most successful HOPA franchises, and Elephant surprised us every time by bringing something new to each release. This seventh game, Blackrow’s Secret, might not be as spectacular some of the previous ones; but it is still marked with Elephant Games‘ quality and unlike with some of the older series, we are not yet tired of the game. 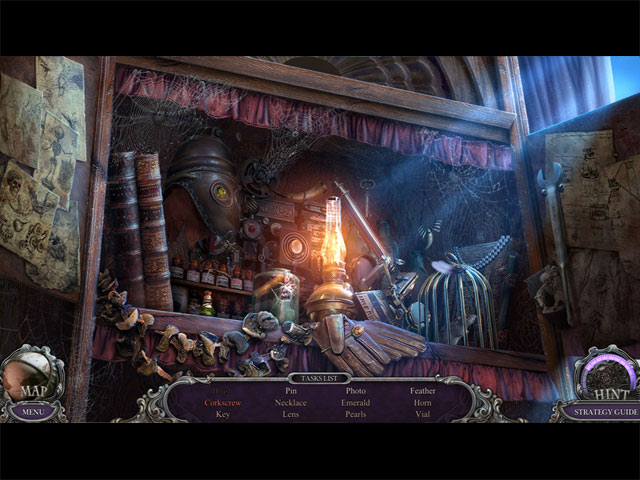 The story in Blackrow’s Secret is somewhat typical; a famous superstar, Norma Shine was kidnapped by a mysterious figure in front of your own eyes. This leads you to the area quarantined by a deadly plague, named the Forbidden District in search for Norma and the dark truth. Mystery Trackers has always been a darker hidden object series, and this installment is probably the darkest one yet regarding the story and the chilling atmosphere. Despite that, to us, Blackrow’s Secret does not seem to be the perfect fit to this popular series; it is less realistic than its predecessors and definitely more supernatural, Mystery Trackers seems to has lost its charm a little bit.

Set that aside, Mystery Trackers: Blackrow’s Secret is splendid to look at and also to play. The graphics are of top-notch quality, detailed and crystal clear scenes filled with amazing special effects and accompanied by dramatic soundtracks. The cutscenes are as epic as we could have expected from Elephant Games, although they might be as action-packed as some other Mystery Trackers games. 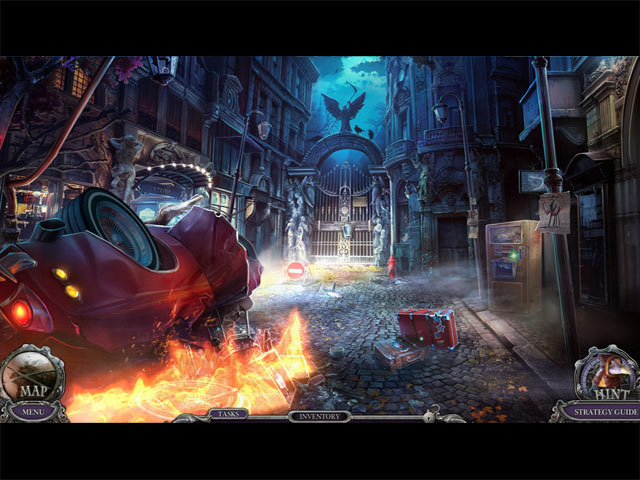 Mystery Trackers: Blackrow’s Secret does not sway too much from the genre’s standard gameplay. the adventure part is reasonably standard, with a couple of slightly more complicated tasks and interactions. The game consists of a great amount of backtracking, so we are grateful for the jump-map included. As for the hidden object scenes and puzzles, they are exceptionally well made. The hidden object scenes look very fine, even though they come in only one standard mode. The puzzles are mixtures of fresh ideas and old-school ones, many of them are pretty challenging as well. Moreover, there are some inventory items that require unlocking; these mini-games cannot be skipped and can become frustrating at times.

As fun as it is, Mystery Trackers: Blackrow’s Secret is undeniably a very short game. For us, the main game ended conclusively under 3 hours – plus a fair length Bonus Chapter. Other extras in the Bonus Content are predictable; and finally, our favorite Secret Room is back! 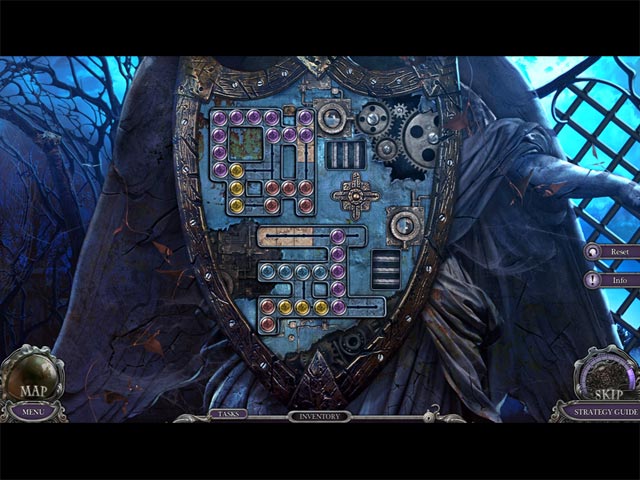