TOTAL SCORE
You have rated this
PuppetShow is an unarguable classic, seemingly never-ending Hidden Object Adventure franchise, which lately, has gotten a little bit tiring. ERS-G appears to have realized this and as a result, apart from the creepy puppet’s factor; Lightning Strikes has nothing to do with the story of Felicia and her peers in the previous five games. 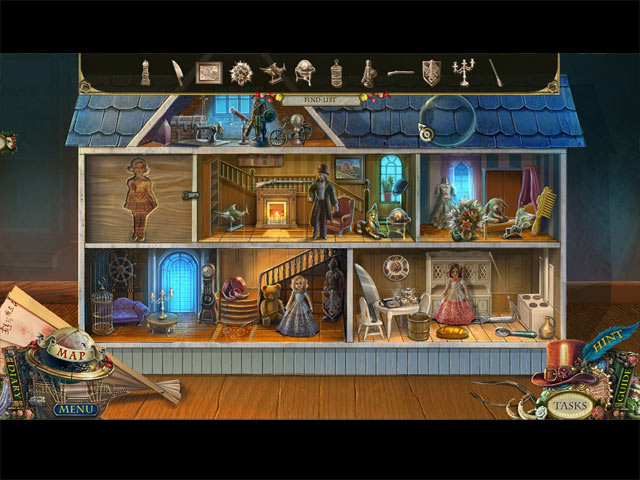 Because of its entirely new plot, PuppetShow: Lightning Strikes feels like a fresh start for the series. In Lightning Strikes, a series of lightning has hit Paris while many young women have disappeared and turned into puppets. It is a story of revenge, desire and deadly romance – a pretty captivating one, although not totally new. Our minor complaint goes for the characters which sometimes perform illogical actions; also, their voice-overs are annoyingly robotic.

The presentation in Lightning Strikes is top-notch, one of the very best we have seen from ERS-G. The town of Paris is beautifully portrayed through amazingly colored scenes, detailed elements and fascinating locations. The cutscenes are exciting and high in quality; moreover, the soundtracks are finely produced and the special effects are startling.

Luckily, there is not much cuteness in this game like in some other ERS’s games. For that, Lightning Strikes remains on par with its predecessors in terms of spookiness and the gloomy environment. Despite that, the gameplay in Lightning Strikes is ridiculously childish; perhaps it is one of the easiest games in the recent months. ERS has added this extra feature which is the ‘Find’ bar – this unnecessary bar appears at the top of the screen and tells you what to find in each scene; not only in Hidden Object scenes, it appears in the adventure part of the game as well, to indicate what inventory items you need to collect. Furthermore, the Hidden Object scenes are not very challenging; even though they come in a nice variety and are smartly designed. The puzzles are better, a few of them required some brain-work and you can adjust the difficulty.

However, PuppetShow 6 is not at all bad – partly because it is a terribly long game. We completed the game under 5 hours, and another hour or so for the Bonus Chapter. Other extra features are noted below in the checklist, including the Collectible coins which can be used to repair several World Monuments. 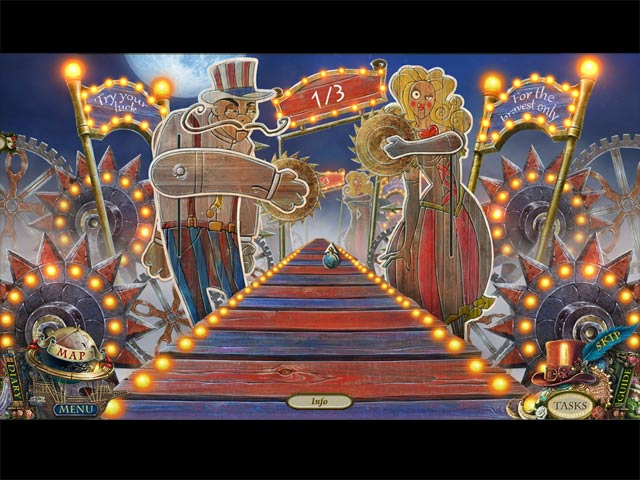