1
new
Journey 2020: Experience A Breathtaking Adventure Like No Other
Reviews
previous article
Youda Sushi Chef 2 - Review
next article
Myths of the World: Of Fiends and Fairies - Review To conclude, Shadow Wolf Mysteries: Under the Crimson Moon is a professionally-made HOPA with a couple of cool innovative features. Nonetheless, there are areas for improvements.

TOTAL SCORE
You have rated this
The famous Shadow Wolf Mysteries has now come to the fourth game. You are in the 1890s, investigating a case after case of suspected werewolves murder!

We are extremely glad that Shadow Wolf Mysteries is not another HOPA franchise ruined by ERS-G by adding cute animal helpers and childish features. Shadow Wolf Mysteries: Under the Crimson Moon is a creepy one, with chilling atmosphere, blood stained and many, many dead victims. We also appreciate how ERS-G approached this sequel with two main unique features; the magnifying glass and the analyzer. Whenever you encounter a new character, alive or death, a magnifying glass will be popping up asking you to scan the person to spot any clues leading to the investigation. The Analyzer is there to analyze some of your inventory items, discover what they really are by answering a few simple questions. These two features really add some values to the gameplay and make Under the Crimson Moon not as tedious as some of the recent ERS-G games.

What really come as a disappointment, at least fr us, is the visual presentation. ERS-G is known for making HOPAs with awesome artwork and beautiful scenes. The graphics in Under the Crimson Moon is still high in quality; however, we feel like we have been to most of the locations before, they are uninspired and not as stunning as we have expected. Anyway, the music is mesmerizing and the voice overs are solid, despite the lack of lip syncing. 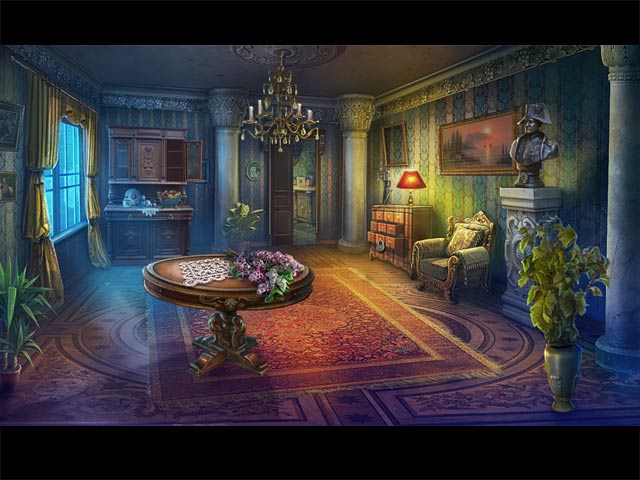 Under the Crimson Moon focuses more on the puzzles than the hidden object scenes. Puzzles are unoriginal, yet entertaining – many of them can be switched between Casual and Hard mode so they should appeal to all levels of players. The Hidden Object scenes usually repeat themselves twice, each time on a different searching mode.

All this being said, we do not have the urge to recommend the Collector’s Edition of the game. It is not because the length of the extra materials as this game has a satisfying length and quite a strong bonus content. For us, Shadow Wolf Mysteries: Under the Crimson Moon lacks the excitement factor. We were thrilled to play the game at first, but we got a little bored after a chapter or two. 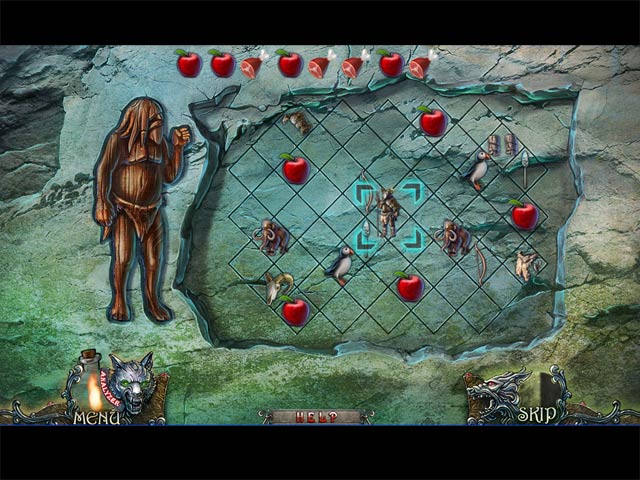