Awesome graphics aside, Haunted Hotel: Ancient Bane is a fairly average game. It is very well put together and does nothing wrong, but it is not very memorable or original.

TOTAL SCORE
You have rated this
There was a time when we got excited over almost every single game put out by Elephant Games. We do not know if it is just us or not, but lately games from Elephant are getting more predictable and less challenging. Since Haunted Hotel: Eclipse, Elephant took over the franchise from SpecialBit. The previous one was pretty impressive; unfortunately, we found Ancient Bane to be very mundane. 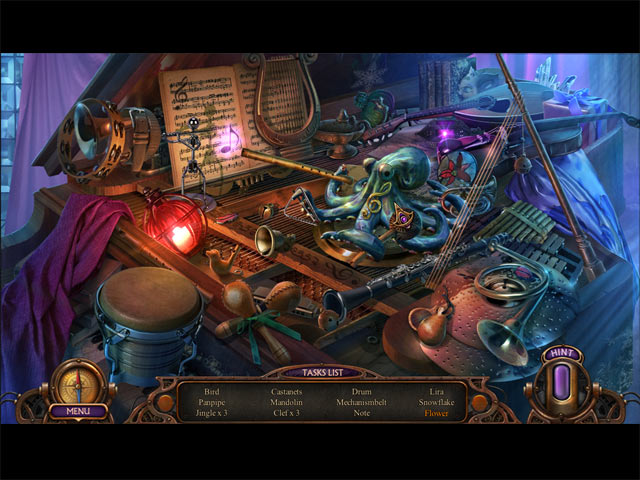 Abraham Shadowy bought over a haunted hotel in the hope to change it into a profitable attraction. Things did not go as planned as his guests started to disappear, one by one. He invited James, your detective fellow to investigate this sinister case and so, you tagged along. Haunted Hotel: Ancient Bane does not have a very strong story since at the end, it appears to be just another paranormal/supernatural kind of story. There are plenty of events happened in the game though; from floating knives to walking spirits. Nonetheless, Ancient Bane did not give us that ‘WOW’ factor we expected to get from a Collector’s Edition game.

In contrast, Haunted Hotel: Ancient Bane is visually mind-blowing. Most of the scenes are dark, but the artwork and the colors are simply brilliant. The quality of the soundtracks is no less amazing, very dramatic with a sense of creepiness; despite that, they could go a little too far sometimes. 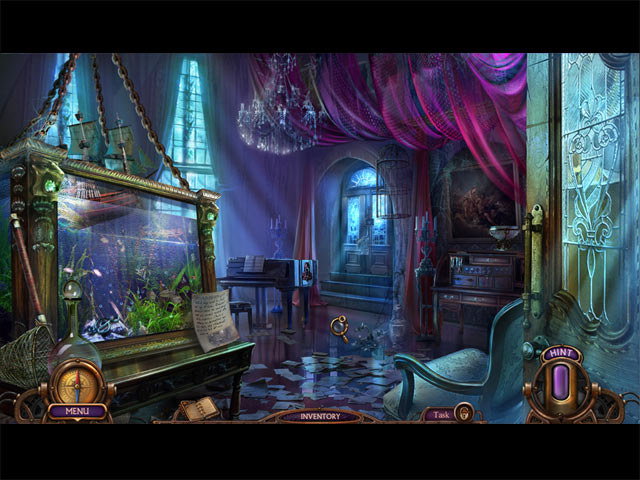 We found the gameplay to be the same-old, nothing innovative and a little tiring. Hidden object scenes and puzzles are both very easy, neither very unique. Apart from that, all the standard HOPA features are there; an interactive map, a diary, difficulty choices and so on.

The extra features in Collector’s Edition are the ordinary;  wallpapers, strategy guide, screensavers, concept art, soundtracks, achievements and collectibles. At least the length of the game is satisfying, roughly 4 hours on the main game and another hour on the bonus chapter. 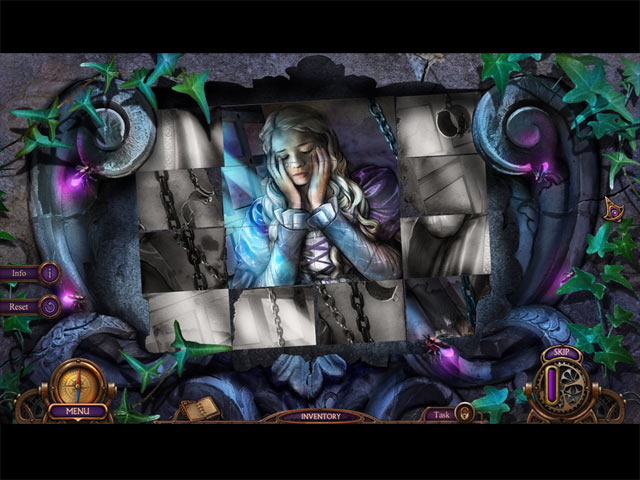