TOTAL SCORE
You have rated this
Shaman Games is definitely on the rise! Witch’s Pranks: Frog’s Fortune is the latest addition to the collection of HOPA developed by Shaman, and it is the best one yet! 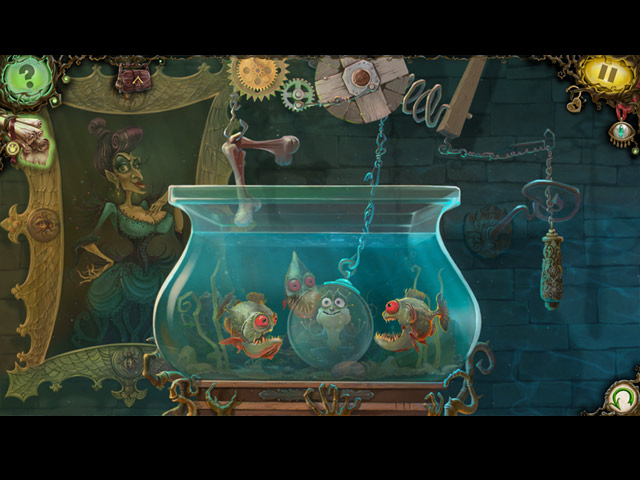 No matter how much we love this game, we know that Witch’s Pranks: Frog’s Fortune is not for everyone. It is a cuteness overloaded type of fantasy game with lively and humorous characters and Disney-themed storyline. In Witch’s Pranks, the witch casts a spell on the Prince and turned him into a frog – only his fiancée can turn him back into human form. Unluckily, the witch caught you from witnessing all these events and in just a second, you are being trapped as her prisoner as well. Still, you have managed to escape and free the frog prince. You now have to travel through the magical portal and find the prince’s fiancée before the witch comes back! All of the dialogues and scripts, even the diary pages in this game are extremely well written with plenty of humor and silliness to keep you giggled and entertained.

Witch’s Pranks: Frog’s Fortune is terrific in terms of presentation as well. The graphics are in surreal 3D style and the animations are superbly life-like. The quality is top-notch, colors are bright and the sharpness is stunning! Furthermore, the soundtracks and voices are expertly done and seem to fit the mood and theme of the game perfectly. 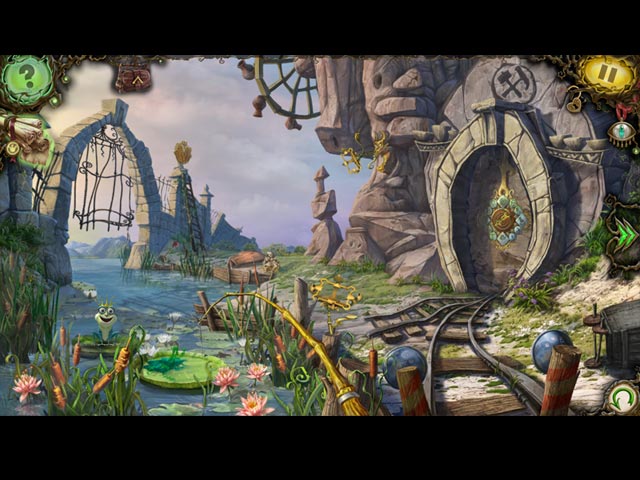 What we admired about Witch’s Pranks: Frog’s Fortune is the game’s  quirkiness, wackiness and its vivid creativity. All locations are so much fun to explore with awesome details and some locations even include the scrolling function which we enjoyed. The hidden object scenes are pretty cool as they usually come in fragmented-objects type, but with a few tricks upon their sleeves. The mini-games and puzzles are impressively innovative; not all of them are unique, but the developers added some fresh twists even to those that are typical. Witch’s Pranks: Frog’s Fortune involves a handful of potion-mixing, spell-casting and any other fairy-tales tasks imaginable. The difficulty of the gameplay is very balanced, not too straightforward but not too complicated. However, there is one feature that lacked in Witch’s Pranks; an interactive map – although the amount of backtracking is not unbearable, a map would be appreciated.

by All About Casual Games on October 13, 2020
Here comes Domini Games with another twisted fairy tale. In Talesville, Little Red Riding Hood has been kidnapped, supposedly by the Big Bad Wolf. As the Fairy Godmother detective, it is your job not to leave any stones unturned. Is this just a simple ransom case or is there something underneath the cover? Following […]

by All About Casual Games on August 12, 2020
Not even a year has passed since the release of Alice’s Wonderland: Cast In Shadow, and we are already on the third installment. In Shackles of Time, Alice is grappling with her emerging adulthood while Wonderland falls for a curse and is frozen in time. Can you help Alice save her friends once again? The […]
Comments
Leave a reply